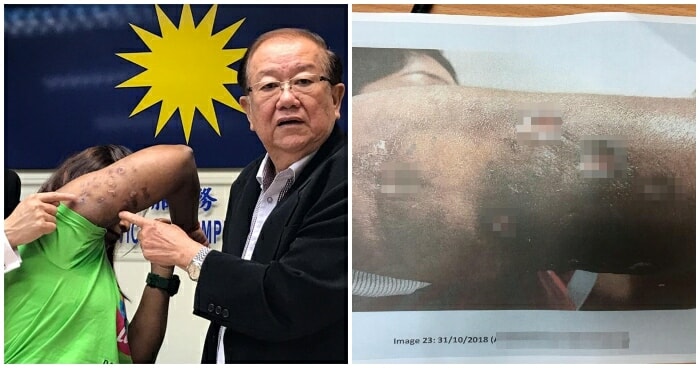 We all know that beauty is pain, but what happens when you end up with all the pain and none of the ‘beauty’? A 25-year-old Malaysian found out the answer the hard way, after receiving injections that could supposedly ‘dissolve’ the fats in her arms.

In a press conference held by MCA Public Services Department Chief Datuk Seri Michael Chong, the PJ-born woman said she had seen an online ad for an aesthetic clinic in Brickfields back in August 2018, and initially planned to go for a ‘fat-freezing’ treatment to eliminate excess flab on both arms. However, according to Kwong Wah, she decided to try out fat-dissolving injections upon the advice of a female physician there, who had informed her the substance was derived from plants. 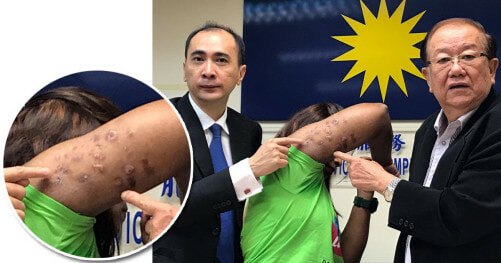 She paid RM700 and injected 10ml (5ml per arm) of ‘fat dissolving’ substance into her arms and the treatment was done. However, within a month, a bacterial infection began to spread in the areas where the injections were first made, followed by swelling. She decided to return to the clinic to seek treatment, where another physician got rid of pustules left by the infection – without anaesthesia. Our blood is curdling just at the thought of it.

However – surprise, surprise – her condition did not improve, and finally, she went to the University Malaya Medical Centre for proper medical care, where she wound up being hospitalised for 10 days. At present, her arms are heavily marked by scars, with significant signs of rot in the injected areas. She is currently under the care of a specialist clinic and has already spent RM5,000 on treatment. Think of all the other things the money could have gone to! 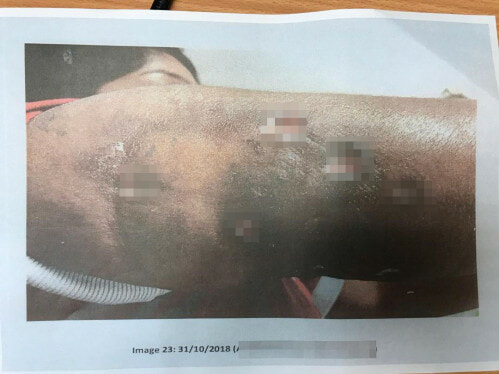 Escalating medical costs aside, she has lodged a report against the clinic as well, and filed a complaint to the Malaysian Medical Council (MMC), which swiftly revealed that only one out of the four physicians at the clinic has a licence to practice.

She went on to say that she actually received a call from the clinic recently, but ignored them. In regards to the next step, Chong stated that the department’s legal advisor James Yee will assist the woman and fight for her rights to pursue the matter legally.

Do be careful in choosing where you seek medical/aesthetic treatment, for it could lead to damages that scar for a lifetime!