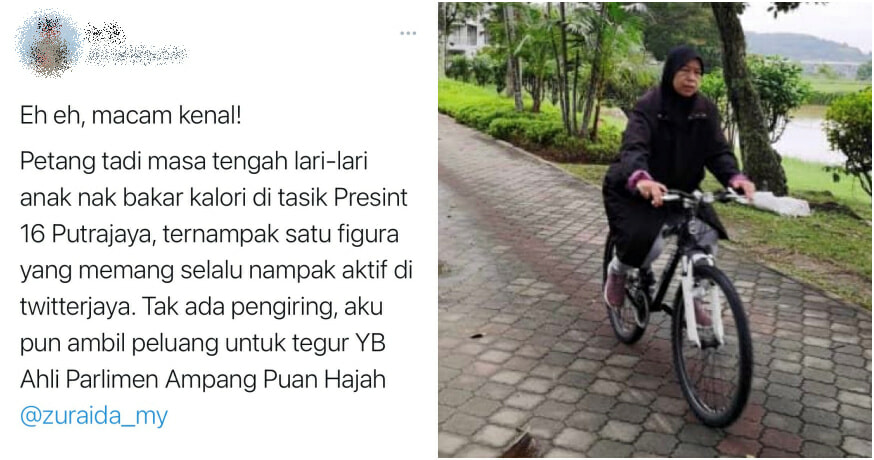 In a series of now-deleted tweets, a popular Malaysian Twitter user with over 103,000 followers admitted to allegedly having been paid to tweet positively about Minister of Housing and Local Government (KPKT), Zuraida Kamaruddin.

“Eh, eh, I think I recognise! While I was taking a jog in the afternoon at Tasik Presint 16 Putrajaya, I saw a prominent figure who is usually active on Twitter. She was jogging alone so I took the chance and invited her for a chat.” 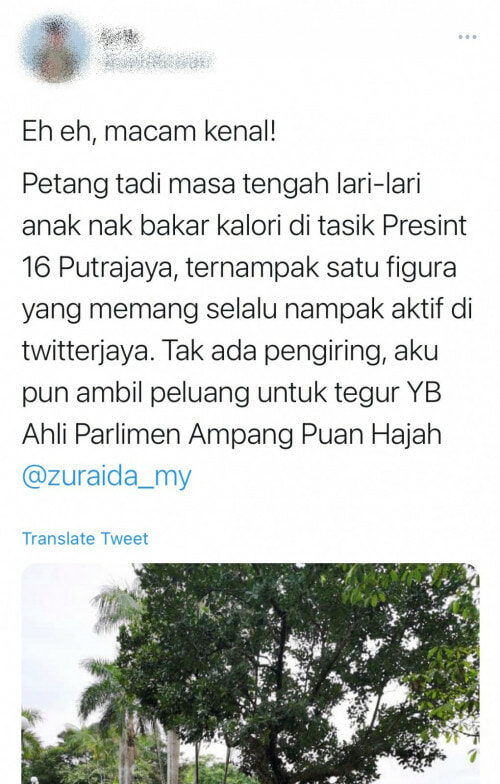 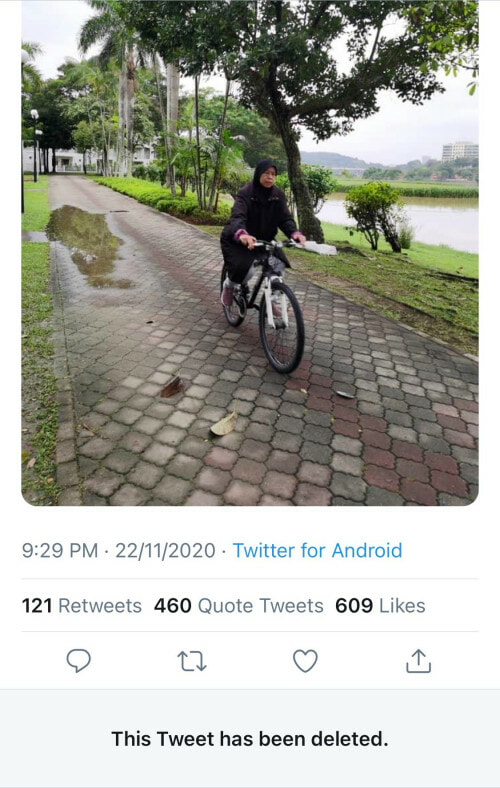 The tweet garnered various positive responses, with netizens praising the public figure for being humble and kind. However, the tweet also received backlash, with Twitter users voicing out their scepticism on the validity of the tweet and whether or not he had actually bumped into Zuraida.

Netizens called him out for his hypocrisy as he had made negative tweets about both Zuraida and the government in the past. The tweet was then promptly deleted, raising even more questions and sarcastic responses from netizens. 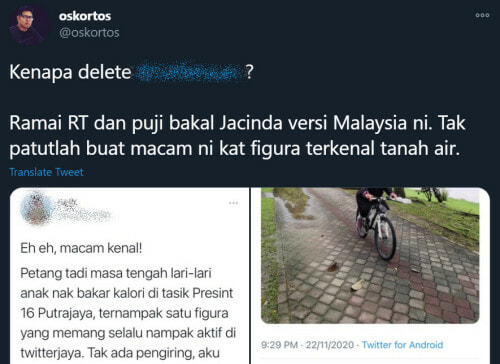 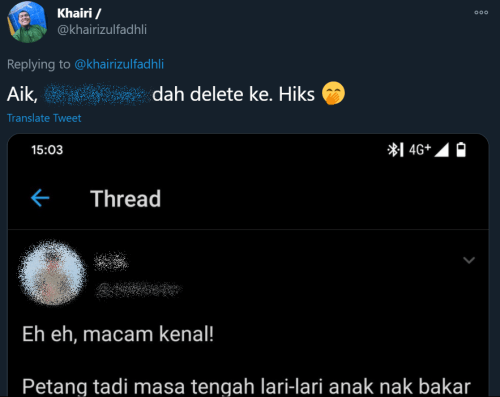 In a now-deleted Twitter thread, the user apologised for his tweet and explained that the Tweet was made as a favour to a friend, denying any accusations of bribery.

“I did not think that my sharing yesterday about someone could harm me today until many people criticised and accused me in various ways. I accept all that with regret,” he writes.

“….I swear that I did not get paid off by JASA nor did I receive any bribes. I was paid under the premise of “Jat, you do paid tweets right?” Yes, I do paid tweets and paid RTs to help businesses and as a type of promotion. What happened last night isn’t something I do often. As I said, I was asked to do this by a friend who I thought was close. I don’t understand people who say no to friends.”

Netizens have been criticising him for ‘selling out’ and for deleting his apology tweets soon after they were all made as well. WORLD OF BUZZ has reached out to the Twitter user for comments, but we have yet to receive a reply.

Well, what do you think? Are paid tweets promoting government officials okay in your book? 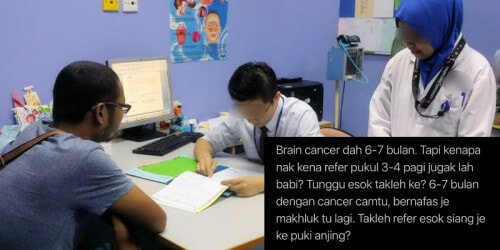