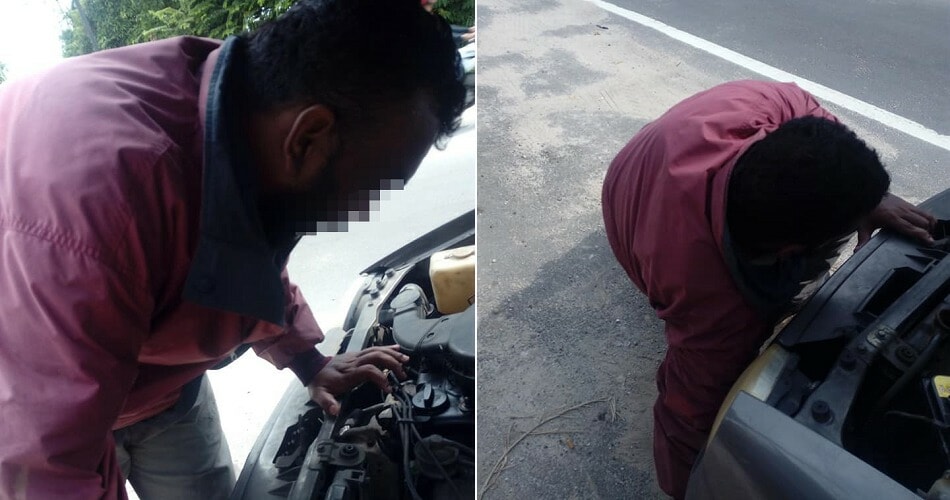 If you often hang around Ulu Yam, Selangor then you may want to be extra careful of this guy!

Sinar Harian reported that an imposter is going around and claiming that he is a car mechanic to cheat people. According to Abdul Hakim Shahbuddin, he and his family were on their way home from Taman Eko Rimba, Sungai Tua on Sunday (16th June 2019) when they had an encounter with this fraud.

“We went in different directions after a day out with my extended family. After a few kilometres on the road, my car started heating up.”

“I stopped the car and went down to check on the radiator. My radiator appeared to have dried up because there’s no water at all. Then, I discovered that water had been leaking out of the car.”

Following that, Hakim said that he was approached by a stranger who offered to help and at that moment, he didn’t think that the person could be a scammer because he was just glad that someone came to help him. Tbh, anyone would feel that way! 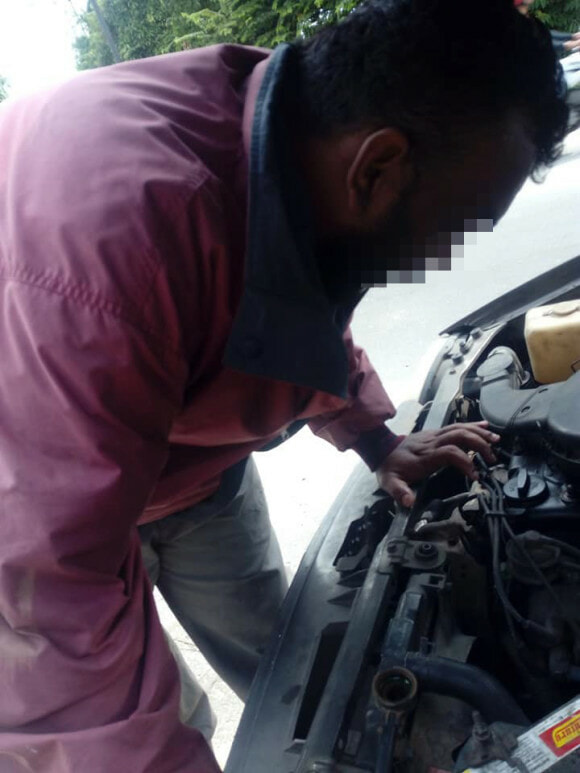 The man proceeded to check Hakim’s car without asking and found out that the car’s radiator was leaking because a screw went missing. So, the man offered to go to a garage and get the required equipment to fix Hakim’s car. The stranger told Hakim that he would be back in 10 minutes.

While Hakim was waiting for the stranger to come back from the garage, he received a phone call from his brother-in-law and Hakim decided to tell him what happened.

Surprisingly, Hakim’s brother-in-law said his car had broken down too, and similarly, the car also overheated. Plus, the same screw was nowhere to be found. Hmm, suspicious!

After the call, Hakim started to doubt the “kind” stranger’s intentions because his brother-in-law was going through the exact same situation as him.

This led to Hakim suspecting that the stranger could be a fraud while he fixed the car. When the man finished fixing it, Hakim asked him if RM10 was acceptable for his services but the man declined and asked for RM30 instead.

Disclaimer: We aren’t sure if Hakim agreed to give RM30 to the man for his services as it wasn’t specified. 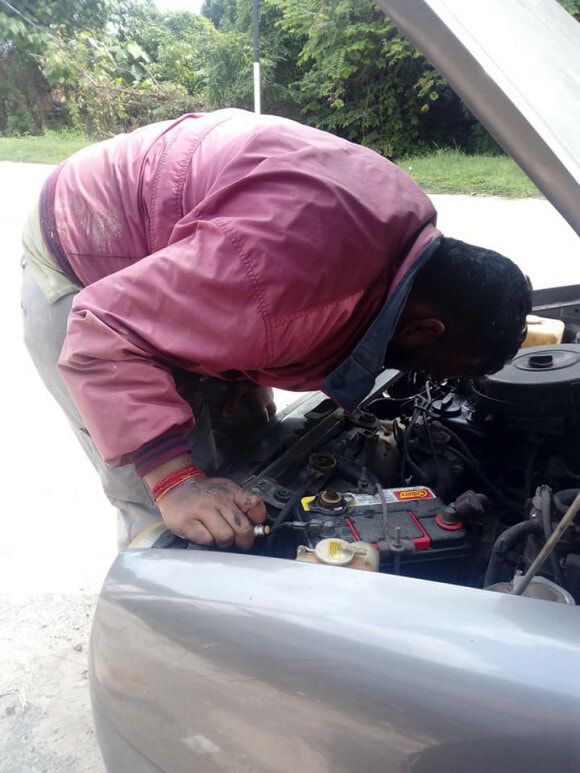 Hakim, who was still suspicious of the stranger, rang up his brother-in-law again and asked him if he came across a man on red Honda bike who posed as a mechanic.

Validating Hakim’s suspicion, the brother-in-law revealed that he was approached by a man who fit the description above. Apparently, the man initially offered to fix the brother-in-law’s car for RM65, but he declined.

After he refused the man’s offer, the fraud came back with another proposition. The mechanic said that he would sell him the screw for RM20 but the brother-in-law would have to fix it by himself. Meaning, the mechanic wouldn’t fix it for him!

Well, isn’t this an unfortunate encounter! 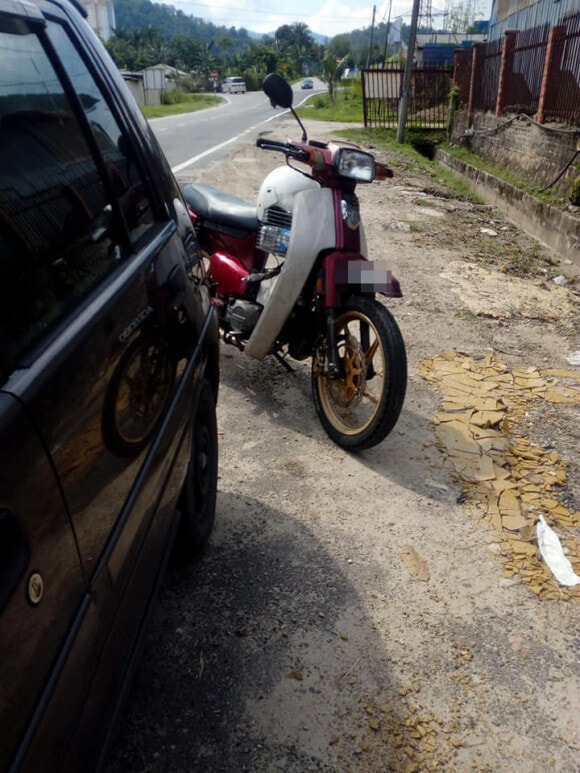 Having said that, Hakim wanted to warn everyone about the fraudulent activities taking place at the waterfalls of Ulu Yam. He urged people who visit the waterfalls to be vigilant in order to avoid an incident like the above. Take note, guys!

Also, he reckoned that people who run the place or the authorities should put up a surveillance camera to ensure the safety of the public. Sounds like a good idea.

On that note, don’t forget to share this article with your friends and family in order to alert them to the dangerous situation in Ulu Yam. Take care, guys! 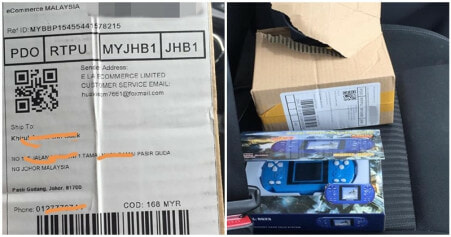