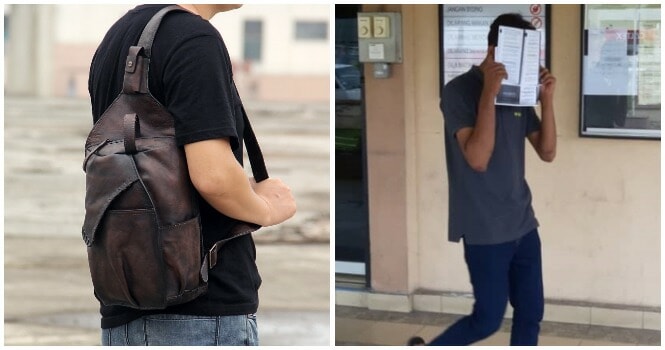 A teenage boy made a false report at a police station because he was worried that his mother would scold him for losing his sling bag, reported Utusan. He was fined RM 1,500 by the magistrate court today (1st August). 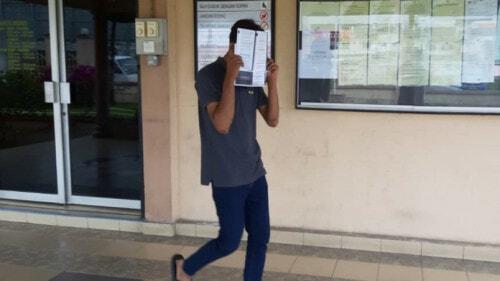 Magistrate Norhabsarina Ayob handed down the punishment on the accused, Muhamad Abraz Mohamed Akram (age 19), after he pleaded guilty to the charges.

According to the charges, Muhamad Abraz was accused of giving false information to Lance Corporal Norhasliza Abdul Jalil. He told her that his sling bag was snatched when he was at a crossroad, near a traffic light at Kuala Kangsar-Chemor, Perak.

Muhamad Abraz allegedly made the report at Balai Polis Kampung Tawas, Ipoh at 7.55am on 14th July (Sunday).

He was accused under Section 182 of the Penal Code, which could bring up to 6 months jail time or a fine up to RM 2,000 or both, if found guilty.

The prosecution was carried out by Deputy Public Prosecutor, Jean Siow Chung Hwei, while Muhamad Abraz was not represented by a defense attorney.

Chung Hwei requested the court to sentence a fair punishment towards the accused so that this will be a lesson learnt for the accused and the public.

Initially, in his plea, the accused appealed for the court to hand down a lighter punishment because his family was going through a financial crisis and his mother had to borrow the money to pay the fine.

Magistrate Norhabsarina then sentenced the accused to pay a fine of RM1,500. If Muhamad Abraz failed to pay the fine, he would have been sentenced to a month in jail. Fortunately, he has paid the fine.

Based on the case facts, Muhamad Abraz made a false police report because he was worried that his mother would scold him for losing his sling bag when he was having a drink at a restaurant.

That one false report brought so much trouble to him and his family. The RM1,500 could have helped his financially unstable family for at least a few months.

Hopefully, Muhamad Abraz will be more careful next time and people learn from his mistakes. 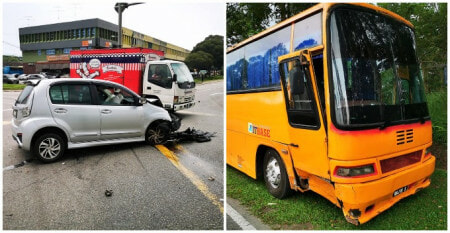