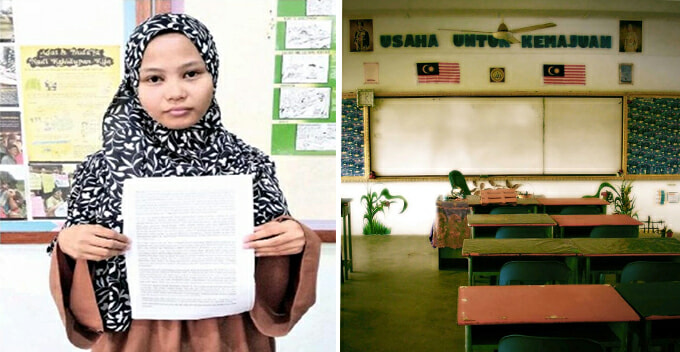 Sure, it’s fun when a teacher is absent, but for eight months? That’s too much!

An 18-year-old in Sabah wants to sue her former English teacher for not attending and teaching her class for eight months. Nafirah Siman, from SMK Taun Gasi, Kota Belud has sued Jainal Jamran for not teaching them back in 2015, when she was in Form 4.

According to Malaysiakini, the suit was filed through Roxana & Co on 16 October. The suit also mentioned the school headmaster, Suid Hanapi, Kota Belud district education officer, the Sabah education director-general, the Education Ministry and the government as defendants. 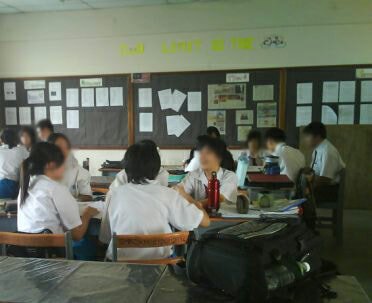 For illustration purposes only | source: thesop

The suit from Nafirah claims that Jainal did not attend classes from February to October 2015, except for a week when the Education Ministry and state Education Department visited the school. The young girl also wrote a speech saying,

According to Borneo Post Online, Nafirah continued with her speech, saying, “At SMK Taun Gusi, most of the stu­dents come from poor and needy fam­ilies. At the school too, most teach­ers have ex­pe­ri­enced hard­ship and poverty when they were students like us. Now they are all suc­cess­ful and their lives are better be­cause they received good edu­ca­tion.”

Even with numerous complaints, the headmaster did not take any action against the teacher and Nafirah also claims that the headmaster has been covering up the issue by falsifying Jainal’s attendance. Apparently, reports show that he was only absent for two months, instead of eight. 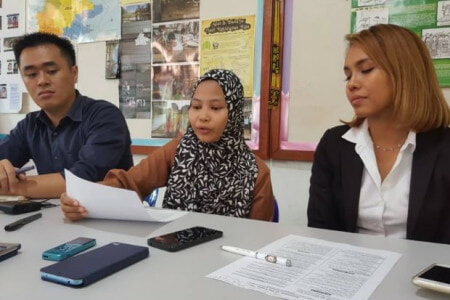 She says this has violated her constitutional rights for access to education and is seeking a declaration from the defendants of their statutory duty under the Education Act by failing to provide for her education during the period of him being absent. Nafirah said that due to the teacher’s absence, all the stu­dents in the class including her had failed in the English sub­ject in their exam.

She added that he had only made his appearance in class when the year-end exams were around the corner. It was reported that he is currently still in the school and was still up to his old tricks.

In her lawsuit, Nafirah is seeking for exemplary, general and aggravated damages, including costs. The case will be fixed for mention on 19 November.

What do you guys think? Would you like it if a teacher does not come in for eight months? Let us know in the comments!

Also read: M’sian Student Almost Failed Her BM Paper After Using This Pen During The Exam 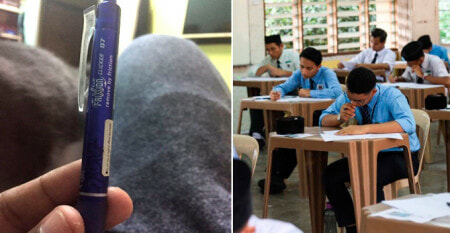