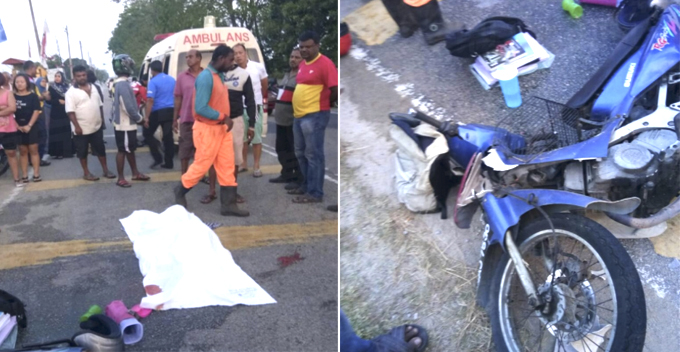 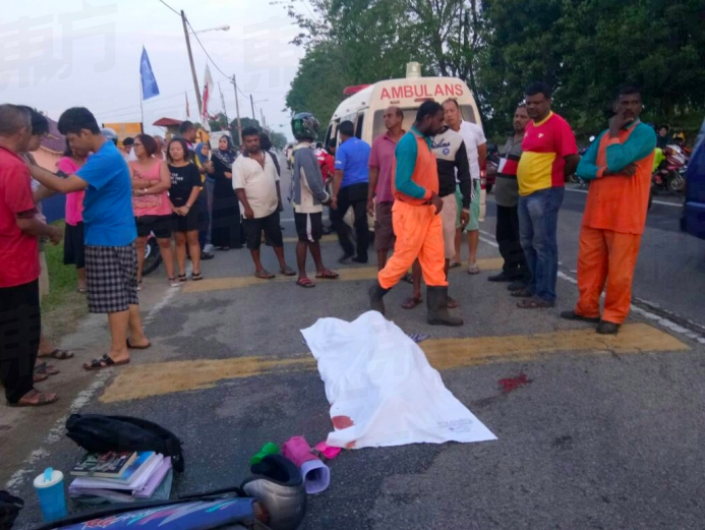 According to Oriental Daily, the tragic accident happened in Mantin, a small town in Seremban at 6.30am this morning. The victims have been identified as two sisters who were on their way to school.

Like any other day, the sisters who are in Form 4 and Form 6 respectively, rode together on a motorcycle to Sekolah Menengah Kebangsaan Mantin. Unfortunately, they were rear-ended by a vehicle that heartlessly fled the scene right after. Own up to your mistakes man! 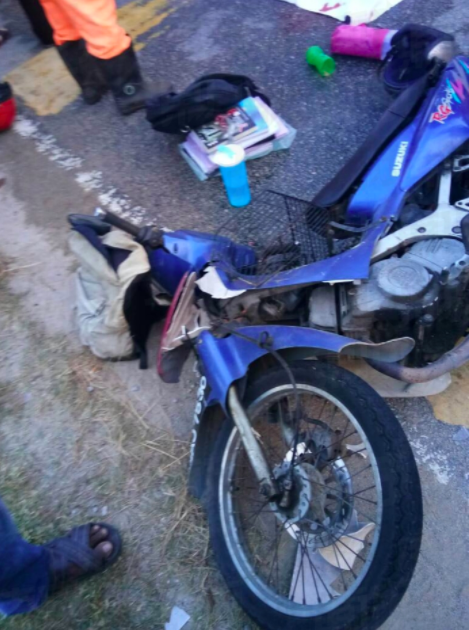 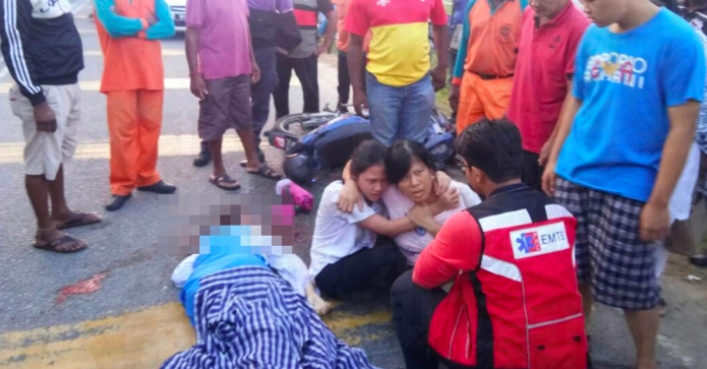 The elder sister suffered minor injuries but the younger sister, who is only 16 years old, was severely injured and needed immediate medical treatment. Sadly, the ambulance only arrived after one hour, and the victim died at the scene. There are no reports as of yet why it took that long to arrive.

The victims’ family rushed to the scene and broke down after seeing their younger daughter lying motionlessly on the ground. Nilai assemblyman, Arul Kumar rushed to the site too upon receiving the news and offered his condolences to the family.

When interviewed, Arul Kumar criticised Klinik Kesihatan Mantin for not having an ambulance ready, and that whenever there’s an accident, the locals can only rely on ambulances from Seremban or the civil defence force ambulance from Lenggeng. This is totally unacceptable, he said. 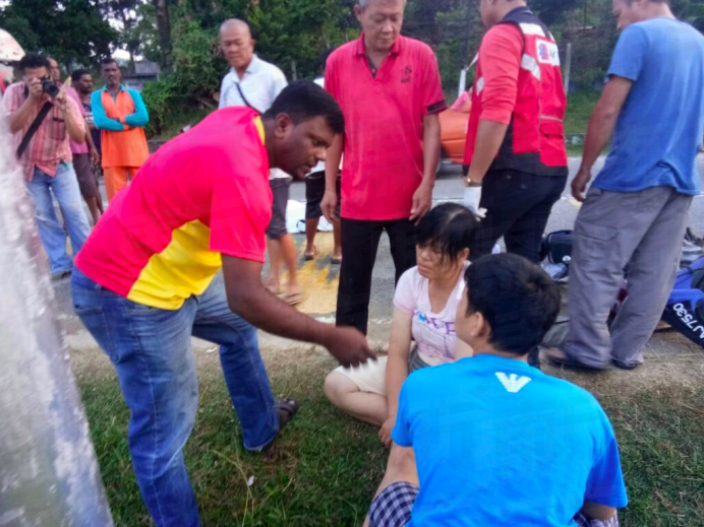 It was understood that there was an ambulance at Klinik Kesihatan Mantin, but it was being repaired since last month and thus, couldn’t be deployed.

After reading this news, netizens were enraged as the girl could’ve survived the accident had the ambulance arrived promptly. Also, drivers, please move out of the way if an ambulance is coming through. Don’t hog the lane like it’s your father’s road!

We hope the ministry would take this issue more seriously and that the police is able to track down the driver who fled the scene so that justice can be served.

Also read: M’sian Denied of Insurance Claim After Getting Hit by Ambulance, Here’s What Cops Say 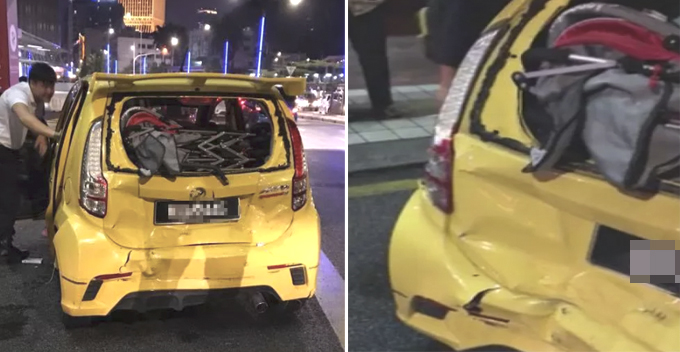