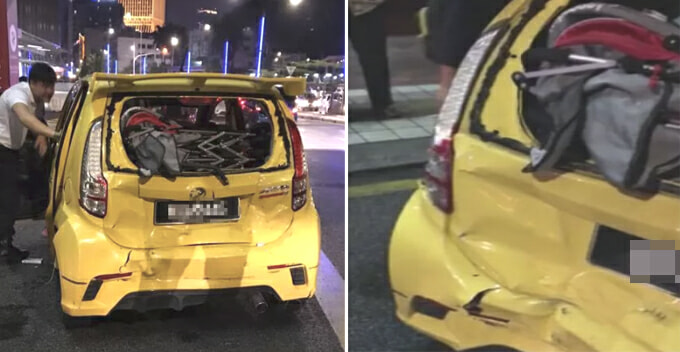 Normally, we would give way to an ambulance upon hearing the blaring siren as it is either rushing to a crash site or ferrying a wounded patient to the emergency department.

However, if the speeding ambulance accidentally crashes into your car, can you claim insurance from the ambulance? Hmmm…

Recently, a Malaysian netizen was shocked when her Perodua Myvi was rear-ended by an ambulance in Kuala Lumpur. As a result, the car’s rear windshield was smashed into pieces while the trunk and bumper were dented. Man that’s gonna cost a lot to repair… 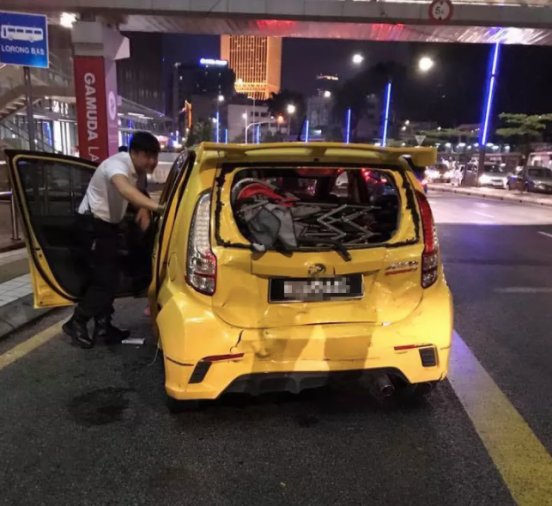 That wasn’t even the most shocking part, because the ambulance driver blatantly shunned their responsibility and left the poor lady helpless.

The victim known as Xiao Hui, then posted her encounter on Facebook to seek for advice. Here’s what she wrote.

“I saw the traffic light turn red, so I braked. When the car was stopping, I felt a massive force crashing into the back of my car.”

“I only found out that an ambulance had rear-ended my car after two young men came to me,” she added.

The girl was panicked and shaken as the scene was chaotic. When she managed to keep her head, the ambulance driver approached her and clarified with her.

“The ambulance driver told me that it was impossible for me to claim their insurance, because they will tell the truth by saying that they’ve switched on the siren and was on the way to fetch the wounded.

“They only crashed into me because my car was blocking their way,” she explained.

“I don’t know why they would say something like this, but I strongly feel that I’m not at fault. The lights turned red and I should stop,” she defended herself before putting things into perspective had she been in another type of vehicle.

“You (ambulance) crashed into me at high speed and pushed my car along the road. If I was riding a motorcycle, I would’ve been dead by now.” 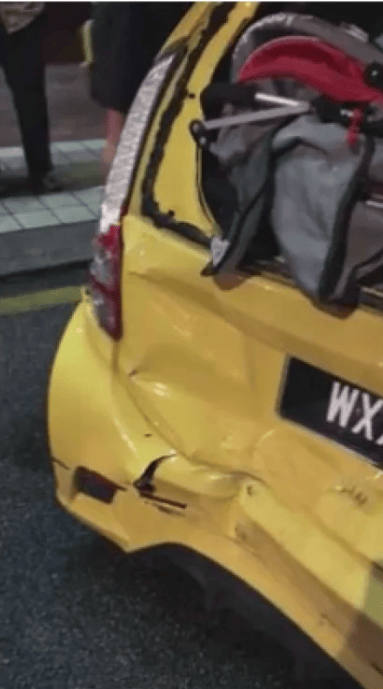 This post went viral on social media with netizens pouring in their two cents.

“This is ridiculous! Just because she was in your way doesn’t mean you can crash into her! That would only lead to more casualties!” a concerned netizen commented.

After the opinions of netizens were weighed in, here’s what the police have to say.

“A lot of motorists think that if they collide with an ambulance, it would automatically be their fault, and that they are not able to claim insurance from the ambulance, but that’s not the truth.

“After the accident, motorists can still lodge a report and let the police look into it,” DSP Shafie Daud, Kuala Lumpur traffic police head of investigations said.

Besides, the police also said that an ambulance on duty should be cautious and must slow down when running a red light, crossing a junction and cornering. After all, they would still be held accountable in the event of an accident.

What’s your thoughts on this incident guys? Have you ever been in a similar incident? 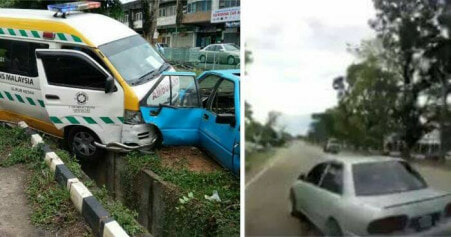