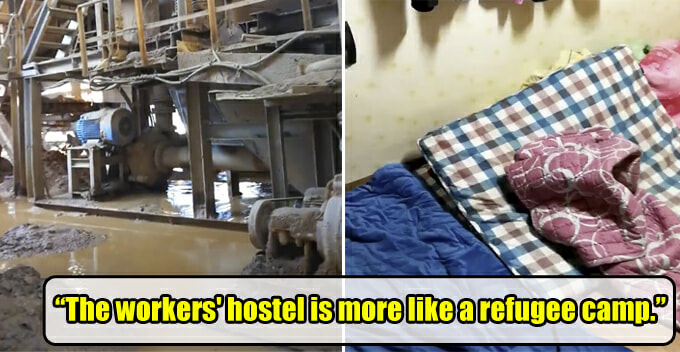 Of late, many Malaysians have been roped into working holidays in South Korea where they’re promised a lucrative salary and an easy-going work environment.

Recently, a netizen named Eric was introduced to such package and the salary advertised on the online ad was between RM190 and RM350 per day, depending on the worker’s gender. 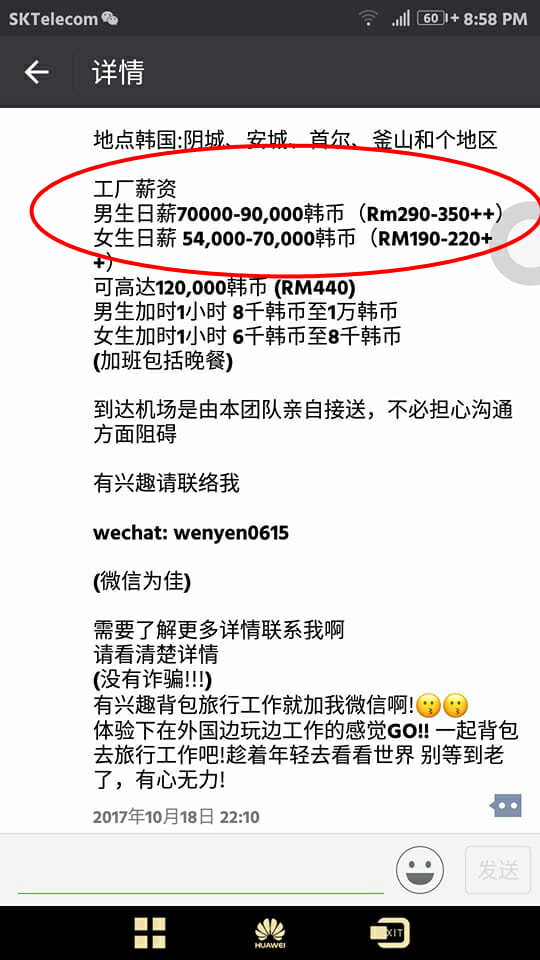 However, he later discovered that the situation isn’t as rosy as advertised after accepting the offer and working there for a few days. So, he shared his personal experience on Facebook and here’s the brief translation of what he wrote.

“I was promised an indoor work environment at a factory, but I ended up digging sand under the sun at a sand factory. What’s next? A graveyard?”

“I was told that there’d be jobs for us (labourers) every day, but it turns out that I could only work if there’s a vacancy.”

In fact, Eric was first stationed at a slaughterhouse and only upon his request to the middleman that he wanted to change jobs, he was sent to the sand factory, which wasn’t really ideal either.

Also, he pointed out that his position there was more like a back-up labourer, where he’d be sent to any place that required extra manpower. Thus, he had no idea where he’d be going to work or what he would be doing the next day.

“The workers’ hostel is more like a refugee camp. The meals provided were nasty and we ate the same dishes seven days a week.” 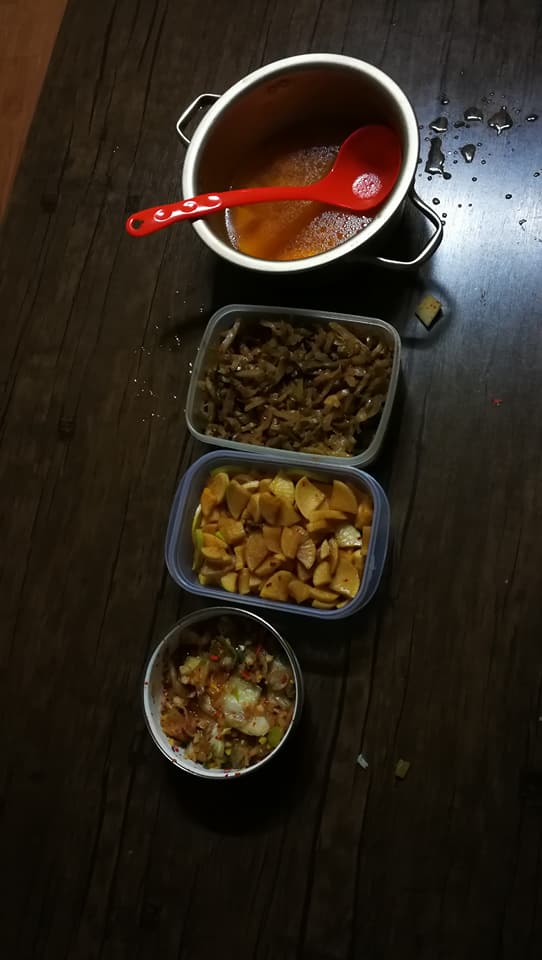 He added that they had to pay 10,000 won (approx. RM38) per day for the unappetising meals and that there were 17 workers staying in one house. They even had to take turns using the only bathroom in the house.

Besides, Eric also said that the RM3,500 (flight ticket included) he paid to get to South Korea ended up in the middleman’s pocket, instead of the country’s agent. He later learnt that some of his friends even paid up to RM6,500 just to secure a job there!

The work was so tough that he was sweating hard even though the outdoor temperature was below zero degree Celsius.

“During my time in South Korea, I’ve met many poor souls who had to keep enduring this hardship due to various reasons.”

After 12 days of staying in South Korea, Eric returned to Malaysia as he strongly felt that he was cheated by the middleman. A police report was lodged soon after. 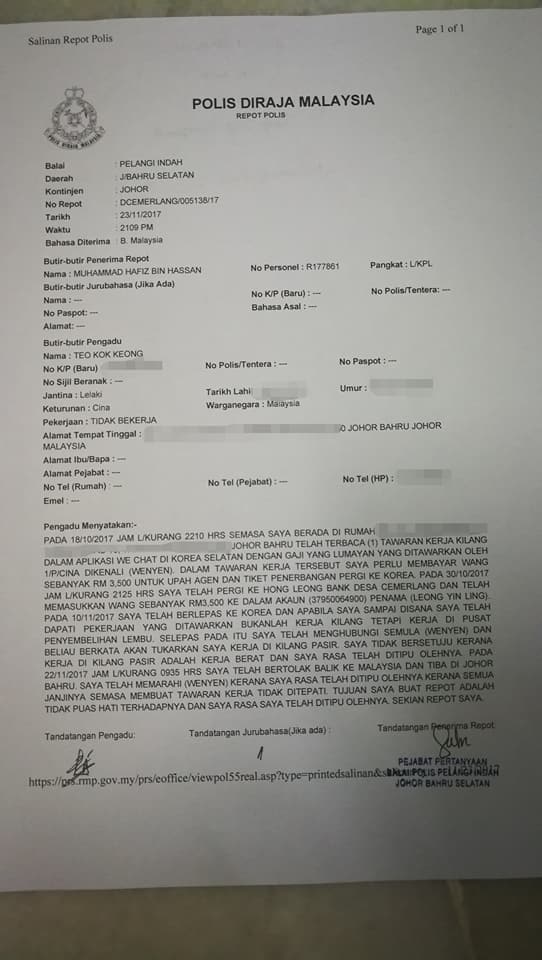 So guys, if you ever come across such advertisements online and are seriously considering taking up these job offers, please remember that easy jobs are never reserved for foreign labourers, and not to mention that some of these jobs involve illegal overstay! 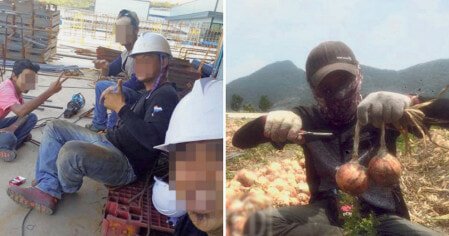