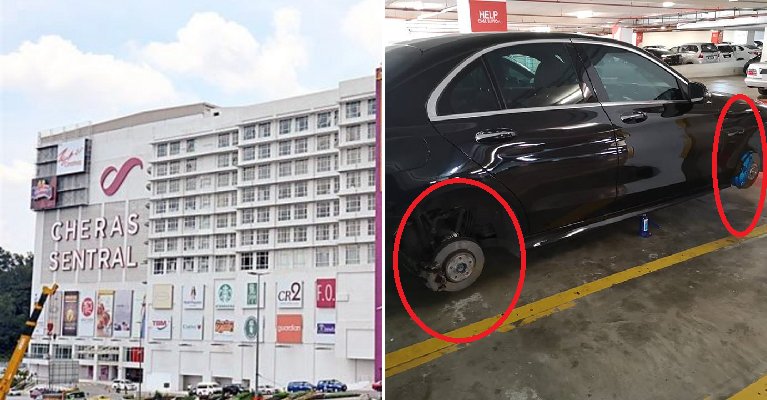 You would’ve thought that parking your car in a parking lot complete with security guards and CCTV cameras around would ensure that your vehicle is safe and sound but not for this Malaysian girl! She received the shock of her life when she returned to her car after watching a movie at Cheras Sentral mall only to find it severely vandalised. 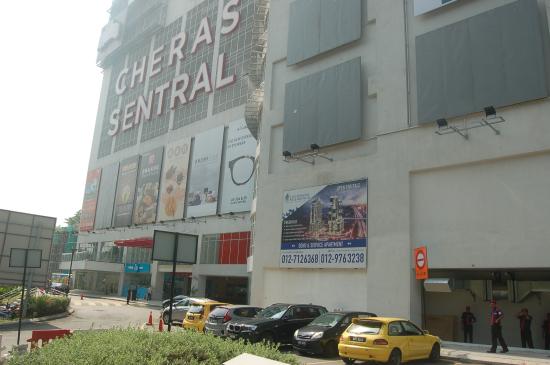 In a post which has since gone viral on Facebook, she says that she arrived at the mall at around 2.30pm with her boyfriend on June 10. They had watched a movie and walked around for a bit before heading to their car at about 5.45pm. However, when they saw the car, they were stunned as the Mercedes was missing two wheels and rims on the driver’s side. WTF!

She wrote, “We were shocked when we saw the car and tried to contact Mercedes for help but there was no answer. We tried to call towing companies to see whether they would be able to tow the car out but no one was willing to do so. It’s not enough that the thieves stole our tyres but the rims as well!” 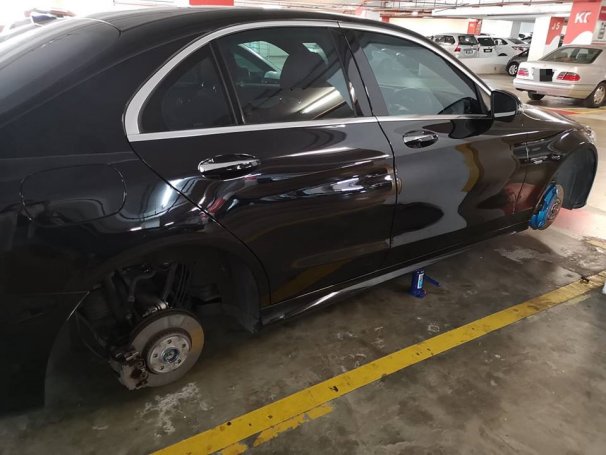 To add insult to injury, the couple discovered that the car’s insurance did not cover the loss of tyres and rims, so they had to cough up the money to get new ones. That’s not all, when they tried to ask the security guards at the mall for help to access the CCTV footage, they got even more frustrated.

“Such a big shopping mall but the parking lot is not well-equipped. The CCTV could not give us clear footage and when we zoomed in, we couldn’t see anything, only the car and not the number plate. They have guards patrolling the parking lot but it doesn’t look like they are very useful.” 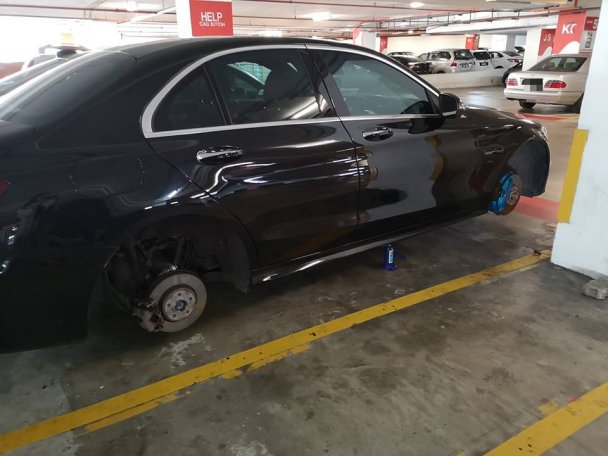 The only thing they managed to see was a grey Proton Wira pulling up in front of their car and a couple of young guys came down to steal the tyres and rims. Many netizens were shocked that this could happen in a supposedly secure parking lot but some of them said that there are actually many similar cases that have happened before.

Oh dear, now where else can we park our cars to make sure it’s safe? 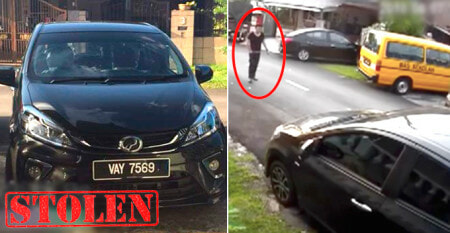