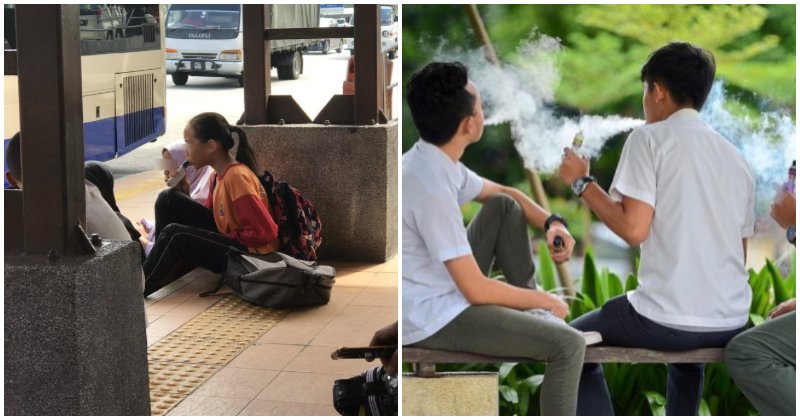 Vaping was created as an alternative to smoking, but don’t let the sweet flavours fool you, it’s no child’s plaything.

Even though it’s marketed as healthier than cigarettes, vaping has skeletons in its closet too for it induces a nicotine reliance, constricts blood vessels and not to mention, if not kept properly, vaping devices can explode too.

So, with all that said, why are children vaping?

Gossip Warrior shared a picture of a little girl in her school’s sportswear sitting among her peers at a bus stop vaping in a now-viral posting.

Netizens tried to offer solutions in the comments section, though many drew the bottom line at the parents.

This comment goes, “It’s the parent’s fault la, because they take their children’s side too often.”

Other netizens pointed out that teachers don’t have the jurisdiction to get involved if she’s vaping outside the school grounds.

Unfortunately, nothing will be done if we just point fingers. If parents don’t believe teachers when informed that their children are misbehaving, maybe pictures like this can be proof so that they can see for themselves.

What do you think? Are parents becoming too lenient? Sound off in the comments section!

Also read: Local Tattoo Artist Bashed On China’s Social Media For Being a Mother With Tattoos, But M’sians Fire Back 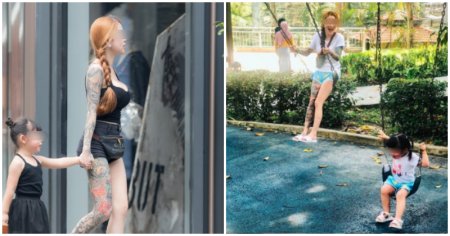