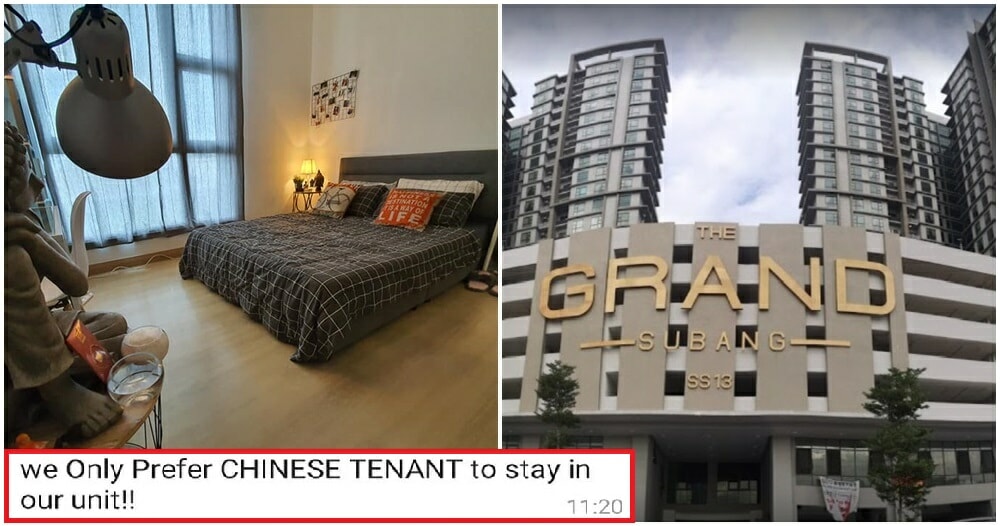 Unfortunately, he is not the only one. 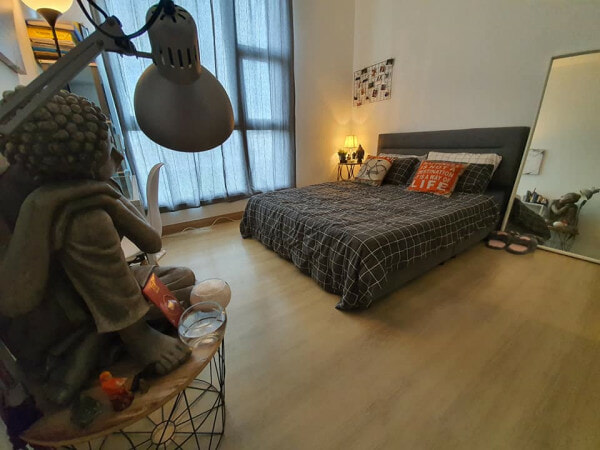 The fully-furnished room that diivek moved into before he was kicked out.

A Malaysian man, who goes by the name of Diivek, took to Facebook yesterday (13 August) to share the infuriating experience of being kicked out of a room he rented in Subang after just a day of moving into the place because the owner of the unit discovered that He was Indian.

Diivek said he had booked a room at The Grand Subang SS13 last month and was supposed to move into the unit on 1 August. He even paid all the deposits and rental costs and moved in his furniture. However, upon discovering that Diivek wasn’t Chinese, the owner gave him a day’s notice to move out of a room he had fully paid and moved into!

“Out of a sudden, I received a message sent by the owner saying, “Hi, morning, very sorry to inform you, after discussing with my family members & partner, we only prefer CHINESE TENANTS to stay in our unit! So please clear the master room by today and I will go to my unit and visit you tomorrow at about 11 am to try and settle our problem.” 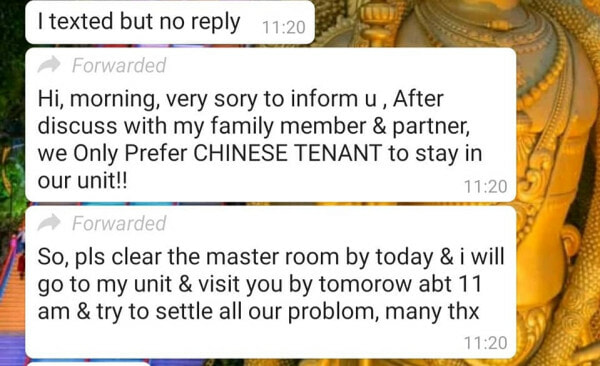 Shocked and angered, Diivek shared that he didn’t blame the management of the unit as they tried their best to fight the case for him. “However this came directly from the owner herself who insisted to me that I move out immediately!” He went on to say that despite his race, he was still Malaysian but this situation made him extremely disappointed that there are still people out there who think and feel this way:

“Yes I am an Indian, born and bred in MALAYSIA…I am super disappointed and angry on this. We are living in Malaysia, this is 2020…and yet such mentality still exists? Shame on you! All races deserve equality and respect! I am proud to be a Malaysian Indian!”

As disheartening as this is, Diivek isn’t the only one who faced racial bias and discrimination in renting rooms. Previously, a doctor at PPUM shared his experience of being rejected by multiple rental owners because of his race. According to a survey conducted in 2019 by YouGov Omnibus, almost 50% of Indians in Malaysia face rental discrimination.

Have you ever been discriminated against because of your race? Share your stories with us!