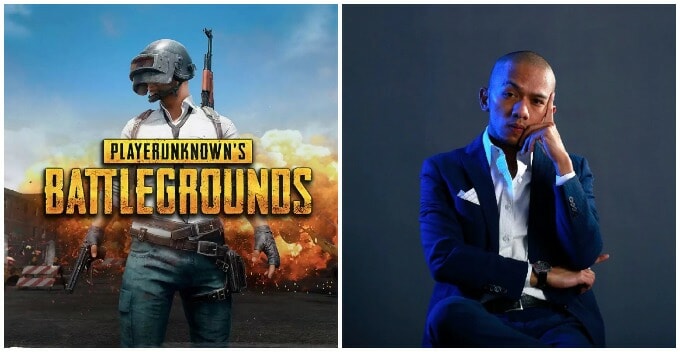 Rejoice, all Malaysian eSports players! Our very own local rap artist, Caprice, is now searching for gamers to team up with him in the eSports battle royale sensation, PUBG!

According to his Instagram post, he is searching for two PUBG mobile players and also another two PUBG emulator players. This serves as one of his investments in the eSports field.

Ariz Ramli, who’s better known to Malaysians far and wide as Caprice, is offering between a RM3,000 to RM5,000 salary to the gamers chosen to join his team. Whooaaa, that’s quite a sum!

According to Astro Awani, he will also manage the gamers’ professional careers as a eSports competitor. Caprice explained that people from his side will provide branding, marketing, and sponsorship to those who manage to qualify for his team.

The video has since received a massive positive response from Malaysian eSports players. The 31-year-old even said that his Whatsapp had stopped working because too many people contacted him to respond to the call.

Among the players who contacted Caprice is an ex-player for the Shopee Bosskur squad, Ahmad Fuad Razali, also known as Fredo. 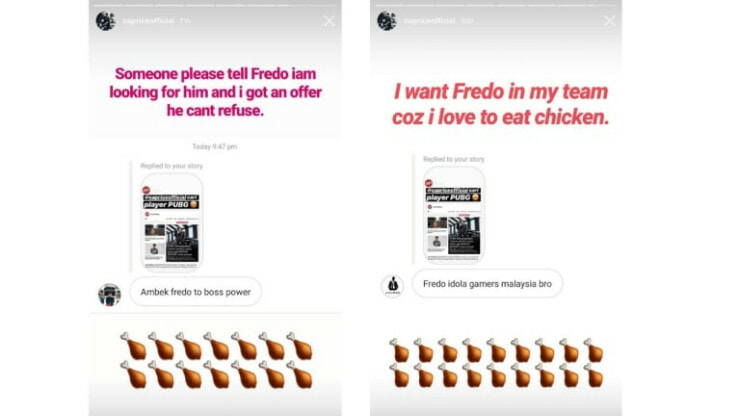 According to Caprice’s Insta Story last Saturday, he has an irresistible offer that Fredo cannot miss. “I want Fredo in my team because I love to eat chicken.” The chicken used in the InstaStory refers to the PUBG term, Winner Winner Chicken Dinner, which is the catchphrase shown on screen upon winning a round in the game.

Other than getting involved in the eSports field, Caprice also keeps himself busy by investing in other digital fields such as websites and phone applications.

This is awesome news! What are you waiting for? Sign up while the spots are still available! 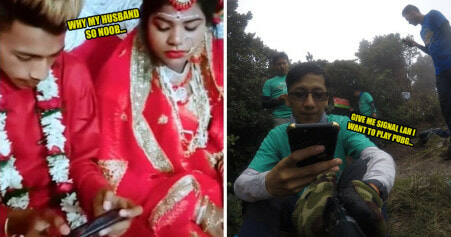