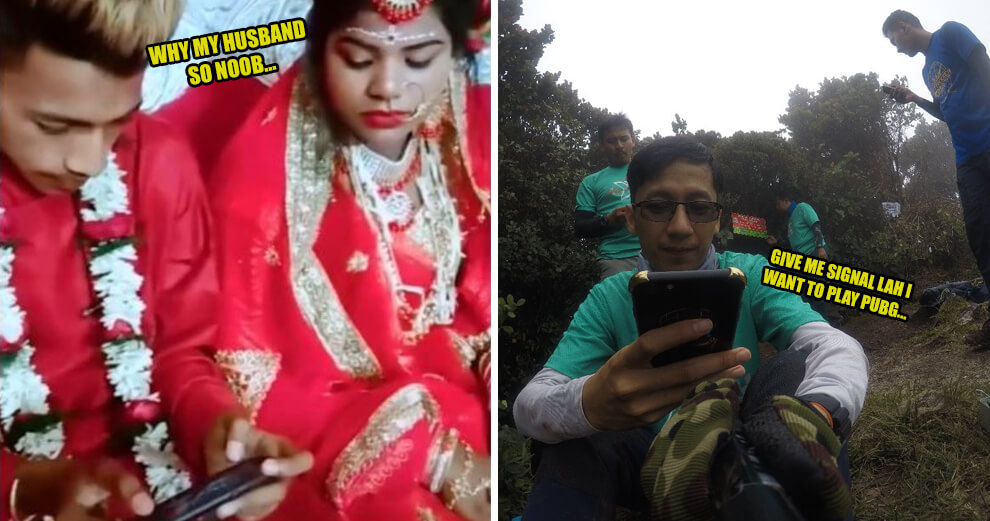 Is it just me or is there always someone on their phone playing mobile games these days, no matter where we go? Whether it be Mobile Legends, PUBG or even classics such as Clash of Clans, everyone’s got that one favourite mobile game that they can’t live without.

However, there are those that take their mobile games a little bit too seriously and play the game literally everywhere they go. From playing in the middle of a jungle to playing during their own wedding, here are the weirdest places that someone has been seen playing mobile games as shared by Malaysians.

1. Climbing up the ranks while literally climbing up a mountain 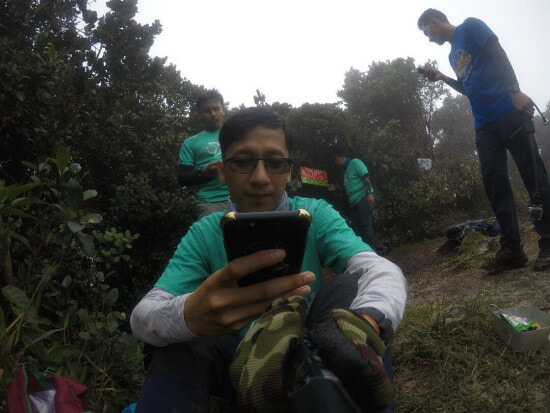 For illustration purposes only| Source: WORLD OF BUZZ

“I followed on a Uni expedition climbing up Gunung Nuang back in October and our guide was really an eccentric character. I mean, he was on his phone literally the whole climb!  At first, I thought he was looking at the GPS for direction but it turned out he was actually looking at streams of people playing Mobile Legends.

Well, at least he wasn’t playing! Or so I thought… The fella actually woke me up at 3am when we camped there to borrow my power bank because his battery is dead, and he wants to play ranked in Mobile Legend. Seriously? Who plays the game on a mountain of all places? What kind of line did he have anyway to be able to play lag-free?”

2. Do you take PUBG to be your lawfully wedded wife? 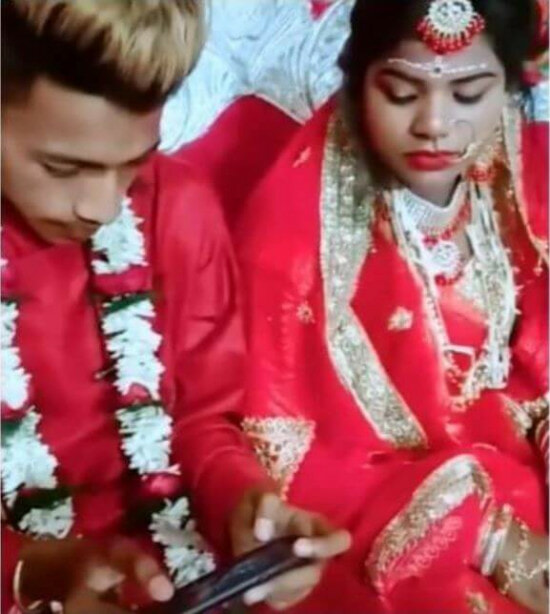 “I have no idea why my best friend keeps on playing PUBG on his phone even though he’s a certified noob. I mean, he tried to cheat by playing on a PC emulator but his reaction speed is still damn slow lah! Well, at least he won the big prize in real life when he married his super gorgeous girlfriend, and I was honoured to be his best man for his wedding.

Well, his rich father did kinda push him to marry his girlfriend and sponsored the whole thing.  I remember during the ceremony, the fella actually went missing for 2 hours, and we were all scared that he was getting cold feet! I ended up being the one who found him in the bathroom stall and you know what he was doing? Playing PUBG. To his wife of 2 months, all I could say is GGWP!”

3. There is no bigger test than a noob teammate 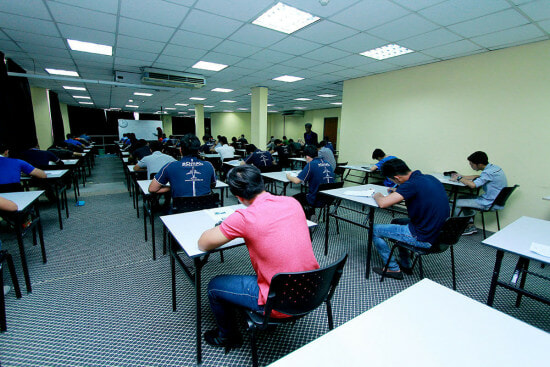 For illustration purposes only | Source: AAC

“Legend doh this brother! If we need any tips on what items to buy for specific heroes in Mobile Legends, he’s the go-to guy. In fact, he’s so pro that I think he literally went pro in the game already. Which may explain why he did that super legendary thing during last semester’s final exam!

What did he do? Well, he did not just sneak a mobile phone into the exam hall but just casually used it in front of everyone. He literally played Mobile Legends during the exam and was kicked out of the hall. Some say he quit our college already, but his bold act definitely left a mark on our memories”

4. Romancing and cruising to Mythical Glory 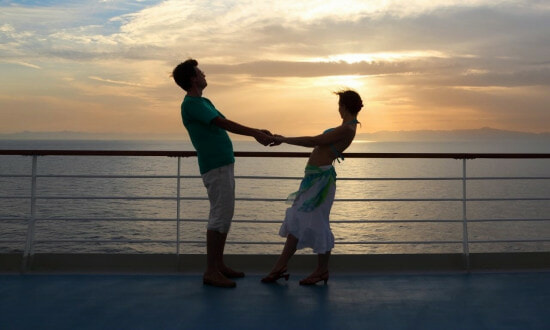 For illustration purposes only | Source: Cruiseadvice

“I am deeply, madly in love with my husband. We’ve been together since sekolah menengah and tied the knot earlier this year. One thing that I absolutely can’t stand about him though is his love for Mobile Legends. Ergh, makes me want to just throw his phone into the ocean!

You know, I actually picked a cruise from Penang to Singapore just so that he won’t have any signal to play the game so that he can put 100% of his attention on me. But of course, somehow he got 4G connection on the cruise ship and went on to play ranked for hours. OMG how can U Mobile got any line in the middle of Selat Melaka anyways?”

Well, if you’re a mobile gamer, searching for a telco provider with the best coverage is definitely top priority right? Just like these stories by our fellow Malaysians, you definitely want to be able to play anywhere and everywhere within the country and U Mobile is definitely up to the task!

With better and wider coverage that covers 9 out of 10 people in West Malaysia, U Mobile makes it easier for mobile gamers to play practically anywhere without any hiccups!

U Mobile has built more than 2,000 sites across West and East Malaysia, which makes them the fastest growing 4G network in the country. Game, stream and go social media crazy all you want, no problem!

In fact, U Mobile is so super confident with their improved network that you can try their network on a 7-day trial with a money-back guarantee if you’re not satisfied with the performance!

What? That’s super awesome weh! For more information regarding U Mobile’s new and improved network as well as their 7-day network trial, click here.