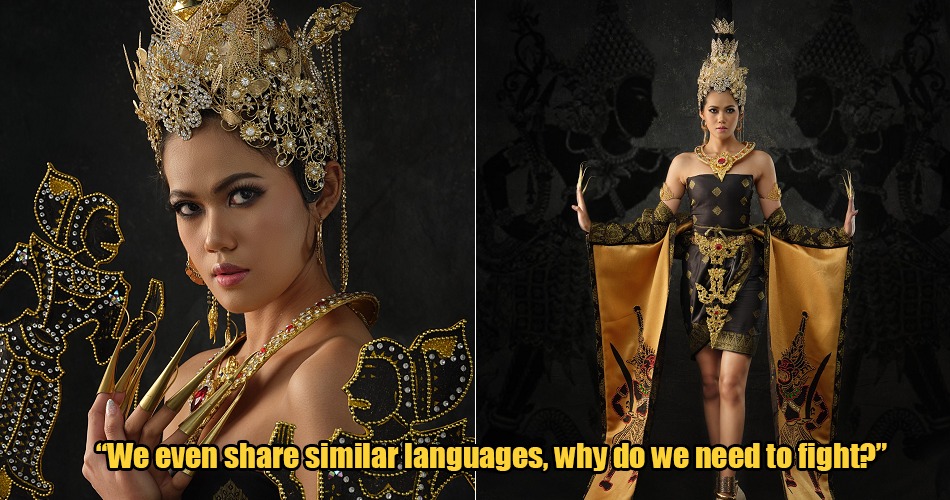 Before we get any further, I have only one question to ask: why do we have to do this over and over again?

Recently, our Miss Grand Malaysia, Mel Dequanne Abar, donned a costume which was inspired by wayang kulit. For her costume, she wore a crown (because she’s a kween 😝) which we would normally see in wayang kulit characters. Her outfit was particularly inspired by the Hindu’s Ramayana (Hikayat Seri Rama).

FYI, the story which originated from one of the Hindu texts, Ramayana (the others are Vedas & Mahabharata), is often played in Malaysian shadow theatres, especially in states like Kedah and Kelantan. 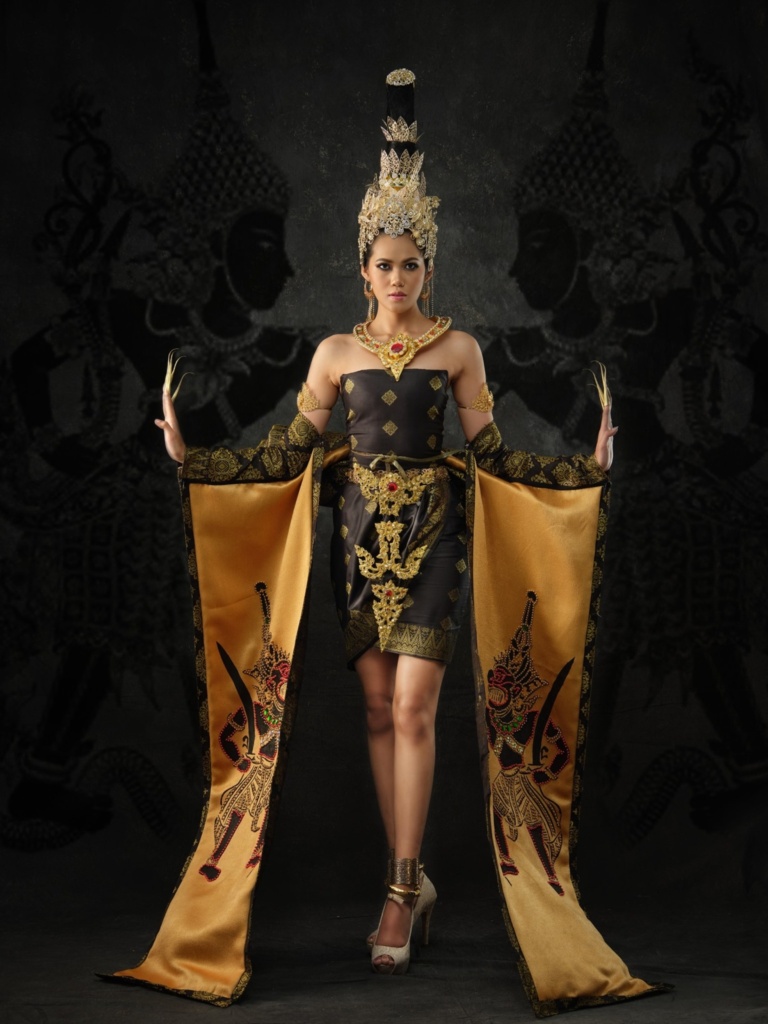 We know that the shadow theatre (aka wayang kulit) is integral in several cultures around the world, including Malaysia, but some decided to point out that we have apparently stolen the culture from Indonesia, wrote Lobak Merah.

But, one Malaysian isn’t here for it, and thus she decided to take it in her stride to explain that wayang kulit is a part of several cultures in the world. In a tweet, which is now deleted, she wrote,

“There has been a debate amongst the beauty pageant communities in Malaysia and Indonesia about the National Costume which was worn by Miss Grand Malaysia, Mel De Quanne who will be contesting in Venezuala tomorrow. It was said that this costume was ripped from the Indonesian culture.” 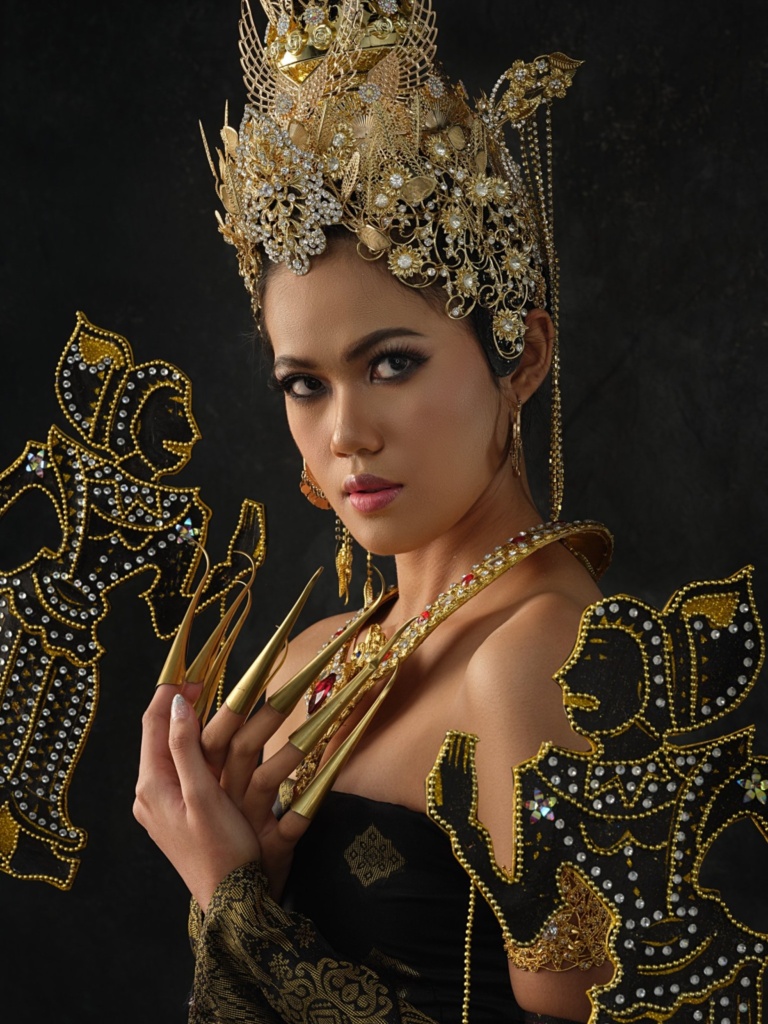 The netizen then went on to explain that people were debating on the fact that wayang kulit belonged to Indonesia, as declared by UNESCO. 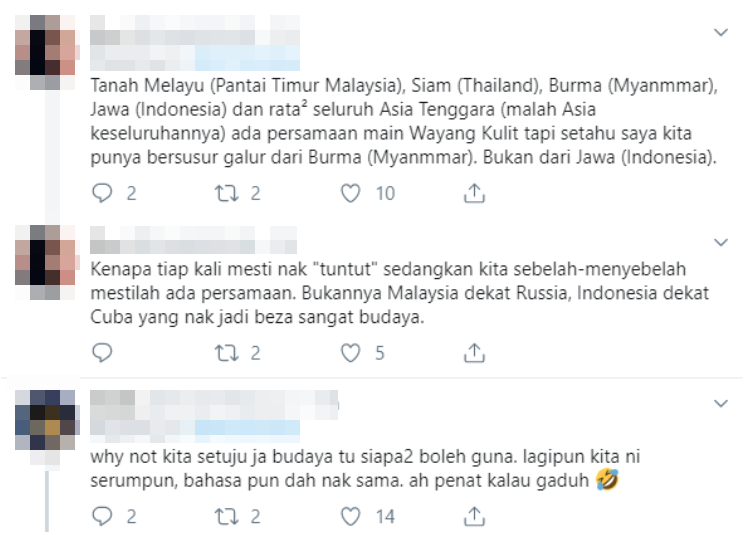 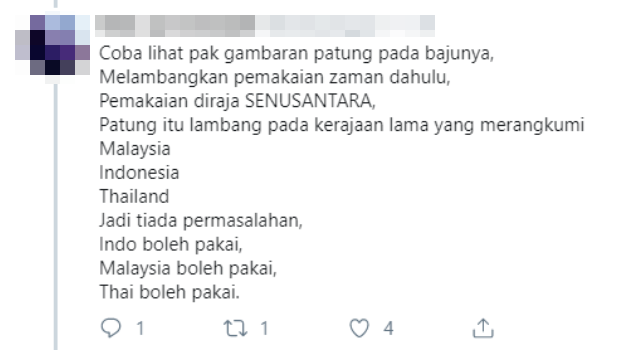 Of course, I had to do a little digging, and I found out that shadow puppetry has a long history in China, India, Nepal, other Southeast Asian countries (like Malaysia & Indonesia), Turkey and Greece. So, it’s really hard to find the origin of wayang kulit since the art is quite dispersed.

So, guys, there you have it! There’s really no need for debate because instead of fighting over the origins of culture, we should celebrate each other. I think we can do that, right guys? 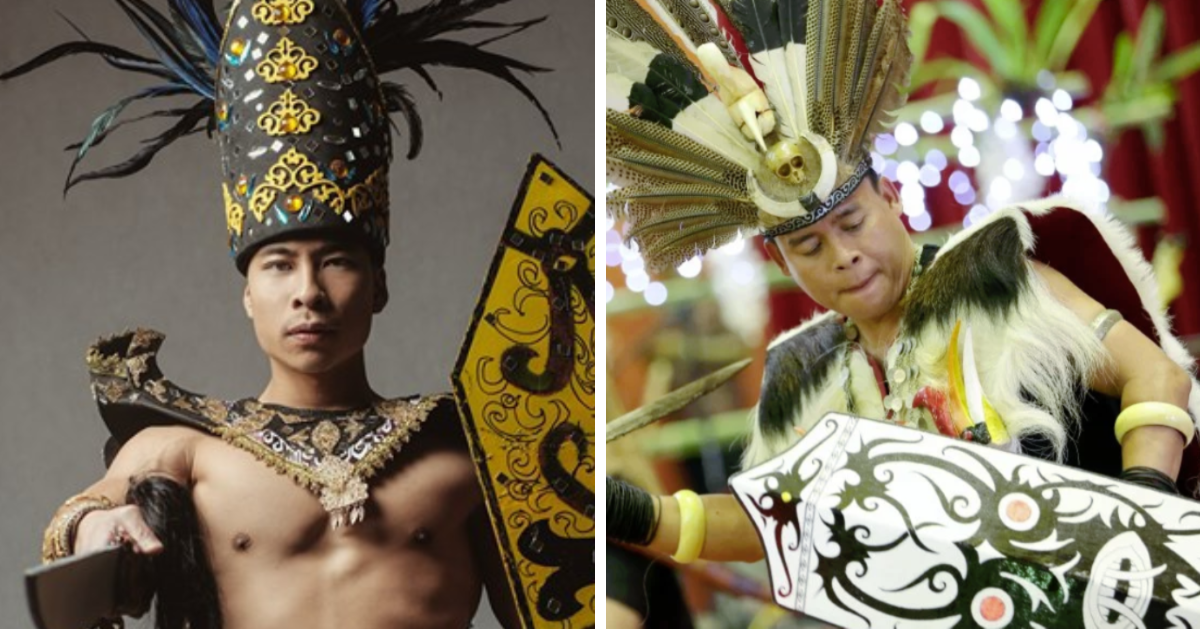