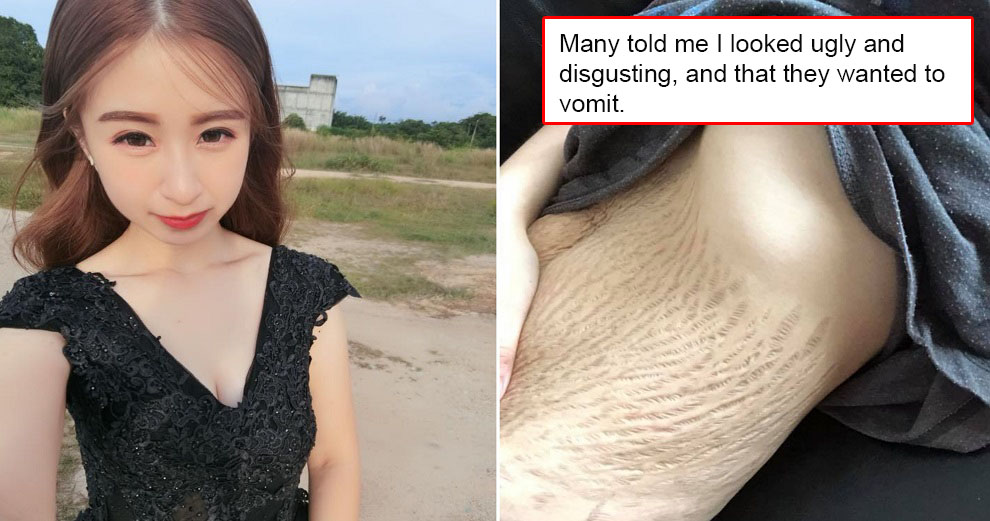 Many people often fail to realise that almost everyone regardless of their size has or will have stretch marks at some point in their lives. This is especially true for women who have had children.

Pregnancy is without a doubt a beautiful experience, and it definitely changes anyone who goes through it. For 23-year-old Doreen, pregnancy was definitely not an easy journey. 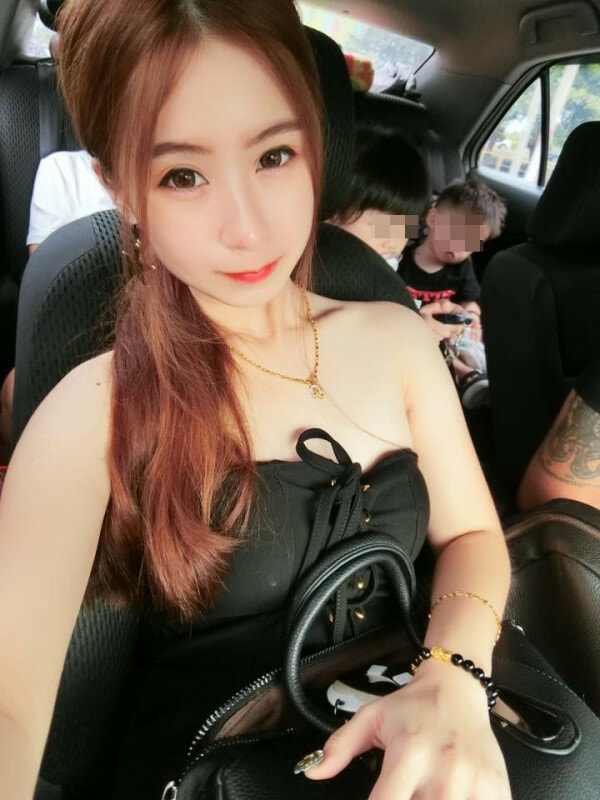 When she was just 21, Doreen was delighted when she found out she was pregnant with quadruplets. The pregnancy was definitely no easy journey for her though, especially considering the fact that she had to carry four babies all at the same time.

She then realised she had to come to terms with the fact that her body would probably never be the same again after giving birth. Doreen shared in her now viral post,

“Only 21 at the time, I wondered how I would be able to accept my stomach looking like this for the rest of my life. The first thing I did after leaving the delivery room was to look at my stomach and cry.” 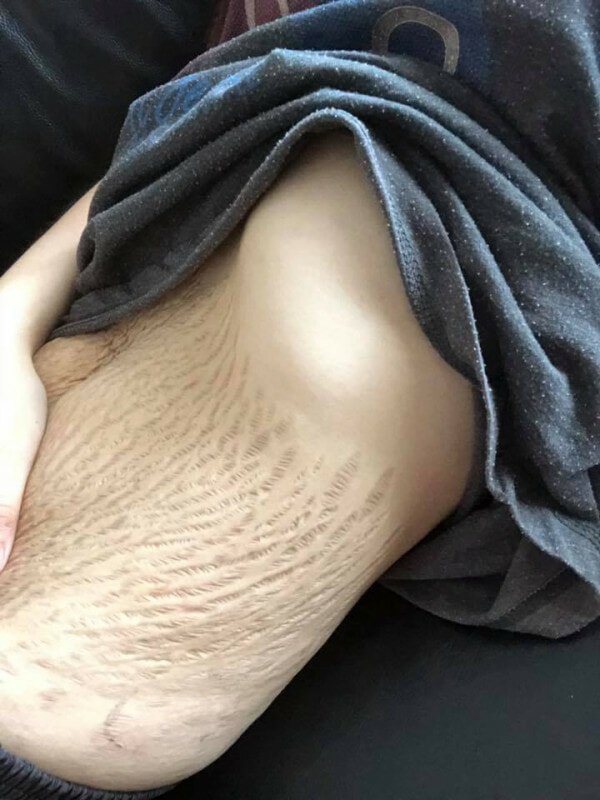 Soon after she shared a common struggle almost every mother goes through, thousands of netizens began to comment on her post. Unfortunately, a number of them shamed Doreen for her stretch marks and left rude comments about her body. She shared in a follow-up post,

“Many told me I looked ugly and disgusting, and that they wanted to vomit. Some men said it was all the women’s fault for wanting to have so many kids.”

However, the mother of four soon had a flood of love and positivity from complete strangers online once her story became viral. 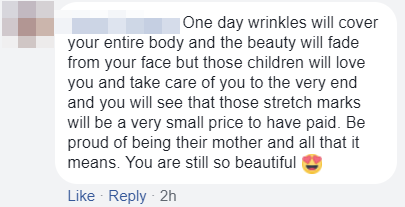 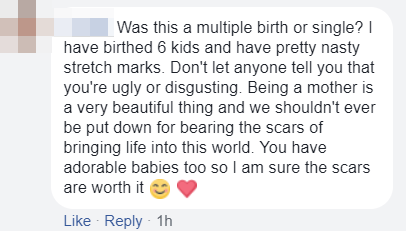 If you ask us, stretch marks are a part of almost everyone’s bodies. While some are more prominent than others, all bodies are beautiful in their own special way. #BodyPositivity

We’re sure Doreen has helped countless new mothers feel less alone with their struggles and we totally commend her for bravely sharing her story. Motherhood is a beautiful thing! 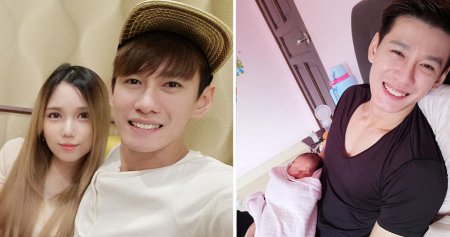