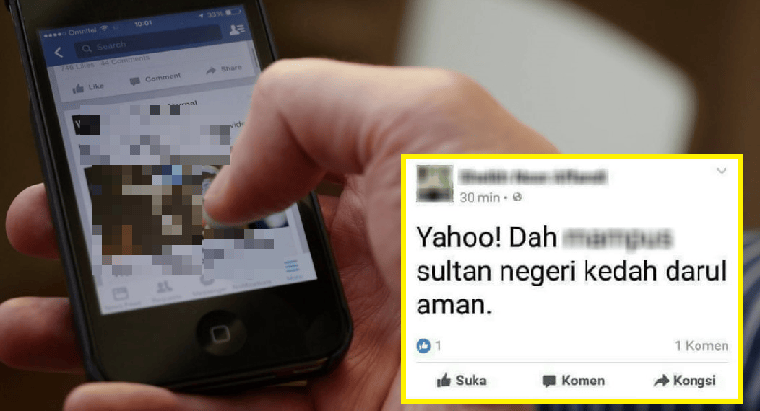 According to Chinapress, a man in his 40s has just been sentenced to seven days in jail and a RM5,000 fine. His crime was posting an inappropriate comment insulting the late Kedah Sultan Tuanku Abdul Halim Mu’adzam Shah on his passing. He was given a three-month prison sentence in default of the fine. Yes, it can happen! 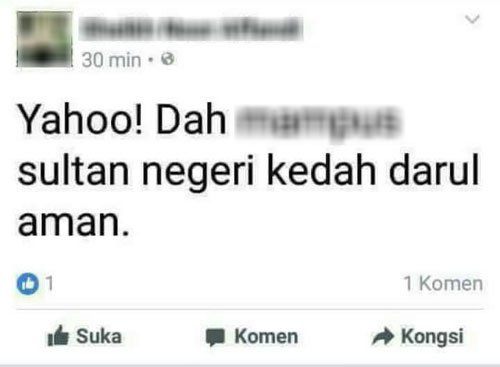 The comment that was made on September 12 has landed Sheikh Noor Affandi in hot water after netizens who saw it lodged a police report against him. While everyone was mourning the passing of the beloved king, Affandi was apparently rejoicing in his death, which offended netizens.

Although he deleted the comment after that and made an apology, it clearly wasn’t enough. Too little, too late! He was charged in the Kuala Lumpur Cyber Courts on Wednesday where he pleaded guilty. 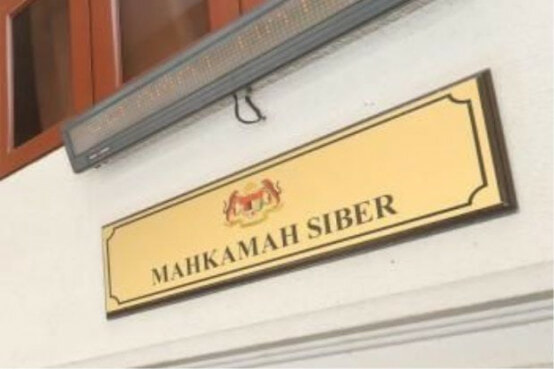 The Star reports that he said, “Comments (on social media) are read by millions of people which could be understood differently among the public. Comments that are rude and insulting in nature, more so to a leader could spark unrest among the public and lead to problems that would disrupt the peace.”

He also advised netizens to be attentive of their words and be polite, especially on social media.

Keep it respectful, people! You don’t want to be the next one who kena, right?