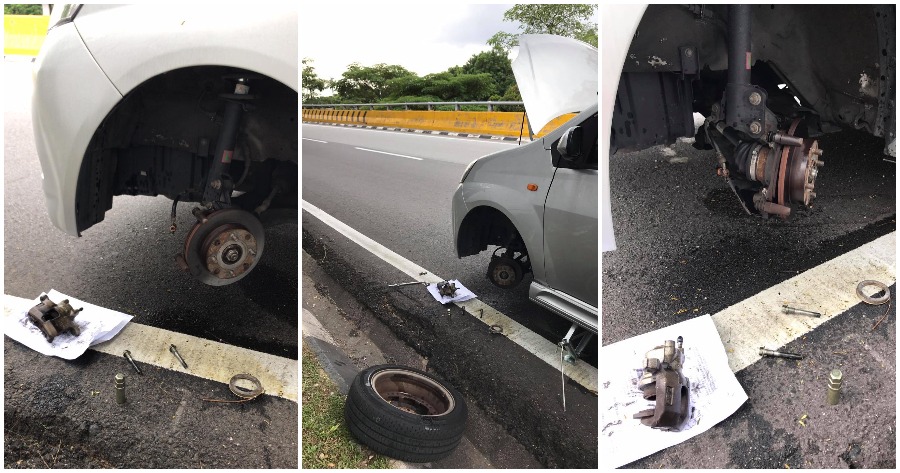 A Malaysian news anchor named Ng Jaz Kee from Astro AEC, recently encountered two scammers while he was driving along Jalan Kuching in Kuala Lumpur, who tried to swindle RM400 from him.

He then later posted about the incident on his Facebook page to warn other drivers. Speaking to WORLD OF BUZZ, he said that around 3pm yesterday (27 June), a man knocked on his windowpane trying to inform him that he was experiencing some tyre trouble. Feeling worried, Ng immediately pulled over his car by the side of the road to check and found that his left tyre was emitting smoke and leaking oil.

According to his post, the man said to him that it would be dangerous to continue driving and then kindly offered to help him fix his car. “His accomplice then joined him, and both men asked me to pop the car hood so they could check what was going on,” Ng explained. 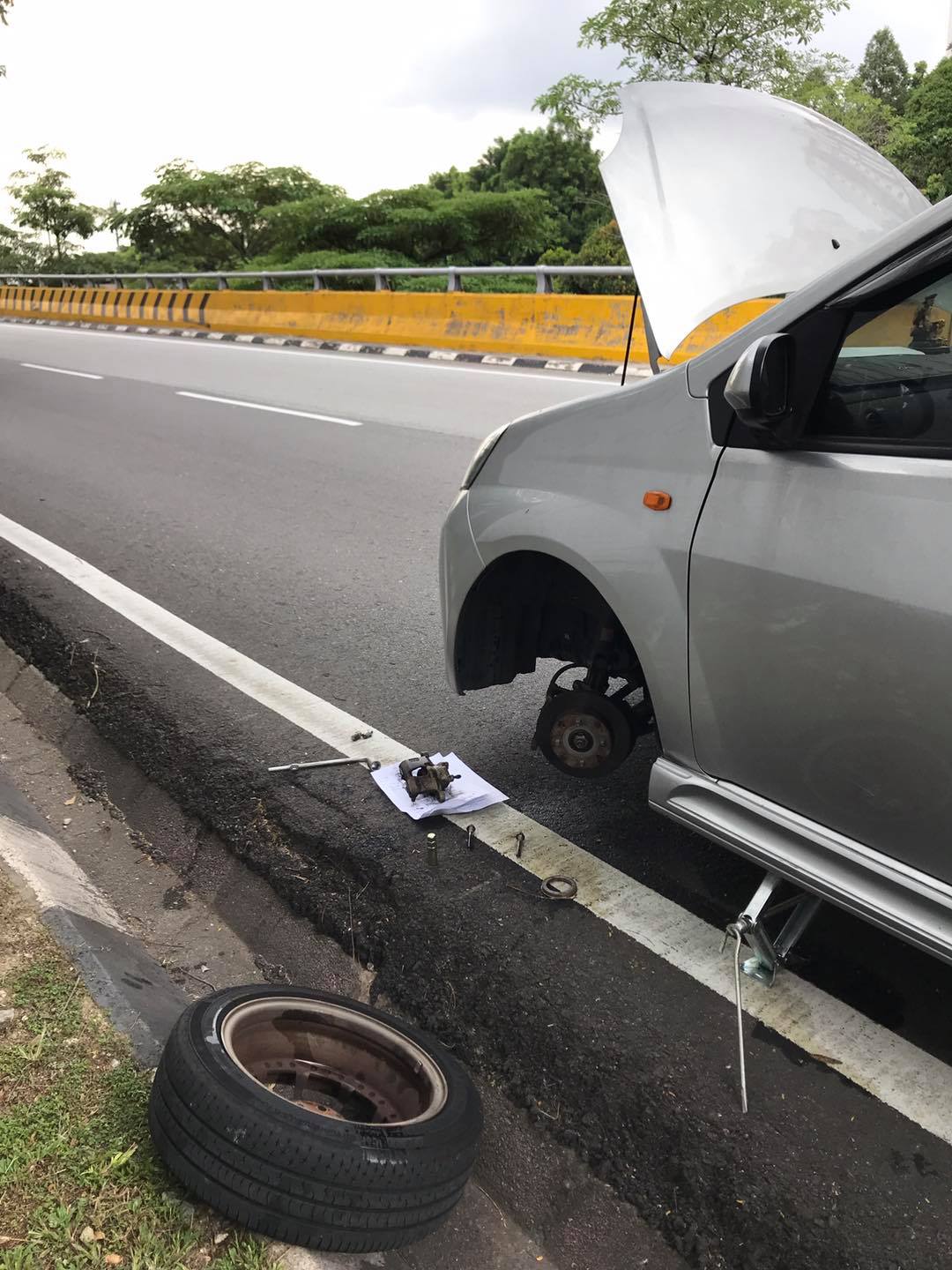 The men proceeded to dismantle his left tyre and told him that there was apparently an issue with the car’s brake parts and that the oil leakage was causing the smoke. He wrote that one of the men asked him to hand over RM400 in cash so they could buy him the replacement parts. However, he did not have that much cash with him at that time so he tried calling his family and friends for help instead. 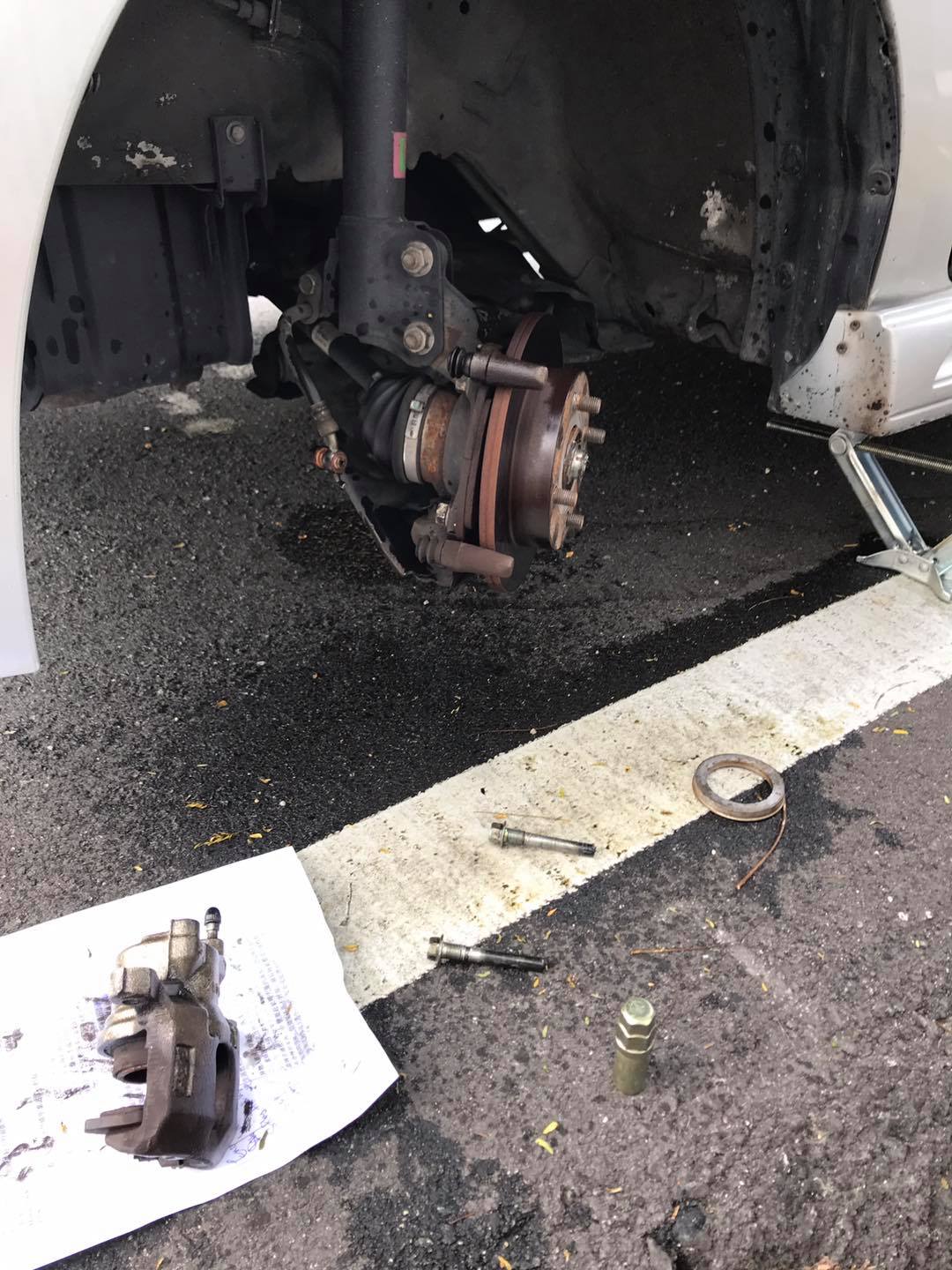 “When I started to make calls they immediately decided to leave, I assume it’s because they were afraid their trick would be unsuccessful. Also, it started to drizzle at that time so the two men just left me there alone without even putting my car tire back on,” said Ng to WORLD OF BUZZ. 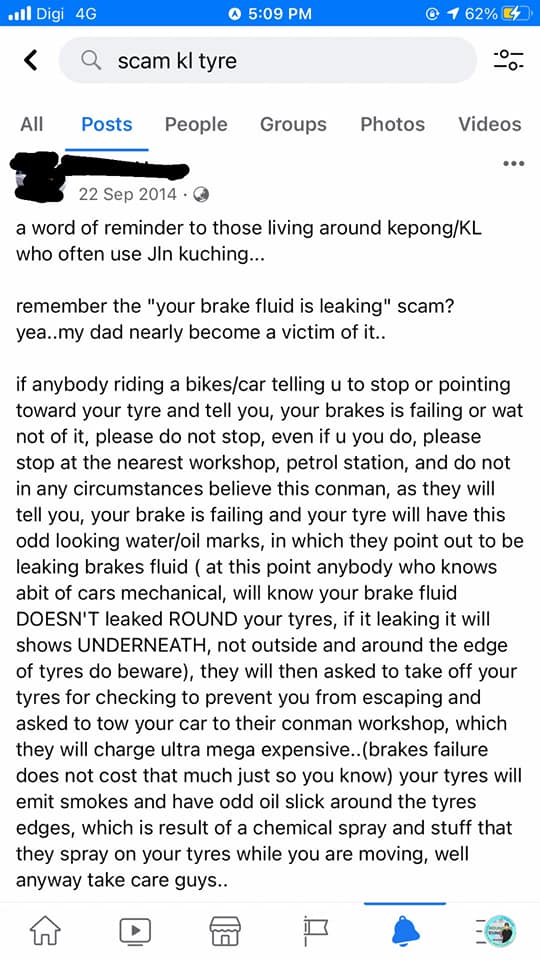 After contacting the insurance company to arrange a tow truck for his car to be taken to a nearby car repair shop, he later learned from his friend that the ‘tyre smoking’ scam often occurred at the specified road area. The news anchor then did some digging and found that a similar incident had happened at the same location back in 2014.

Ng Jaz Kee also revealed on his Facebook post that his friend told him that the brakes will not leak oil into the tyres, let alone cause the tyres to emit smoke. “A friend of mine from the car dealership said that one of the men must have spilt some kind of oil (chemical substance) on my tires when passing by. The tires are already hot, and the splashing of water will actually cause smoke,” shared Ng on his post.

Ng said that because he had not suffered any losses, he did not report the matter to the police. 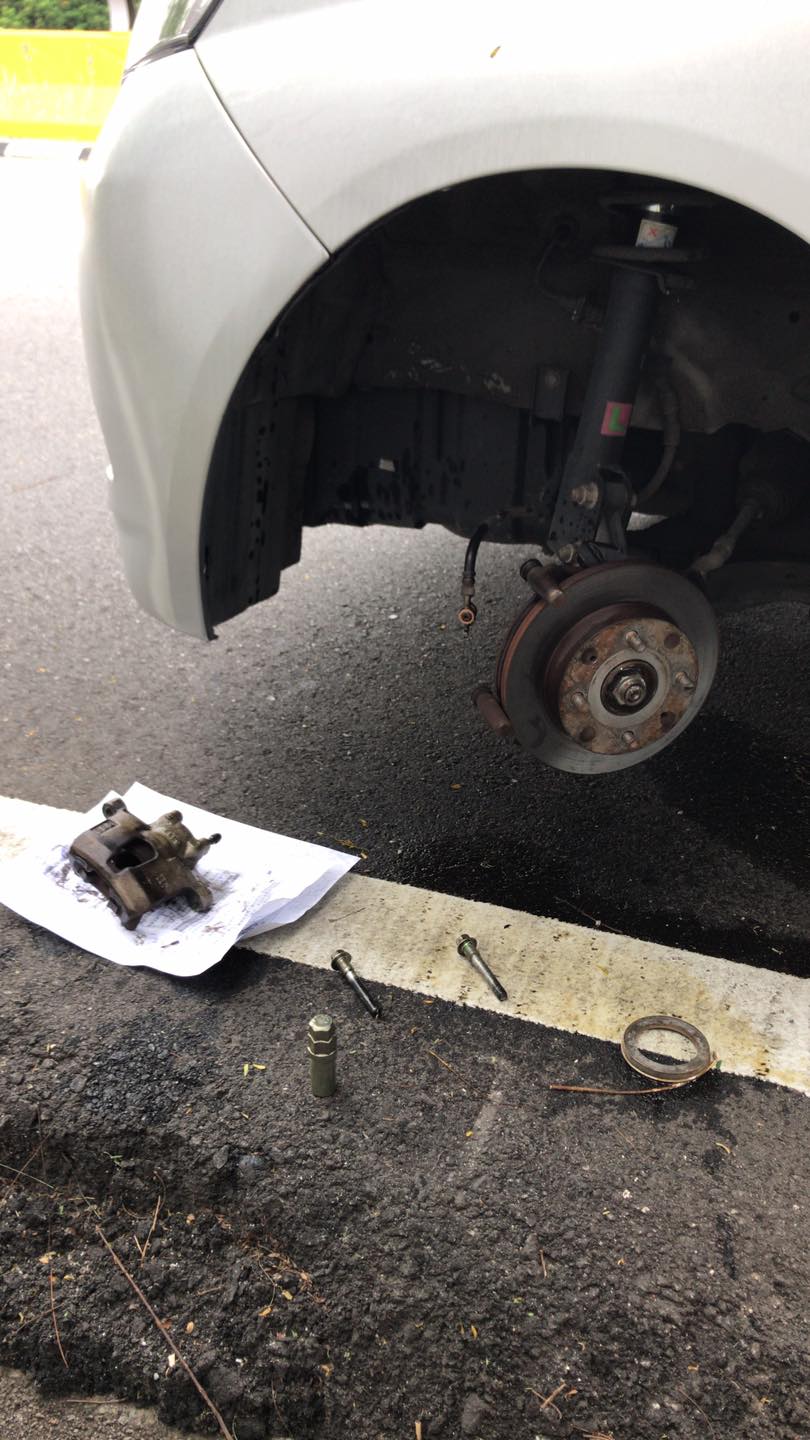 However, Ng advised that if anyone were to encounter a similar situation, it’s probably best if they do not leave their car for strangers to check. As long as the car is able to move, and just carry on driving to the nearest petrol station or depot to inspect.

“If you’re experiencing issues with your car and can’t drive, do try to contact your auto insurance company to use the free towing service they provide. Don’t let these people move your car.” He stressed to the public to not let anyone try to dismantle any part of their car and at the same time not to allow their cars to be taken to a car garage they are not familiar with as they might be taken advantage of to swindle money.

With the MCO still in place, it might be more difficult to re-purchase your car parts and have them fixed if you encounter such a scam so do be aware of your surroundings and those you meet on the road! 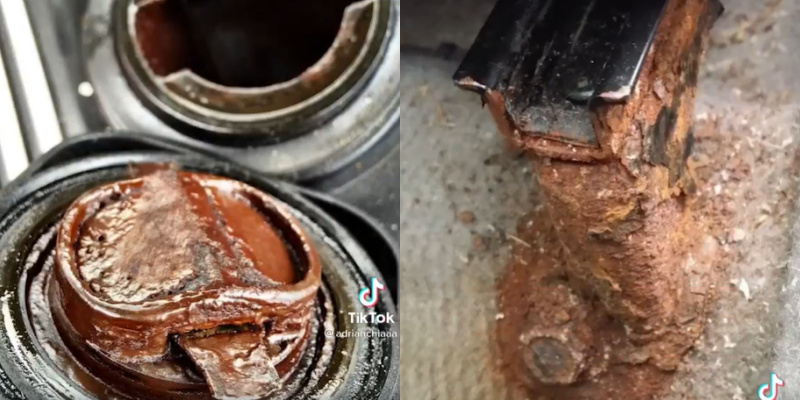