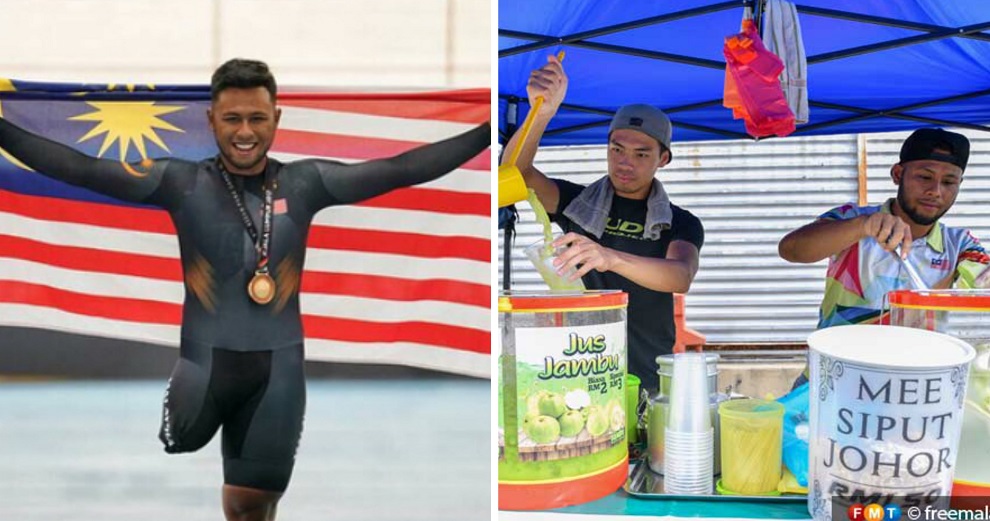 23-year-old Shukor Farhan Suliman made Malaysia proud when he clinched the gold for cycling in the 2017 ASEAN Para Games. However, it looks like his life has changed a lot since then.

Now, the former cyclist has resorted to selling guava juice after his contract with the National Sports Council (MSN) expired.

Shukor said in an interview with Free Malaysia Today that MSN’s decision to not renew his contract with them prevented him from furthering his career as a national athlete. Instead, he has resorted to selling guava juice and cutting hair for a living. He was quoted by the news portal as saying,

“I retired not because my heart wasn’t in it, I still want to represent my country. However, my contract was not renewed and I had no means of continuing. After retiring, I began running businesses. I now have a hairdressing salon and I’m also running a juice stall.”

MSN reportedly gave Shukor two reasons as to why they weren’t renewing his contract. The first being that he failed to win medals in the 2018 Asian Para Games held in Jakarta and the second being disciplinary problems. 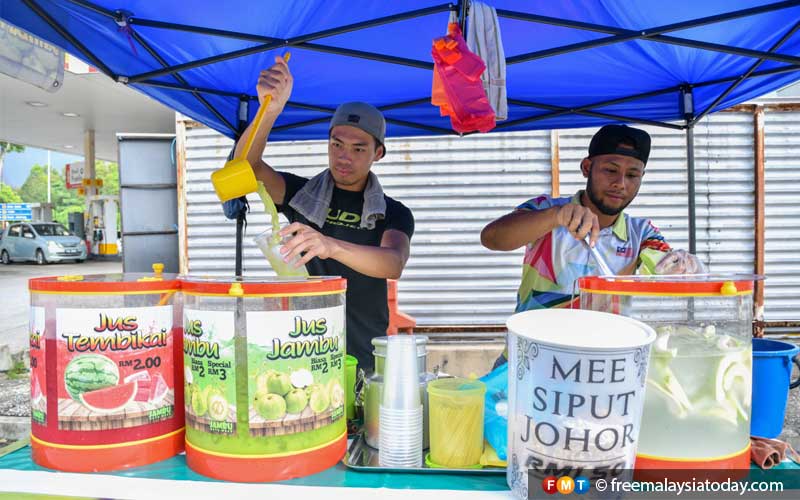 “I admit I failed to win anything during last year’s Asian Para Games because my competitors were all world champions from China and Japan who previously won Olympic gold medals. However, I don’t really understand what disciplinary problems I exhibited.”

Shukor has represented the country in international sports arenas since he was 17 years old. He admitted that he did not even take the Sijil Pelajaran Malaysia (SPM) examinations so he could focus on competing in the Asian Para Games in South Korea. He told the daily,

“When I first started, MSN promised me so many things. When I was 17 years old, my coach even advised me not to sit for SPM because the examinations were close to the championships for the Asian Para Games.”

Now, Shukor is expecting a child this coming February but is finding it hard to make ends meet since his contract with MSN ended.

Another national cyclist Mohd Nur Syafiq Suhaimy also did not get his contract renewed by MSN. A day before the 2017 ASEAN Para Games began, he met with an accident that left him with a broken leg. MSN decided to end his contract because he was not able to compete anymore.

“When your contract ends, that’s it. You don’t get any sort of pension or compensation after that,” Nur Syafiq told the daily.

Now, Syafiq helps Shukor run his guava juice stall and does whatever he can to earn an honest living.

This isn’t the first time the National Sports Council has been scrutinised by our national athletes. Just last week, many athletes expressed their shock after MSN unveiled their new contract. Some have claimed that monthly allowances for athletes were drastically reduced from RM3,000 to just RM500, according to the New Straits Times.

“My coach’s contract was terminated after I broke the national record 13 times, won three Sea Games titles and achieved a silver at the Asian Championships with the same trainer who has been with me for six years. You want athletes to record good results, but you terminated my coach’s contract. What actually is your mission and vision, YB?”

Ifran added that he even travelled to Europe to look for a new coach.

Meanwhile, MSN director-general Datuk Ahmad Shapawi Ismail explained why they didn’t renew the contract for Irfan’s coach. He was quoted by the New Straits Times as saying,

“It was based on Irfan’s performance throughout last year, especially the Commonwealth and Asian Games. In addition to that, Irfan himself had also requested it (new coach) as he felt that he has been with the same coach for too long.”