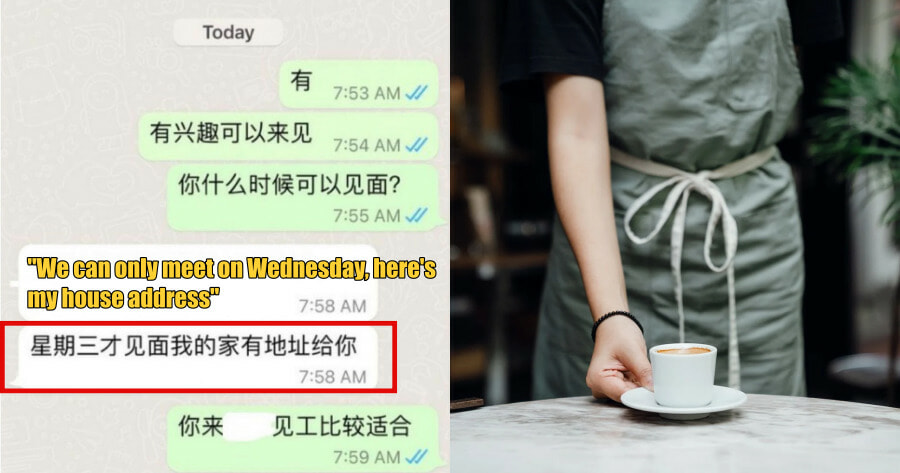 Parents’ love for their children knows no bounds and occasionally it’s hard to not dote on your own child. Unfortunately, dotting on one’s child may cause the child to depend too much on their parents.

The mother kept asking her questions about wages and benefits but has yet to mention or ask anything regarding to the job description.

When the restaurant owner mentioned that she’d like to conduct her interview, the mother then sent their house address to the owner. 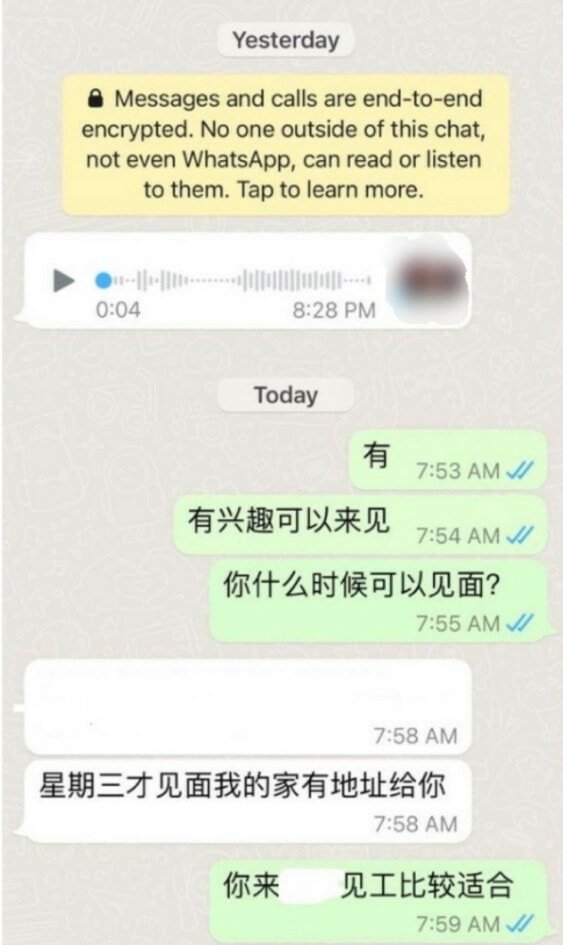 “I was patient when she was asking me about the benefits and wages, but I was genuinely shocked when she sent me her house address and told me to go over to her house for the interview”, she said.

“This isn’t a university course where parents should understand what their child is studying about. You’re looking for a job, shouldn’t you be asking about the job responsibilities before asking about wages and benefits”, she added.

She also expressed how eye opening it was for her as it was her first time encountering such incident despite operating her restaurant for a long time.

“In this industry, you’re bound to see many different types of people and their characters. Most of them don’t faze me but this is truly eye opening”, she said.

It’s always best to first understand the nature of the job you’ll be handling before asking for benefits while working. It saves time for both you and the employer.

Have you ever met someone like that? Let us know in the comments!

Also read: Boomer S’porean Employer Cancels Interview After Intern Asks if She Could Have a Virtual Interview 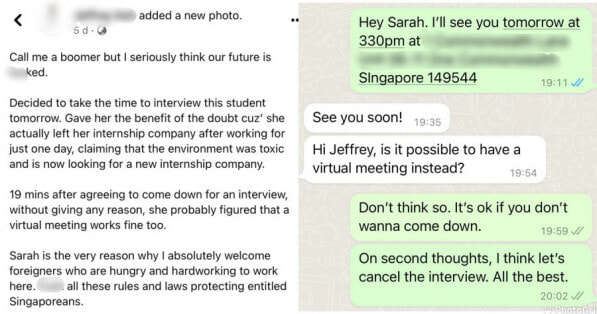