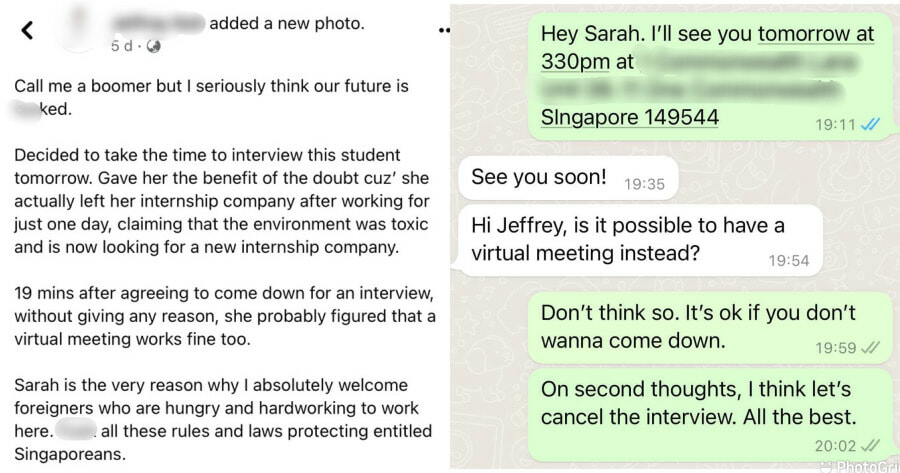 Looking for a job may not be easy nowadays especially with big companies laying off their employees. Just recently, a Singaporean employer has shared a brief WhatsApp conversation with an intern he was about to interview.

Based on the screenshot conversation, the man discloses the address of the office and expressed that he’ll see her tomorrow.

The girl named Sarah then replies saying “see you soon!” 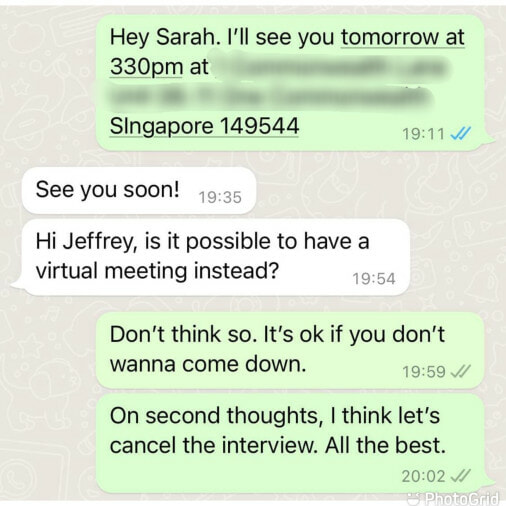 However, just after 19 minutes, Sarah then sends another text to the employer, asking if she could switch the interview to a virtual one instead without giving any explanation or reason.

He then posted this conversation onto his Facebook page along with a caption, explaining that people like Sarah are the reason he would rather hire ‘hungry for work’ foreigners. 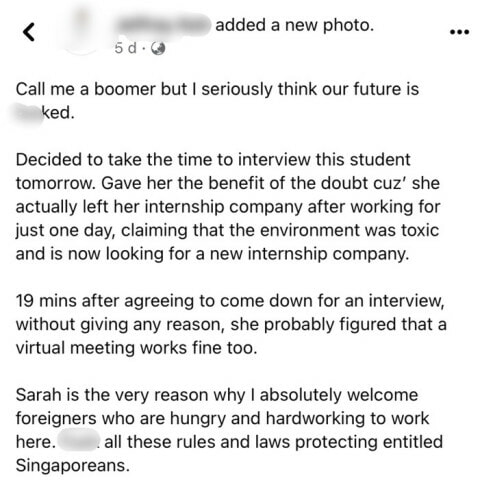 The post then sparked a lot of debate and many netizens seemed to believe that Sarah has dodged a bullet.

“Do you mean foreign workers will fly over to Singapore for your interview?”

“I can tell you make decisions based on emotional appeals.”

“Pretty sure Sarah dodged a bullet.” 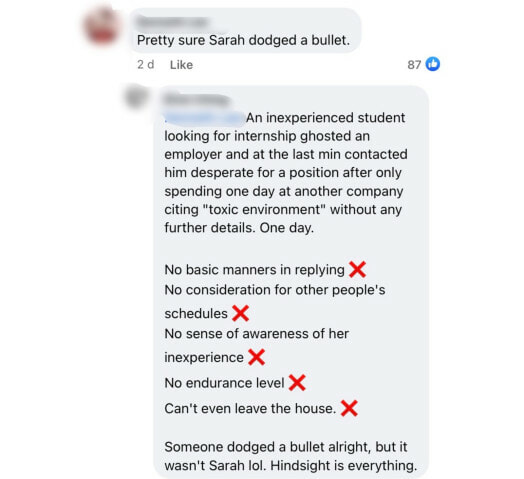 “Going on social media to rant about a hiring decision.”

“You’re not a boomer, you’re just outdated and toxic.”

Do you think the employer made the right decision of not following through the interview? Or do you think Sarah has dodged a bullet? Let us know in the comments below. 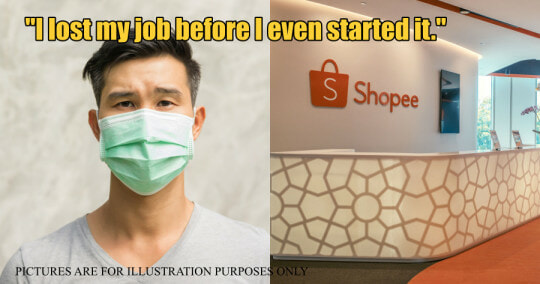