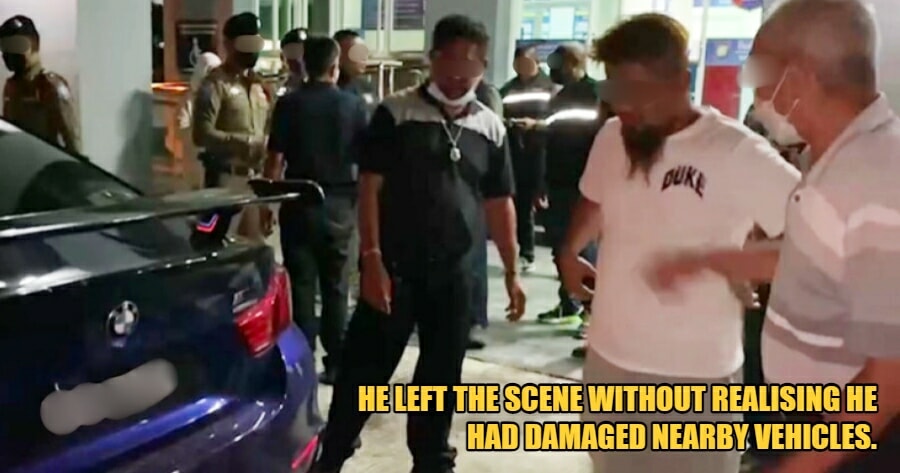 Based on a report by Berita Harian, it all took place last Friday (October 28), when the 32-year-old Malaysian man; who was driving a BMW M2, decided to drift around a parking lot of a tourist spot.

While performing the stunt, he ended up damaging a nearby car and 3 tuk-tuks, leaving the vehicles with broken mirrors and scratches as his tyres sent rocks flying through the air, as shared by Bangkok Post. The man then drove away from the scene.

Hatyai Tourist Police Chief, Lt Col Anuwat Rithichai, explained that the owners of the damaged vehicles had then lodged a police report on the incident.

“The police managed to locate the vehicle driven by the Malaysian man at the Immigration, Customs and Quarantine (CIQ) Complex at Sadao, Thailand at about 6pm yesterday (Saturday – October 29). The driver and his wife were taken to the police station to meet the owners of the affected vehicles,” he added.

There, the Malaysian man apologised as he did not realise that his action of drifting had caused damage to the vehicles in the vicinity. 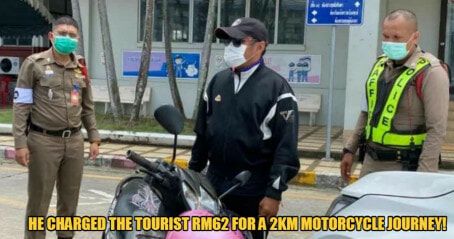