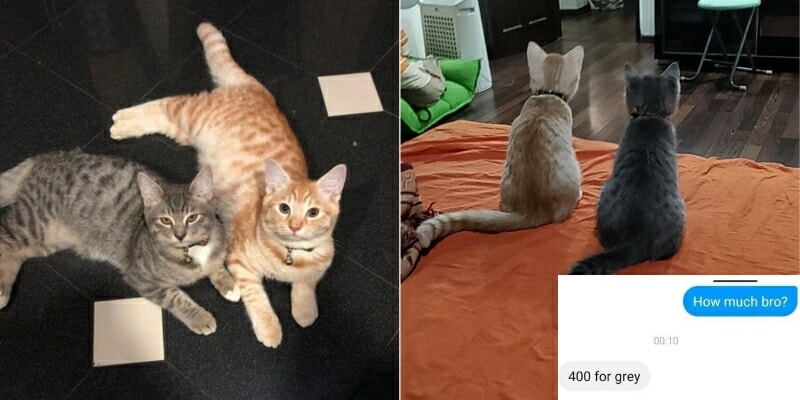 Time and time again, we’ve encouraged adoption instead of shopping for pets but, we rarely talk about what happens to the animals after they’ve been adopted.

Most of the time, it’s tales of animals finding their forever homes and living happily ever after but every once in awhile, previous owners will encounter adopters that will make them wish they never gave up their beloved pets in the first place.

Ani Red Wolf Hassan, who is an administrator for the Cat Free For Adoption (Malaysia) Facebook group has been trying to help a pet owner get his pet cats, Tom and Jerry, back after the new owner that adopted them had put them up for sale. 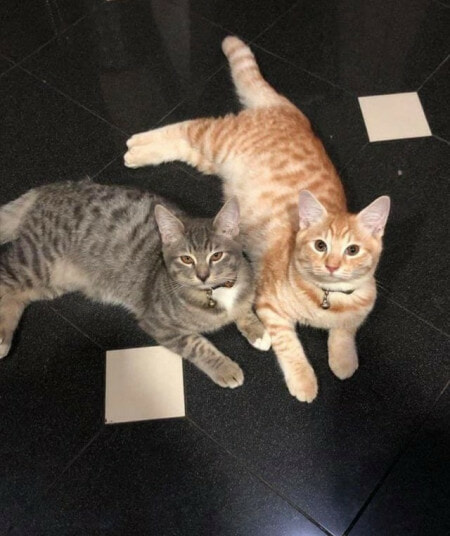 It all began when Tom and Jerry’s owner had posted in the group that he had given up the cats to an adopter who wanted to take them in, only to find them for sale on another group just two weeks later.

When the owner confronted the new owner about it, the new owner said that they were being sold off (separately, at that) because the two cats were fighting with each other. 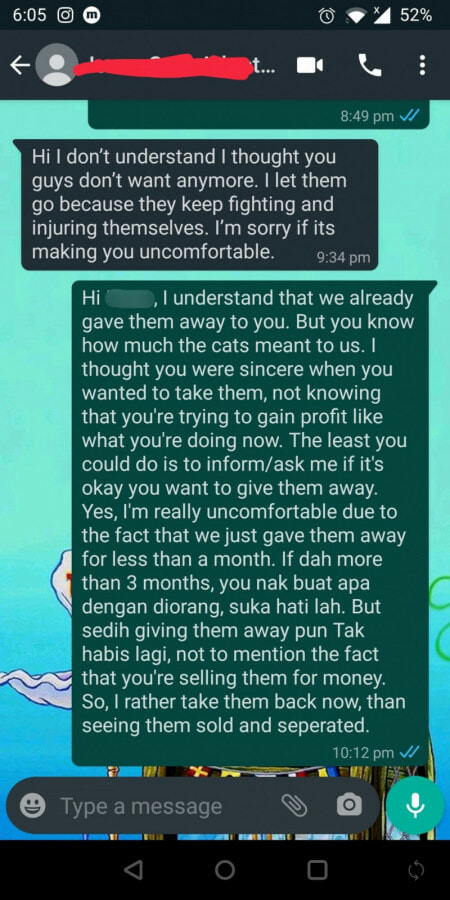 “We’ve never seen them fighting in the nine months we had them,” they owner wrote, adding a screenshot showing that the new owner was seeking RM4oo for one of the cats. 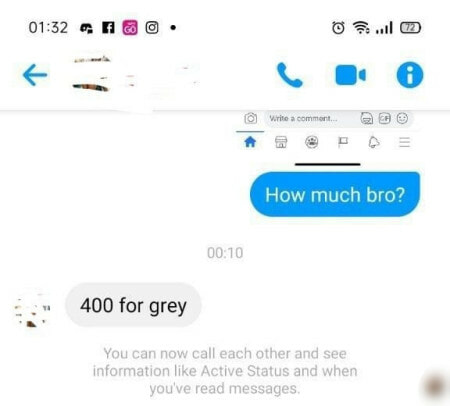 “How would you feel, as a cat lover, to watch the cats that you had just let go being sold off?”

The owner, along with the help of Ani, tried their level best to get Tom and Jerry back, including going to the authorities, but unfortunately, nothing could be done as the cats were given to the new owner willingly.

“Forgive me, I tried my best to save Tom and Jerry from the criminal who is selling them. But, the police said that there is no case as the owner had handed them over willingly, not by force. It’s okay, we are drafting out a black and white form for any cat handovers. If there is black and white, then you can take action against an adopter who sells cats that they got for free,” Ani shared. 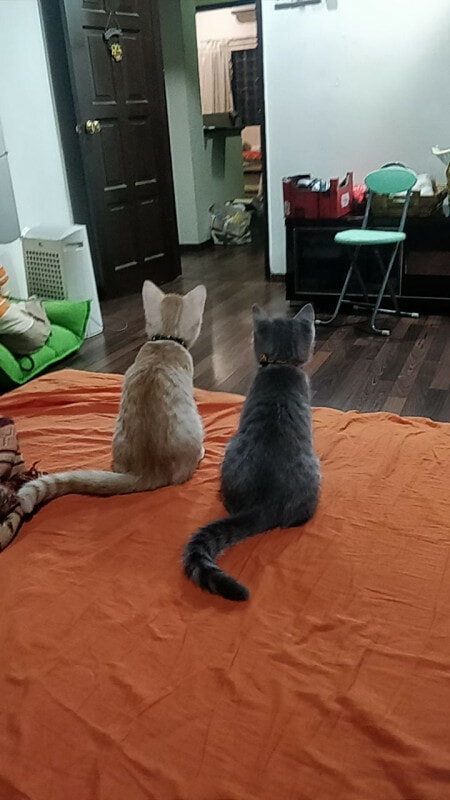 It’s truly sad to know that something as noble as adopting animals can be exploited.

We also hope that the two cats won’t be separated from each other. 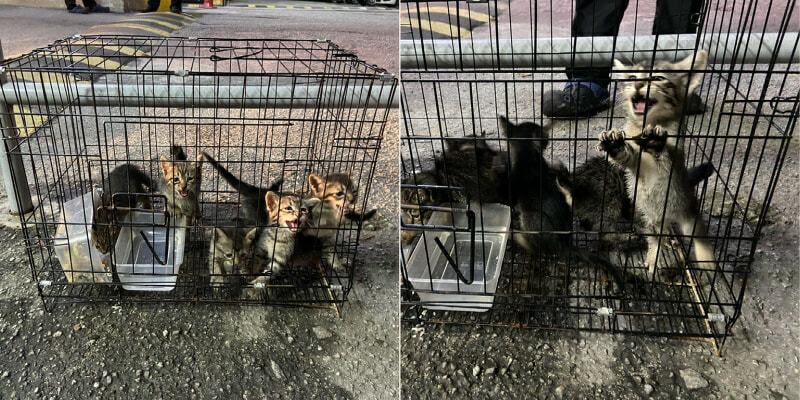