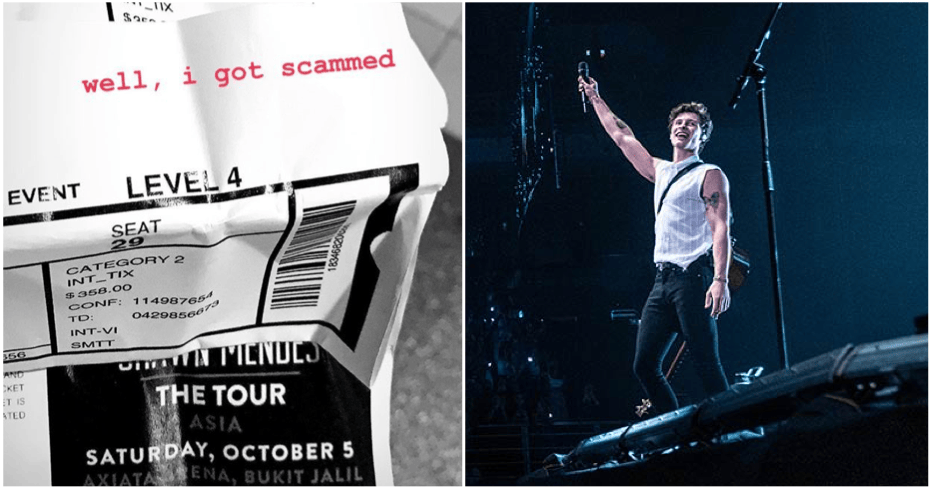 It was in April when Malaysia was announced as one of the destinations for Shawn Mendes’ 2019 World Tour and when the tickets were open for sale, Malaysian fans thronged ticketing sites to hopefully get a pair or two to witness their favourite superstar in their own backyard. 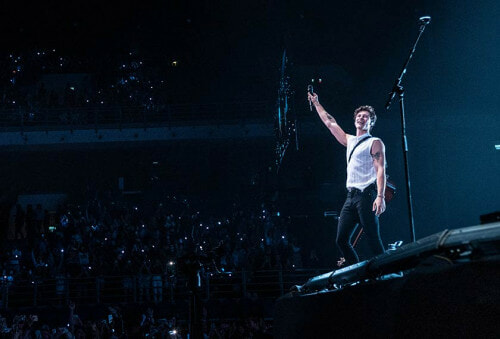 However, due to the sheer numbers, many were unable to get tickets on time and resorted to looking for resellers and scalpers on other platforms. Some resellers were legit, but most of the time, scammers would use this chance to make a quick buck off desperate fans. 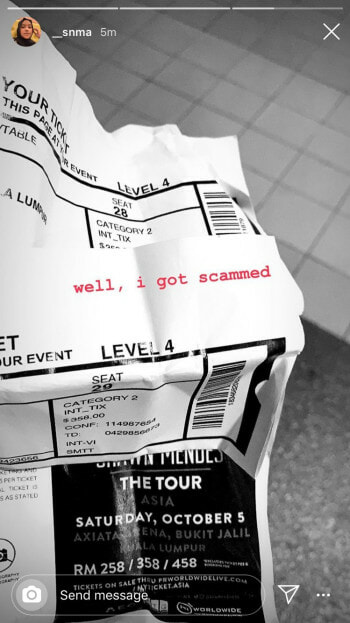 A girl by the name of Putri Noraini was one of the victims who shared her experience online. She tweeted,

“I bought the ticket from this carousell account. We even met the person at Summit since she wanted to give the ticket physically.” 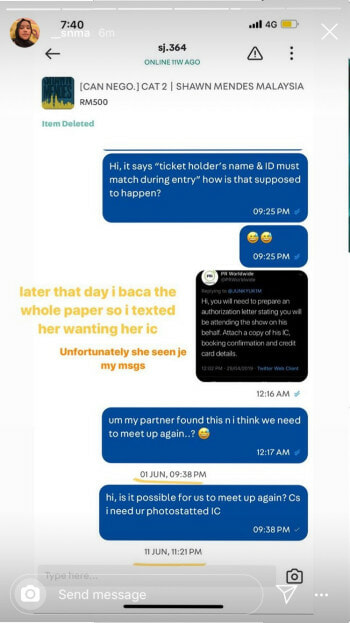 Putri initially did not know that for some events, tickets aren’t transferrable as they’re linked to your IC number and name (sort of like plane tickets). The scammer preyed on Putri’s ignorance and ripped her off her hard-earned money.

Putri found out that she was scammed after the customer service person told her at the entrance of the stadium she could not enter. She tried to contact the scammer to request for the IC but failed to get any replies. She lost about RM800 for the two tickets she purchased from the scammer.

okay so about shawn mendes concert tu act, me and my senior kena scam and here's the story macamana boleh kena.. be careful okay if you nak beli any ticket from someone 🙂 ❤️ pic.twitter.com/QROQc8uU0e

Putri shared that customer service told her that the tickets were fake as well, so she couldn’t get in even if the IC number listed were hers.

If you are planning to see your favourite star at a concent or any event for that matter, please purchase the tickets through legit sources. Stop buying from scalpers because they tend to jack up the price of tickets. If you’ve found tickets on social media that sound too good to be true, it probably is. Don’t let your love for your favourite artist get you scammed ok?

Also read: Malaysian Man Loses RM63K After Scammer Managed to Get His Money Without An OTP Code 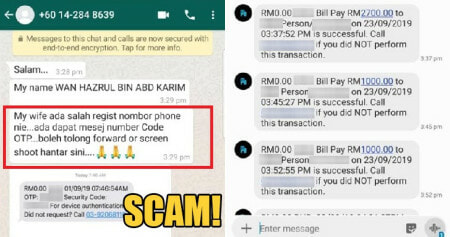