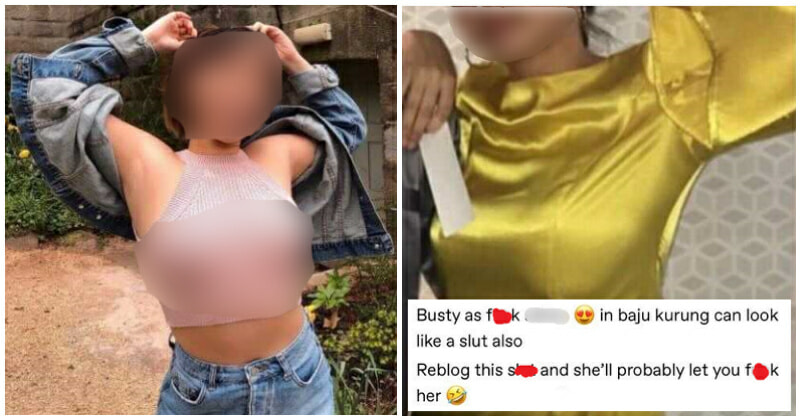 Trigger warning: This article mentions assault and acts of sexual deviance that some may find unsettling. Viewer discretion is advised.

Many of us would be aware by now of the many disgusting Telegram groups that have been posting and circulating pictures of women without their consent. Some of these pictures and videos were even shared by these victims’ husbands, partners, and ex-partners. 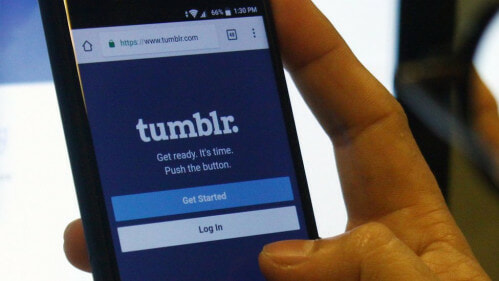 Tumblr, a platform that has been made for microblogging and social working “to express yourself, discover yourself, and bond over the stuff you love” has a dark side too.

Speaking to WORLD OF BUZZ, Zoey Phoon, 23, recently shared how she had fallen victim to this “dark side”, including a bunch of her girlfriends and ex-high schoolmates, when their pictures were circulated around a Tumblr blog. 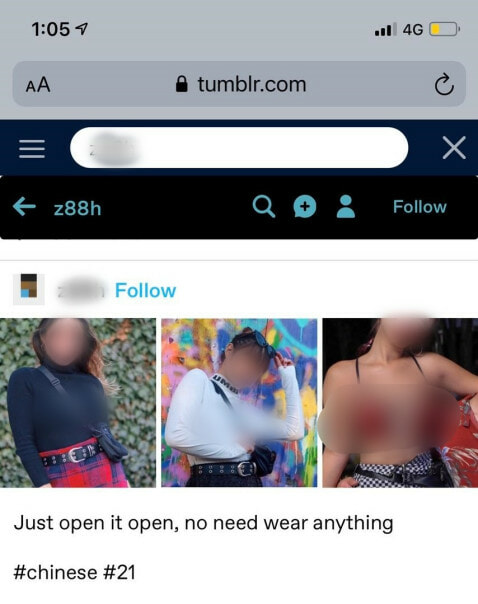 On 29 June, while working at a cafe, Zoey received a message from her friend, who happens to be her junior from high school.

“She said that her friend stumbled upon this Tumblr blog with pictures of herself, me and my friends. Basically, a lot of girls from the secondary school we all went to,” Zoey exclusively told WORLD OF BUZZ.

“I went to the blog and realized that it was literally all the girls from my high school, around the same year or batch, either one year younger or one year older. And our close mutual friends from other schools.”

What’s shocking is that these photos are images of women in normal, clubbing, or bikini outfits – and they’re secretly used to objectify them. Furthermore, 24 known girls had fallen victim to this. There are more that have not been identified.

“The pictures were mostly taken from our Instagram like if we had bikini pictures or clubbing pictures that we were showing skin, it will be reposted on that blog with really lewd comments,” she added. 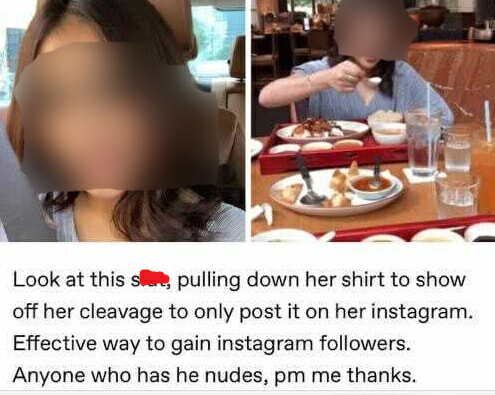 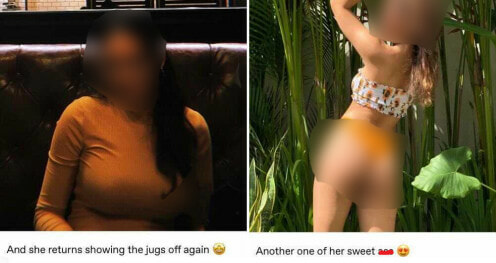 Zoey and the other victims were determined to seek justice and together, they went through the entire Tumblr blog and their own follower list on social media.

From there, they found a user who was following all their accounts, and creepily, it was someone from the same batch in their high school.

What’s more, he even posted pictures of his own aunt with lewd comments about her body & the hashtag ‘#relatives’

Zoey said she felt disgusted, especially seeing how he was capable of lusting over his own aunt.

The victims confronted the culprit & asked him to seek help

When confronting the culprit the first time, the guy denied that it was him. However, after a series of events, he confessed.

Zoey and the girls still went forth with the decision of letting his parents know, as they believe it would be good for him to seek help or therapy with the support of his family.

The guy agreed to seek help to better himself and is currently seeking treatment.

Zoey added that she has no intention of insulting the culprit but chose to share her story in hopes that it would create some awareness of the “dark side” of Tumblr.

WORLD OF BUZZ has reached out to the culprit for a comment but is yet to get a response. According to Zoey, he has been advised by his therapist to take some time away from social media. 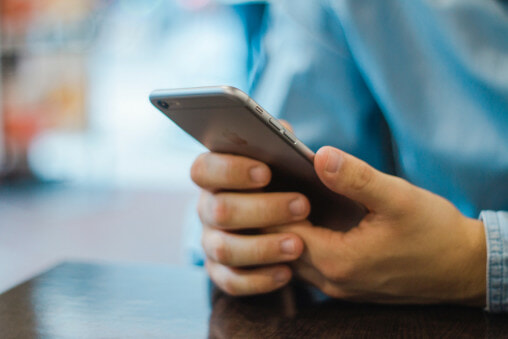 We don’t have to remind people out there that this type of behavior is not only frowned upon in society but is actually illegal in Malaysia.

Under Section 292 of the Malaysian Penal Code, someone guilty of possessing or distributing these types of images can be jailed for up to three years or fined, or both.

Unfortunately, aside from Telegram and Tumblr, there are still tons of other platforms where images of women have been stolen and shared without consent to be objectified by strangers on the internet. If you find your own images being circulated on the internet…

Here’s what you can do:

Let’s make sure we create a safer and healthier society. Share this article with your friends to raise more awareness.

Also Read: Man Arrested In PJ After Threatening To Leak GF’s Explicit Videos If She Leaves Him 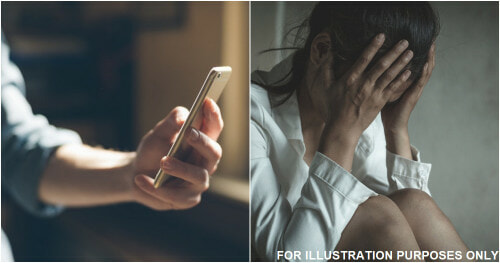