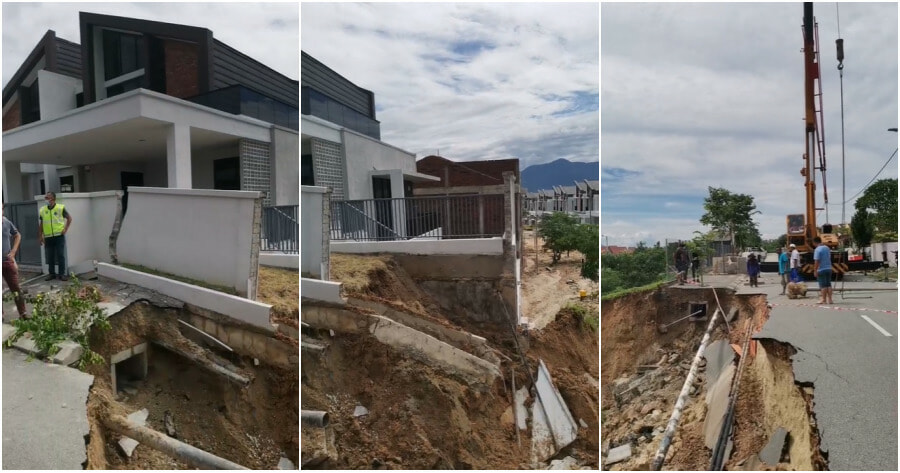 A local family of five was recently shocked to find that a section of their new home in Taman Sri Perkasa in Ipoh, Perak, had collapsed due to a landslide which took place Sunday (15 May) morning. 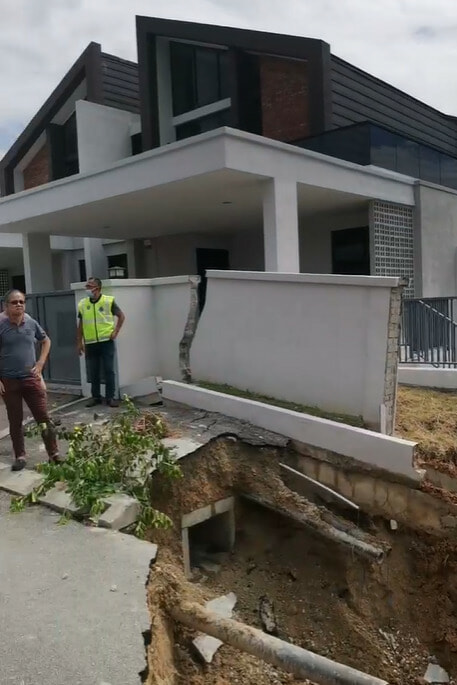 According to Sinar Harian, the landslide was caused by knee-height flash floods which took place during a thunderstorm just before dawn.

This is not surprising as flash floods are a common occurrence in this residential area.

A long-time resident of the area stated, “I’ve lived here for 20 years and I’ve never seen a landslide such as this one.” 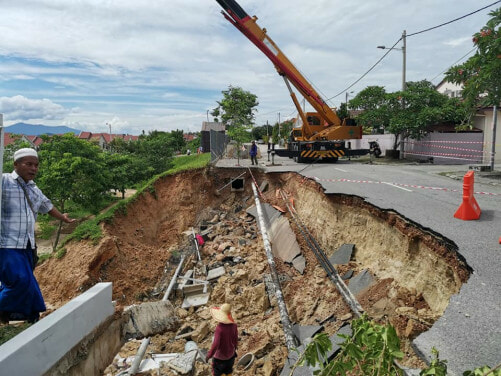 In a video posted by Gopeng Member of Parliament, Dr Lee Boon Chye, on his Facebook page, a crane can be seen clearing debris from the disaster site as onlookers lingered about.

The Ipoh City Council has been called on to start work on the disaster site’s slope and underground infrastructure reparation.

Additionally, according to Lee, a water catchment pond needs to be created as soon as possible as the flash floods that caused the landslide was a result of a housing project adjacent to Taman Sri Perkasa.

As of 10am today, the slope of the landslide has been paved by the developer. 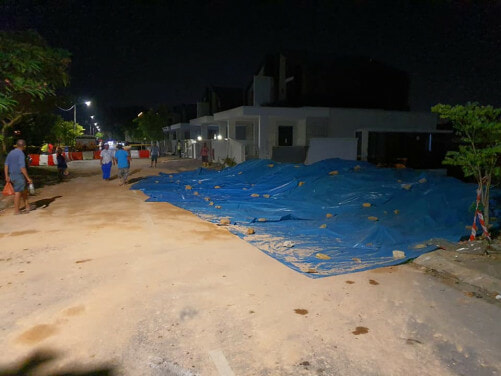 From what we can recall from the past few months, flash floods are not a new occurrence. This is an ongoing problem that many have claimed to stem from a poor drainage system.

A flash flood on its own may not result in any fatal consequences.

However, the butterfly effect of flash floods, especially recurring ones, which lead to landslides, destruction of crops, damage to infrastructure can be costly and should be taken seriously.

Have you ever experienced a flash flood or landslide? How did it affect you? Let us know in the comments! 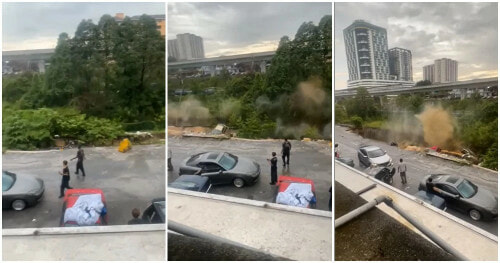