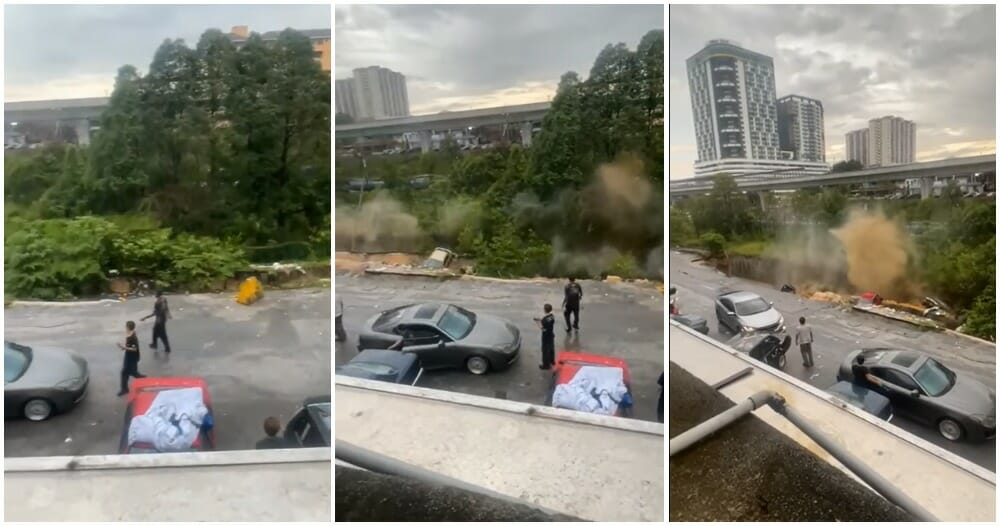 A huge chunk of the road in Seri Kembangan has chipped and fell off into what appears to be a drain. This was caught on camera by a netizen and it soon went viral like wildfire.

The video starts off by showing some cars parked on the side of the road and there was a crack in the ground. Soon, we can hear the woman who was recording the incident had started shouting for the people to run. 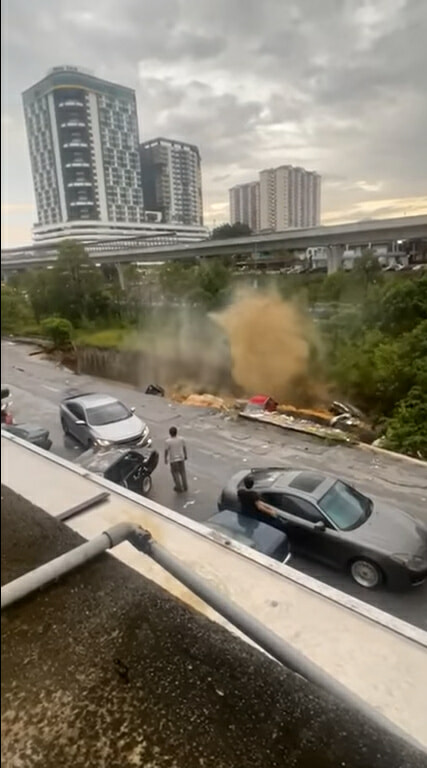 This landslide incident happened at 6.30pm of 25 January on Jalan LP1A/2 Lestari Perdana in Seri Kembangan.

According to Sinar Harian, some of the witnesses said that the incident happened very fast and the group only managed to move a few cars before the landslide happened.

“There was nothing we could do for the 5 cars left as it was still raining that time. We were worried about the safety and the water in the drain was moving quite fast.”

The Assistant Superintendent II of the Serdang Fire and Rescue station Saharudin Abdul Razak said that the rain caused the drain to burst and the side of the road to fall off to a “depth of 5 to 6 metres.”

He added that this is not the first time this kind of incident had happened around this area as a landslide had occurred about 50 metres from this site in 2017, reported BERNAMA. 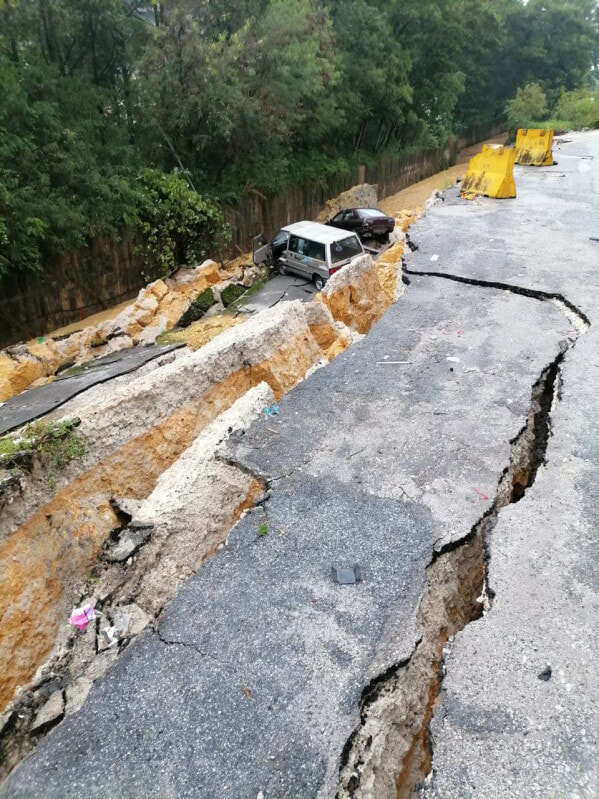 Thankfully, there was no one injured in this landslide.

However, we hope that the authorities will look into this area as there are already two incidents that had taken place here. 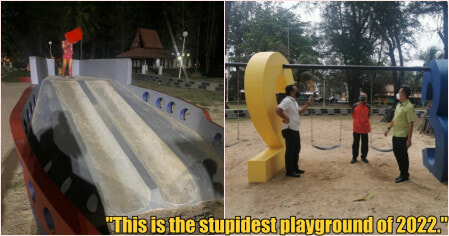