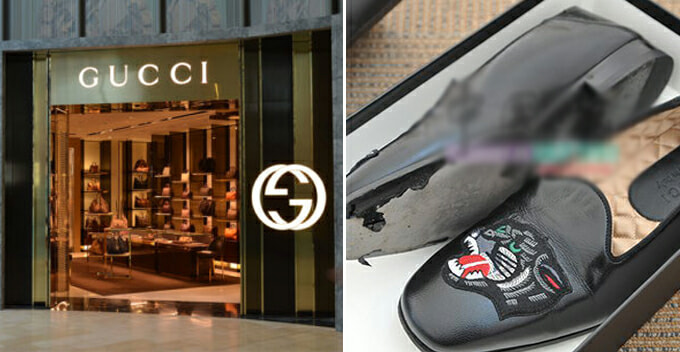 With that jaw-dropping price tag, you’d think the loafers would at least have some sort of top-notch quality, but that’s not the case here.

On 25 August 2018, a man had bought a pair of Gucci loafers bearing the price tag of RM4,590 but they were terribly damaged after being worn for just three hours only.

According to China Press, the man surnamed Lim had acquired the shoes at Pavilion KL and after getting a special discount, he paid RM3,901.50 for the premium loafers. Yeah, we still can’t afford it after the discount.

Three days later, he brought along the Gucci loafers to attend a business meeting in Macao. Sadly, after putting them on and walking around for just three hours, the soles started peeling off, and this rather embarrassing incident was witnessed by his friends.

“My friends even asked me if the loafers were imitations,” Lim said. 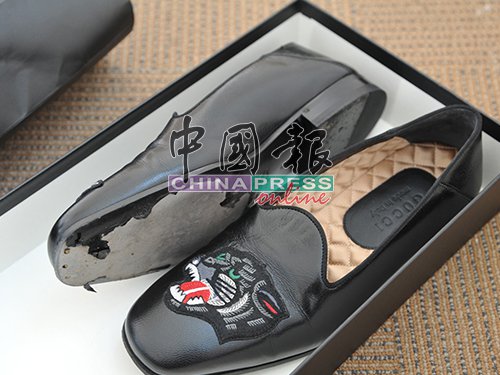 “Two weeks later, a Gucci worker called me and said the problem wasn’t a manufacturing defect and it’s caused by the consumer’s behaviour. They gave me two options. One, I can take it back and continue wearing the loafers; two, they’d help me stick new soles on the shoes,” Lim said.

Which option would you pick?

Lim turned down both of the options and made an official complaint to the Tribunal for Consumer Claims Malaysia. Soon, he received a call from Gucci Singapore asking him to retract the complaint as they wanted to give him a full refund. However, Lim refused to do so as he wanted to exercise his right as a consumer.

During the proceeding, a spokesperson from Gucci claimed that the loafers were in excellent condition at the time of purchase and that the soles were made of genuine leather material. Hence, Lim should be blamed for damaging the shoes.

However, the president sitting in the tribunal reckoned that it doesn’t make sense for the soles to peel off so soon since Lim wasn’t walking in a jungle when that happened. Also, how could the soles be so thin if they were really made of genuine leather material?

As such, the tribunal accepted Lim’s request and ordered Gucci to issue a full refund and an apology letter. After this experience, we doubt Lim would still want to be a part of the Gucci Gang.

I don’t know about you guys but I’m sticking with my good ol’ Bata and Asadi shoes. Would you pay RM4,500 for a pair of premium loafers? Let us know in the comments!

Also read: Here’s Why Malaysians Love These Locally-Made Shoes That Cost As Low As RM5 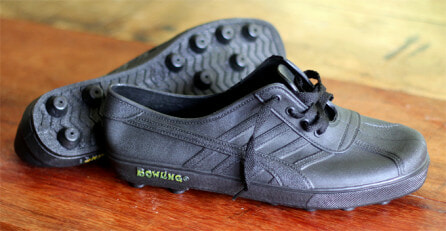