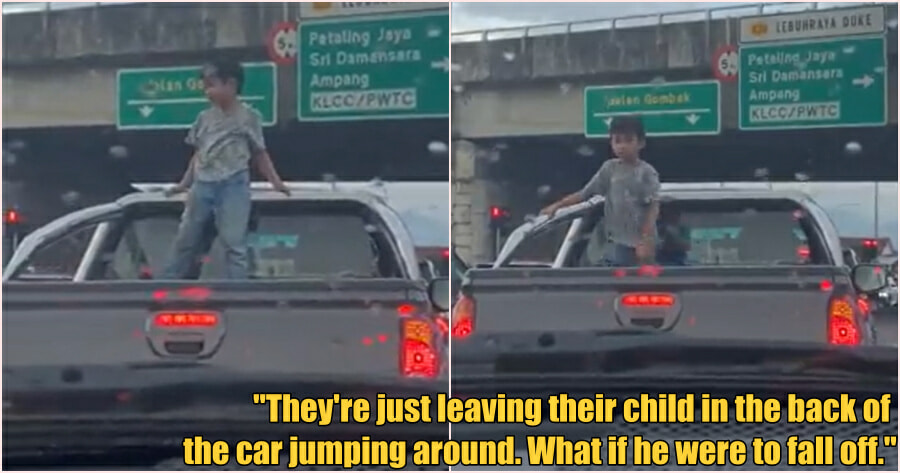 Children often have unpredictable tendencies and act impulsively & irrationally. They can often get into some dangerous situations when not being attended to by their parents.

However, some situations can surely be avoided especially if the parents are right there.

Such a situation was recently featured in a video posted on Twitter by Bella. The short clip showed a young boy standing at the back of a pickup truck as it was moving on a busy road!!! 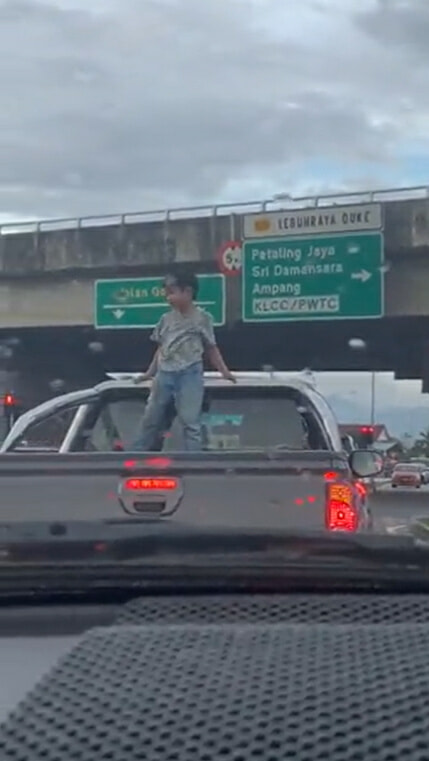 The boy can be seen jumping and playing around by himself at the back, whilst it is assumed that his parents were sat inside the car.

Bella writes in her tweet, “I am not able to comprehend what the parents of the child are thinking. It is raining as well. They’re just leaving their child in the back of the car jumping around. What if he were to fall off.” 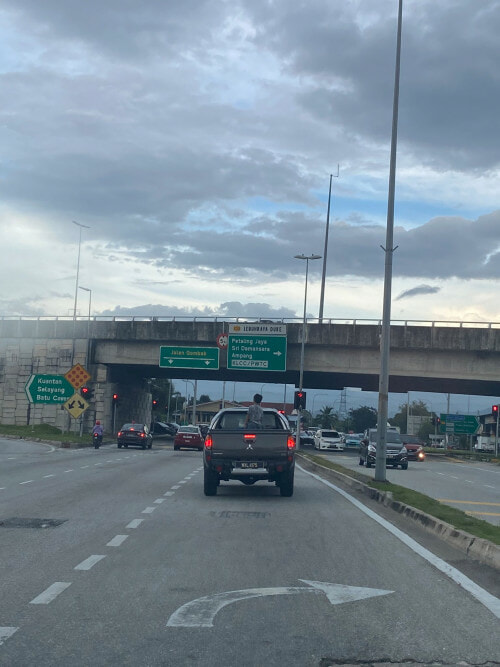 “A couple of cars honked at them and even rolled down their window to scold them. But the parents didn’t even try to do anything,” she added.

The tweet by Bella has amassed plenty of attention and currently sits on over and 175,000 views and 5,100 likes.

Many users expressed their disapproval over the parents’ actions. Some were even trying to capture the attention of PDRM in hopes that they would step in to investigate the matter.

One user said, “Sadly there are parents like this who don’t care whatever their children do to the point where someone else has to lecture and scold the child instead.”

Some users even suggested that perhaps its the child’s fault for insisting to sit at the back. However other users quickly shut this down by saying that whatever the case, the parents should have known better. 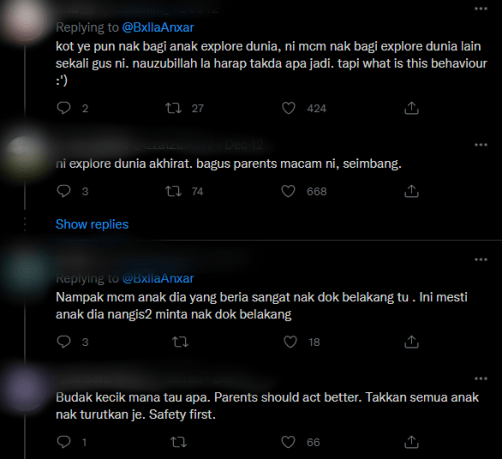 Others criticised the parents and lamented that perhaps, they do not know the proper road safety procedures and protocols. 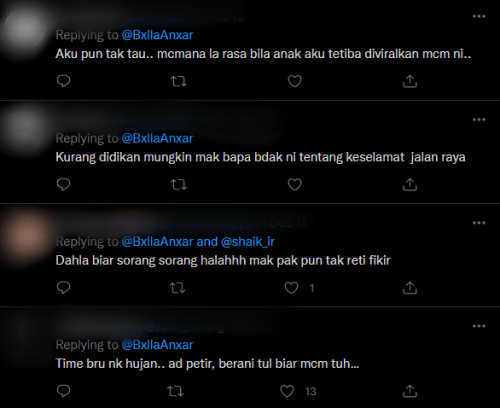 Have you ever witnessed something similar? Let us know in the comments. 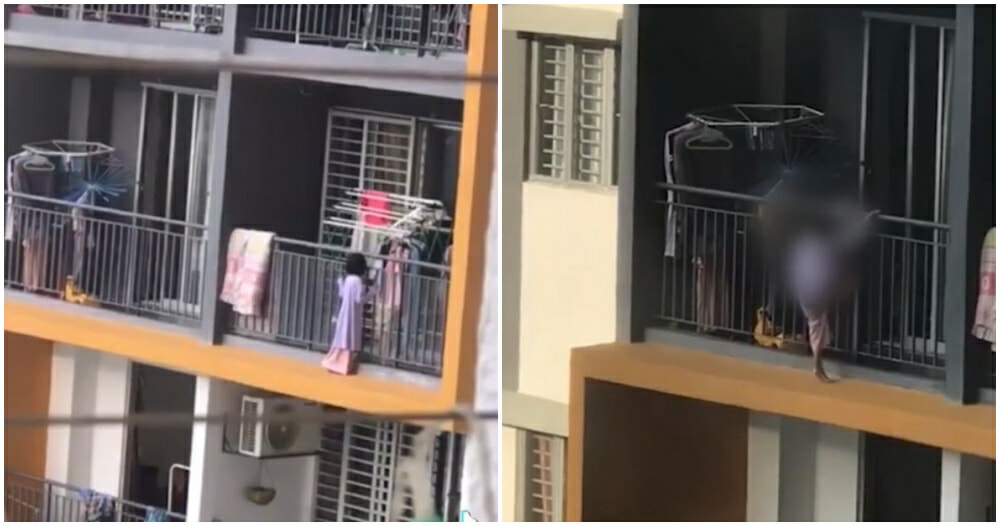