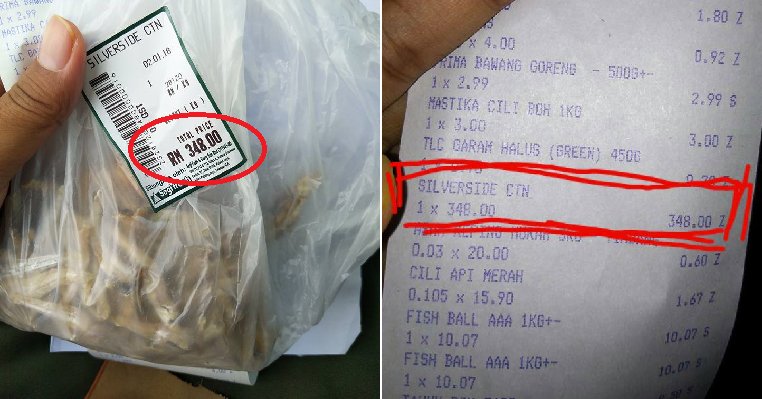 Grocery shopping these days doesn’t come cheap but this young lady was utterly shocked when her grocery bill came out to be much more than she expected to pay. 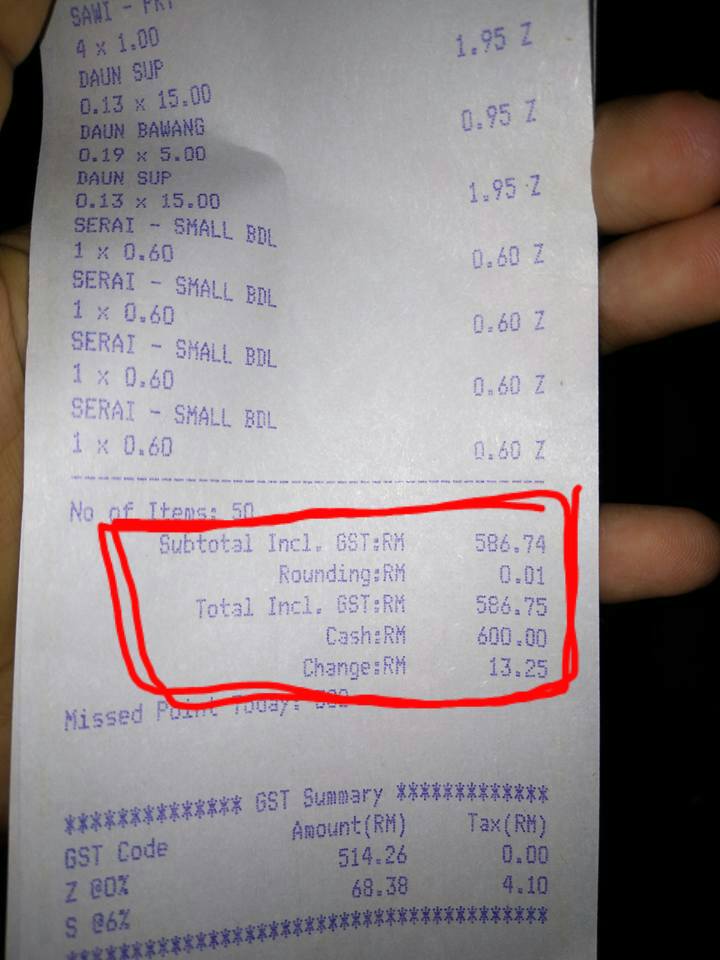 She shared her story on Facebook and cautioned other people to always check their receipts after making payment. Most of us probably just throw it away without a second glance!

Nik Yam Chik Zainab, a student, went to the supermarket to restock her kitchen after her exams and expected that she would only spend about RM200. However, when she was at the cashier, she discovered that the total amount came up to RM586.75. That’s a big difference! She took out RM600 and received RM13.25 as change. 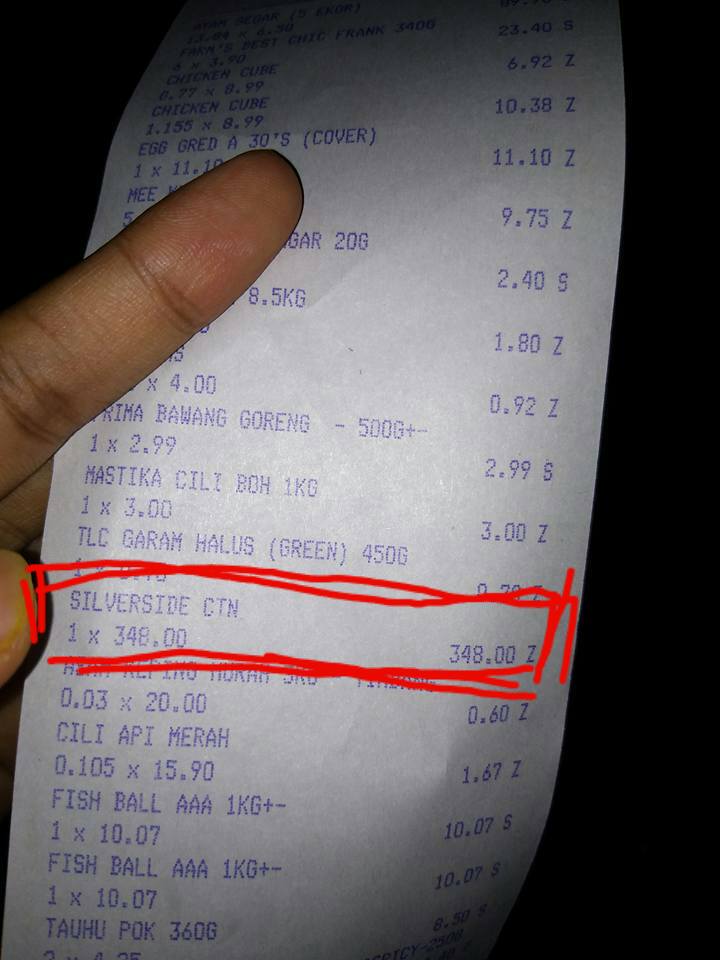 Zainab said that she had the habit of writing down a shopping list on a notebook or a piece of paper so that she would not miss out anything she wanted to buy. Hence, she felt strange that her bill came close to RM600, which was much more than she expected to pay. As soon as she went back to her car, she checked her receipt.

“When I checked the receipt, I was surprised to find that the ikan bilis I bought was not listed in the receipt. Instead, there was an unknown item listed as ‘Silverside CTN’ that was priced at RM348. Feeling puzzled, I went to the car’s boot to check on my groceries and look for the missing ikan bilis.” 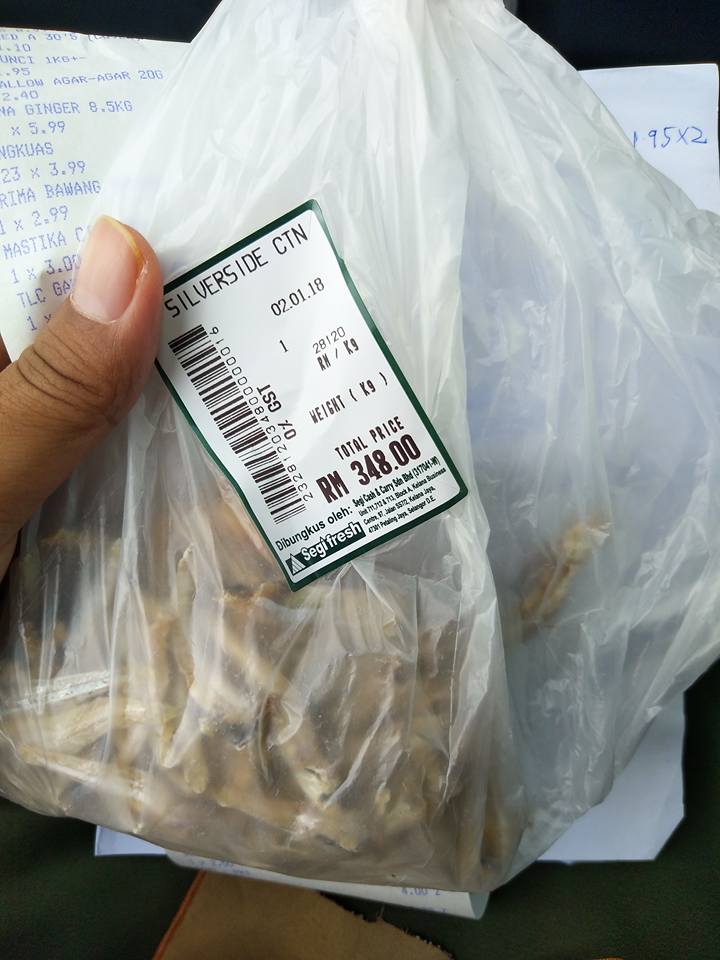 Luckily, she found the plastic bag of ikan bilis that was supposed to cost only RM2.24. However, she noticed that the sticker on the bag showed the price of the ikan bilis as RM348 and described it as ‘Silverside CTN’. Zainab then went back to the cashier to explain the mistake and fortunately, they refunded her the amount.

She said that she wrote the post as she just wanted to share her experience and warn others to be extra careful. “Don’t be lazy, just take a look at your receipt to see whether the prices listed and the amount you paid are the same. Always check and be alert!” she wrote.

Those grocery receipts may be long but it’s worthwhile to always keep track of what you spent on! 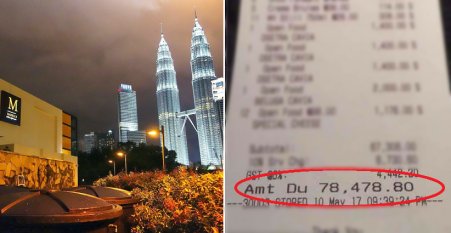