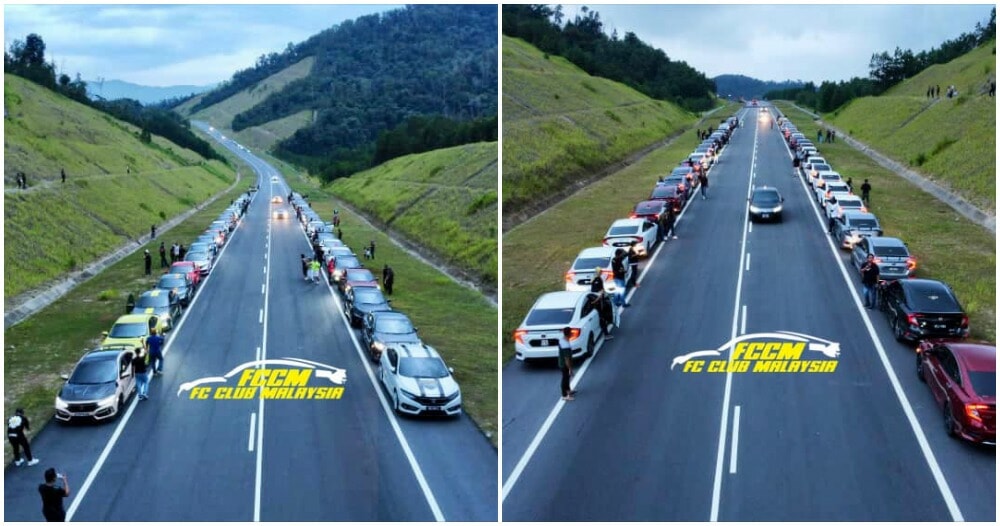 Just when we think that we have seen everything, someone always manages to surprise us.

A Malaysian car club has recently gone viral for a very self-exposing series of photos. Just see it for yourself. 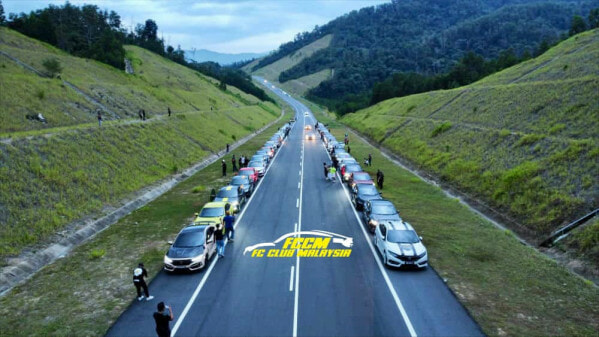 The convoy on 22 January which started from Eco Majestic, Semenyih, went all the way to this particular scenic highway named Temiang – Pantai Highway located in Seremban.

When they reached that particular highway’s most beautiful spot, the convoy stopped on the emergency lanes on both sides of the road to take pictures of their cars!

This is a very irresponsible action as it can cause accidents and for goodness sake, it is a HIGHWAY.

“The drivers want to organise a convoy and you (the club) encouraged it, next time please use your brains before organise it.”

“The authorities will very easily issue out summons, you guys are really generous to ‘donate’ to the authorities.”

“Hopefully PDRM will summon these people and let them sleep in the lockup. They are making it seem like there are no laws in Malaysia.”

“Are there no other places to stop safely for this kind of activity? Low intellect.”

“Emergency lanes are not a place where you guys can hang out there. If there is a lorry whose brakes are not functioning then the cars will be swept away in all directions.”

The police have voiced out and said that they have identified 48 cars and will contact the head of the club, reported Berita Harian.

“Stopping and parking on emergency lanes without any reason is an offence as it can endanger other road users.”

The Nilai Chief Police, Superintendent Mohd Fazley Ab Rahman said that actions can be taken against the individuals under Rule 53(1) of the Road Traffic Rules 1959 which says that no vehicles should be left on the emergency lane other than in emergency cases. 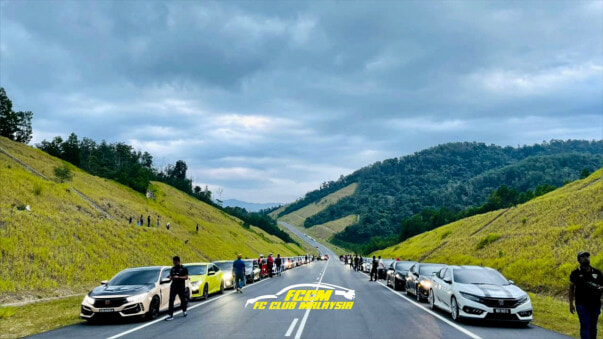 Superintendent Mohd Fazley also says that the area is really beautiful so a lot of people stop and take pictures there even when it’s dangerous to do so.

He added that they will be discussing with the Road Works department and local authorities to create a place where people can stop to take pictures there.

Also read: WATCH: M’sian Driver Tries to Beat Red Light Only to Come Face to Face With a Police Car 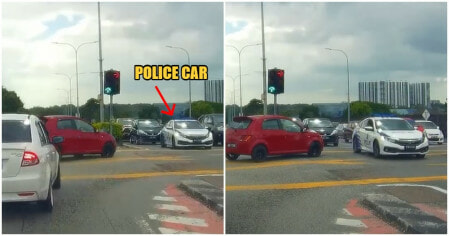