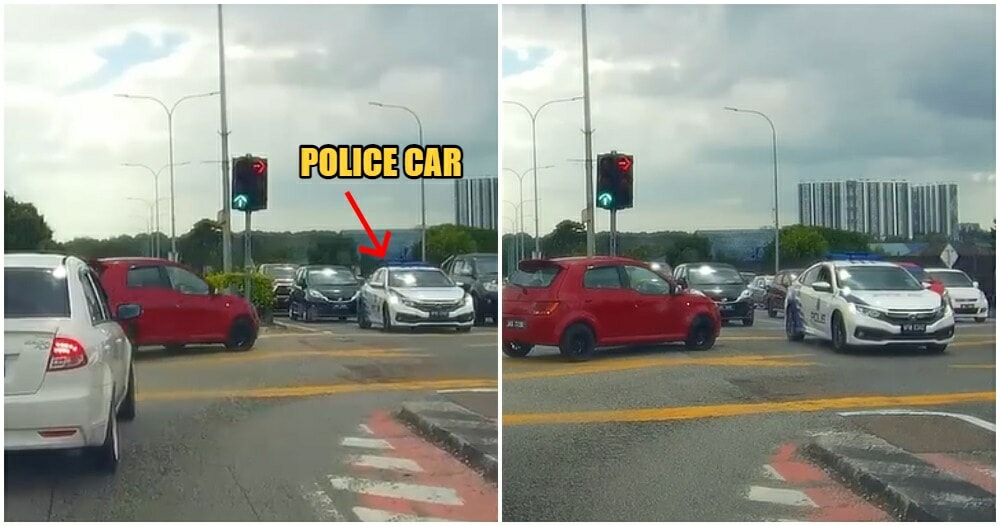 You see many types of drivers on the road, such as those who don’t know where the signal is, those who like to cut the queue, those who beat the red light, etc.

Those drivers are certainly very annoying and on a rare occasion, you can see their fearless attitude go out the window when they are faced with the police. That is definitely a treat!

Recently, a netizen by the name of Hong Ah has uploaded a dashcam recording of a cocky driver who tried to beat the light… only to come face to face with a police car!

In the video taken on 3pm of 15 January, we see the red car on the left speeding as the light had turned red and they did not want to wait. They were unable to make it as the cars on the other lane has started to move.

It turns out that the white car on the opposite lane is actually a police car and the red car was caught red-handed in the yellow box.

After seeing the cop car, the red car started reversing.

Hong Ah told WORLD OF BUZZ that the police car did not stop and just went off. He added that this incident happened in front of Plaza Angsana, a popular mall in Johor Baru. 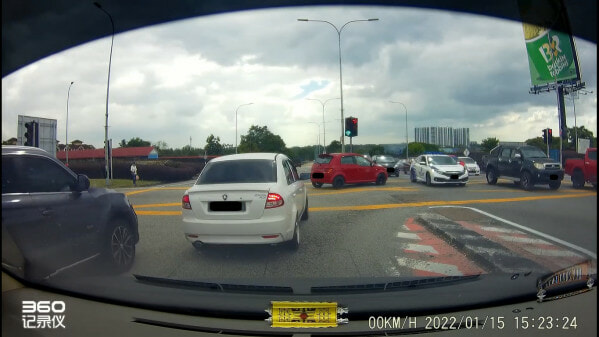 “If the police stop, it will cause a jam. Maybe they took the car plate number already so just wait for the summon letter to arrive.”

“Hopefully the police officer took down the number plate, just wait for the summon letter.”

“(You) will get a love letter later kakaka.”

Well, drivers like this do need to learn a lesson! What are your thoughts on this? Let us know in the comments!

Also read: Motorcyclist Kantoi for Beating Red Light After Not Realising Abang Polis Behind Him 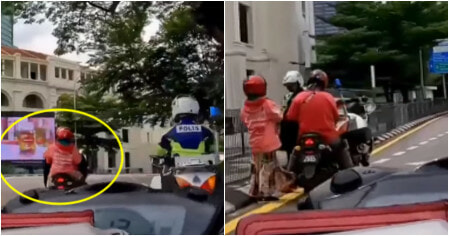