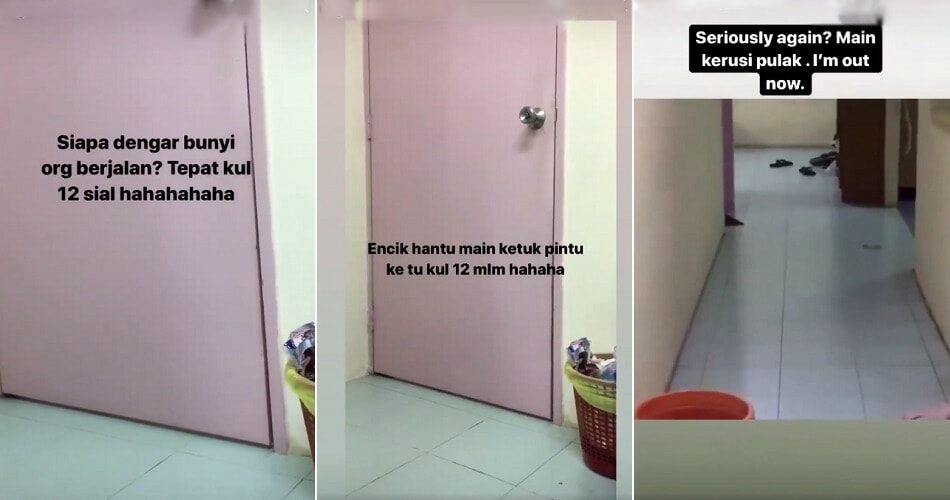 One Malaysian girl had a supernatural encounter when she was studying for an exam all alone in her dormitory and tbh, we’re freaked out for her, reported Noodou.

A friend of the girl shared her entire experience – which was initially documented on the girl’s Instagram story – on Twitter and it has gotten over 33,300 retweets at the time of writing.

According to the videos shared, the girl first heard someone’s footsteps outside her room and immediately whipped out her phone to record her strange encounter. She wrote,

“Can anyone hear footstep sounds? It’s exactly 12 am! Hahaha.”

FYI, she could have been referring to the witching hour, which is believed to an active period of time for witches, demons and other supernatural entities. Having said that, some people believe that the Witching Hour is at 3 am, as often believed by Christians, but the Merriam-Webster online dictionary says that it is at 12 am. Hmmm…

In her video, she explained that she was all alone in the dorm room because her housemates weren’t back yet; and she also said that her balcony was wide open. On top of that, she elaborated that she heard suspicious knocks on the door as well as water flowing sounds. Yikes, sounds creepy!

Here’s the video, please watch it at your own risk:

After hearing knocking sounds on the door, the girl then bravely invited the “supernatural entity” in. She was heard saying: “Come in. The door is unlocked.”

Now, you’d think that was the end of her encounter but the disturbance continued on the second day but this time… it got a little aggressive!

Documenting her second encounter with this “ghost”, the girl posted her experience on her IG stories. In one of her stories, she said,

“Seriously, again? This time its playing with the chair. I’m out!”

In the video, you can clearly hear chairs being pushed around rather harshly and in response to that situation, the girl calmly asks “them” to leave. As she pleads  to”the ghosts” to not disturb her, as she was clearly spooked by how harshly the chairs were handled, and thus she quickly locked her room door.

You can watch the second spooky video here:

Nonetheless, the netizen who shared the videos of the girl’s supernatural encounters commended her for being very brave because he claimed he would’ve run away. He shared,

“If I were her, I would have left the place already. This is Goddess levels of bravery.”

The netizen further revealed that the girl is down with a fever, and he hopes that she can answer her examination questions calmly. Well, we hope for that too!

As the Twitter thread gained audience and traction, many people pointed out how brave the girl was when she confronted the “ghost”. One netizen said that she talked to the “ghost” like it was her friend. Maybe she thought it was Casper, The Friendly Ghost!

Some netizens said that she shouldn’t have invited the “ghost” into her room, and she should’ve just ignored its presence. Do you agree with them?

On that note, this was certainly a wild story, and we are as equally spooked. I’m definitely sleeping with my lights on today!

What’s your take on this story? Fire away in the comments below!

Also read: Ghost Hand Appears in Car Being Pulled Out of Gombak Ravine & Netizens Are Freaking Out 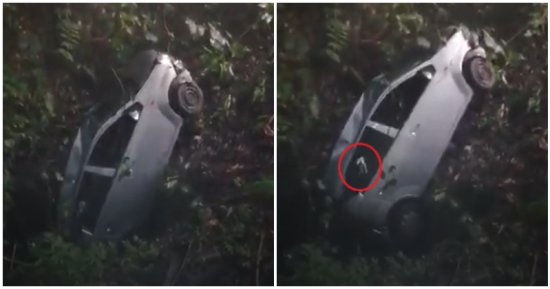