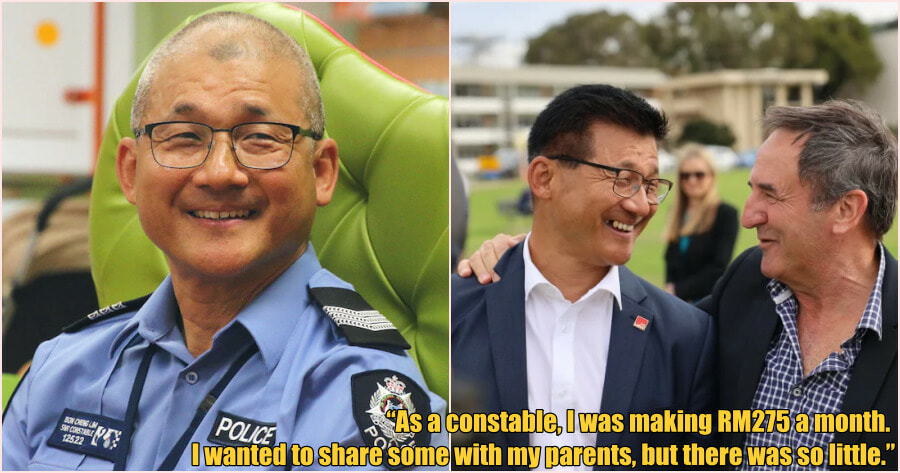 Although most of us feel extra patriotic and proud of our country, it is an undisputable fact that many talented Malaysians are planning to leave or have left the country for greener pastures.

An example of such an instance is Malaysian born, Sam Lim, who was recently elected as a Member of Parliament in Australia.

According to ABC News, Sam Lim won the majority of votes for the Perth seat of  Tangey, against the close friend and adviser of the Prime Minister of Australia Scott Morrison, Ben Morton, who was expected to hold onto the seat.

Lim grew up in a very poor family was based in Muar, Johor. He said that his childhood home had a leaky roof, dirt floor and no running water.

“So we had to struggle for the first 15 years of my life. But that 15 years built me up to today.”

He previously worked as a police constable but quit after 2 years due to the low pay.

“As a constable, I was making RM275 a month, and after deductions there would only be about RM180 left. I wanted to share some with my parents, but there was so little,” he said. He then moved on to working as a dolphin trainer at a safari park.

“I loved it because dolphins are so genuine. Dolphins never hurt you. If you feel hurt you jump into the swimming pool and the dolphin will come to you and try to comfort you. That was my best part of my career,” he said.

But when creditors moved in on the safari park, Lim had to bid farewell to his beloved dolphins, a time he described as one of mixed emotions.

“It was the worst part of my career at that time because we had to say goodbye to them, but we feel very happy they are back to their home,” he recalled.

Afterwards, he moved into a small business which eventually enabled him to move to Australia in 2002 with his wife and 3 children. 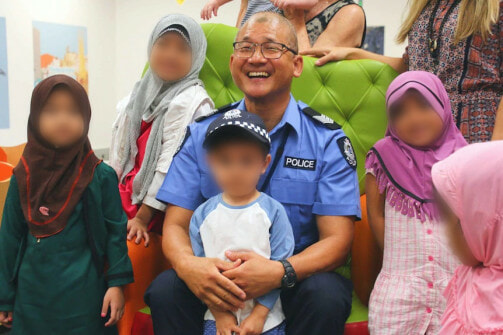 Despite the success of his business, he went back to his childhood dream of being in the police force by joining the Western Australia police in 2006 at the age of 45.

Lim who speaks 10 languages, was named Western Australia’s police officer of the year in December 2020 for his work with migrant communities during the pandemic.

Soon after, he was approached by Labor to run for election in Tangney and eventually becoming the second Malaysian born person to become a member of the Australian federal Parliament, after Kota Kinabalu born Penny Wong was elected to the Senate, representing South Australia, since 2002. 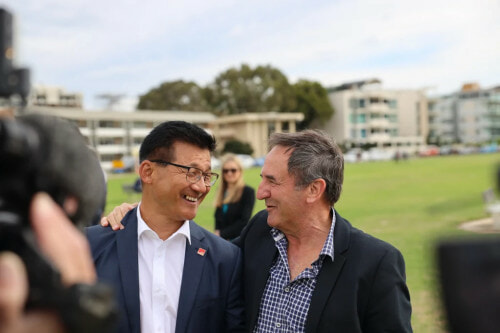 Lim’s victory was well received all around the world. Plenty of netizens praised and congratulated him for his success.

Meanwhile, some users pointed out that this is another example of another Malaysian wasted talent as well as ‘brain drain’ which is the departure of educated or professional people from one country, economic sector, or field for another usually for better pay or living conditions.

One user said, “In order to be successful, you need to migrate to another country… it just shows how bad living in Malaysia is.” 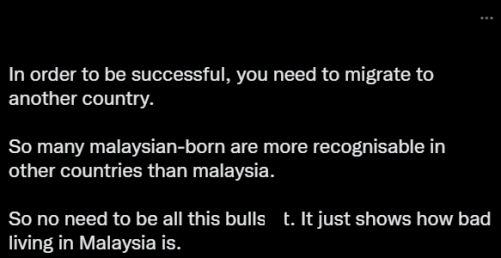 “He was a Malaysian before but this nation failed to recognise his abilities,” said another user.

Congratulations to Lim! Do you believe that Malaysians do better and shine when they relocate overseas? Let us know in the comments.

Also read: Poll Reveals Over 60% Of Malaysians Want To Leave The Country For Good, Sadly Here’s Why 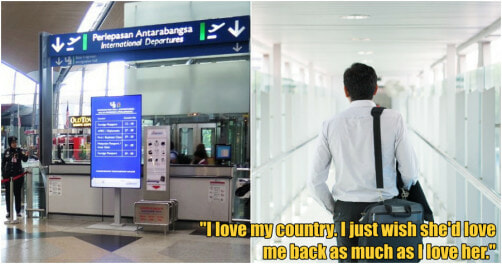