Malaysians all over the nation have recently been debating over the issue of LGBT rights. While some have shown their support, others have deemed the community immoral and against religious teachings. Now, it looks like another relevant case has sparked another debate surrounding this topic.

Earlier in April, two Muslim women aged 22 and 32 were caught attempting to engage in sexual relations inside a car while Islamic enforcement officers were patrolling the area. The two were reportedly discovered undressed with a sex toy in the car, according to Free Malaysia Today.

These women were then charged under the shariah law, musahaqah (which prohibits lesbian sex) earlier this week. They were sentenced to six strokes of the cane and a fine of RM3,300 each after they pleaded guilty.

“Sexual intercourse between people of the same sex is forbidden in Islam. It is an offence and morally wrong. This verdict is a first for us,” prosecutor Muhamad Khasmizan Abdullah told the daily.

“The caning would be carried out within the court premises. Under the shariah rules, they will be whipped with a rattan cane on their back with their clothes on while they are seated.”

Currently, the two women are on bail pending the execution of the sentence, which will take place on 28th August.

This case has caused outrage among activists in Malaysia, with groups like Justice for Sisters condemning the court’s verdict in a press statement endorsed by local human rights organisations such as All Women’s Action Society (AWAM), Sabah Women’s Action Resource Group (SAWO), Association for Women Lawyers (AWL), and the Pelangi Campaign. An excerpt from their statement reads,

“The judge fixed 28 August 2018 to carry out the caning sentence, and both women were released on bail for RM 1,500 with two bailors.”

“The two can also be imprisoned for 4 months should they fail to pay the RM 3,300 fine. The two women arrested in April 2018 in Terengganu were convicted under Section 30 of the Syariah Criminal Offences (Takzir Terengganu) read together with Section 59(1).”

“In the context of Malaysia, the punishments are also violations of the rights enshrined under the Federal Constitution of Malaysia, including Article 5 that protects the right to life and liberty, Article 8 that guarantees equality and non-discrimination based on gender, and Article 9 that guarantees freedom of movement.”

On top of that, this case has also received international attention. According to the New York Times, Amnesty International Malaysia has also condemned the sentence and called on the government to repeal laws imposing punishment against minorities.

This issue comes in light of the recent controversy surrounding the taking down of portraits of two prominent Malaysian LGBT activists at an exhibition under Penang’s George Town Festival (GTF). While many condemned the act, deeming it discriminatory, others supported the decision, with politicians saying that “granting” rights to this community would eventually lead to same-sex marriages.

What are your thoughts on this issue? Let us know in the comments below! 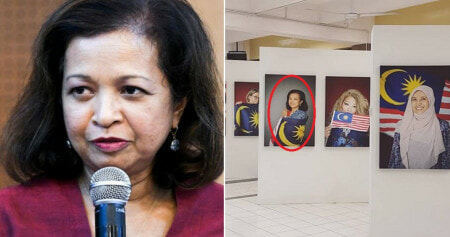