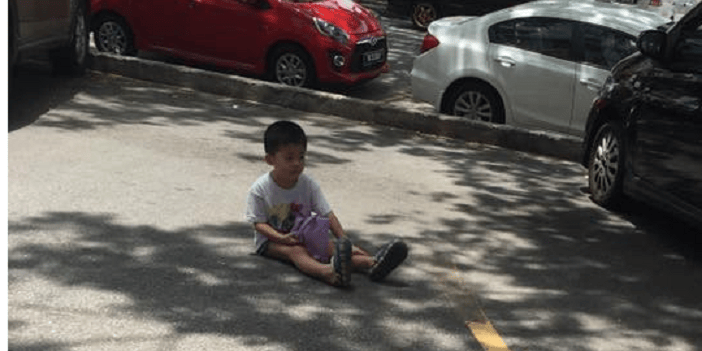 In this day and age where education is easily accessible, it is a wonder why there is still an unfathomable amount of stupid people in the world.

An exasperated Wynn Tan shared a picture of a young boy which quickly went viral, prompting the outrage of netizens. The image depicted a kid sitting all alone on the tarmac road in the middle of a scorching day all alone.

All for the sake of a parking spot! 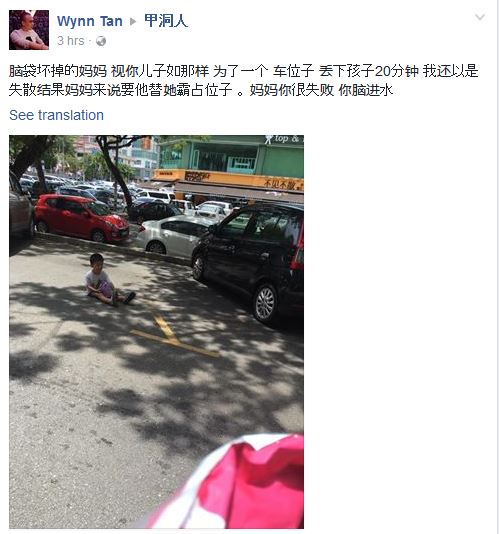 In the caption, Wynn explained that the mother had left her poor child there to reserve the space for over 20 minutes! Seriously woman?!

Wynn wrote, “To the mother’s whose brain is damaged: to see your son like that just to reserve a parking spot, you threw him alone for 20 minutes. At first I thought he lost his parents, who knew the mom said it was because she wanted him to reserve the parking spot for her.

You fail at being a mother. Your brain must’ve masuk air.” 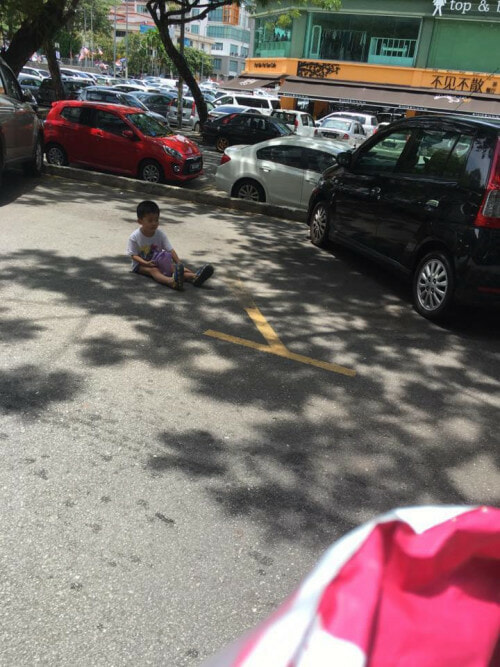 Within a couple of hours, the picture has garnered thousands of likes and shares. Besides, loads of comments of extreme displeasure poured in from enraged netizens. The picture indicates that the incident happened in MBE Kuchai Entrepreneurs Park.

The mother’s action was deemed ridiculous as she blatantly risked her own child’s safety.

One very agitated netizen questioned the quality of the mother.

“Such people exist, leave the child just to reserve a spot. Get air-conditioning in the car by herself, throw her own son burnt by the sun. Is this right!”

Another angry netizen lashed the mother with sarcasm.

“The mother is awesome! You won’t get old doing this? When your son grows up, he will learn your actions too, how will you feel then?”

Another one mentioned that the child could have been hit by a car!

“He’s so small and sitting there. What if someone thought it was an empty space and immediately went to park there? Worse, what if he gets kidnapped??”

Recently, there has been more and more outrageous stories of children being neglected or mistreated. Just like this one, where a little girl was harshly abused by her mother for not lying down on the bed. 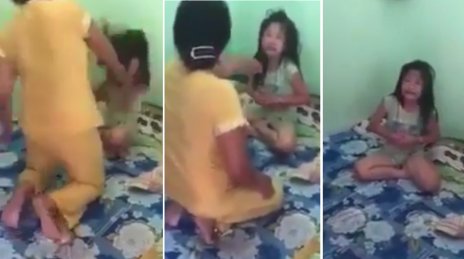