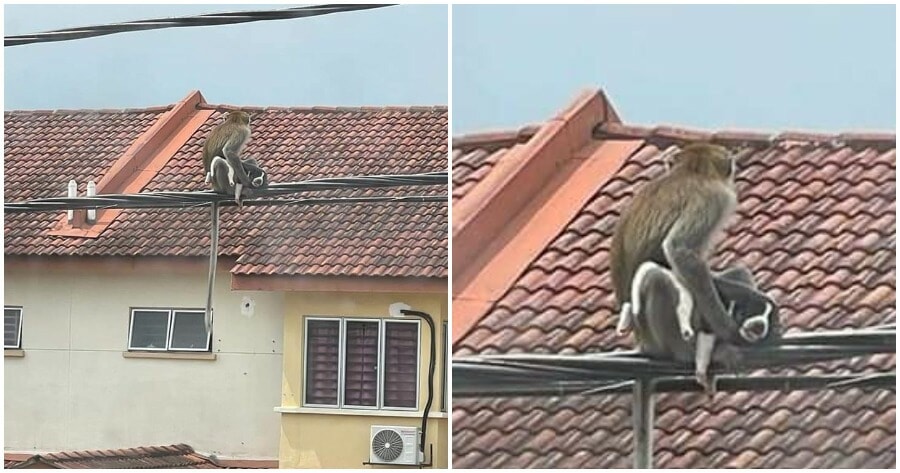 We know that monkeys are mischievous creatures and this may cause havoc as there are multiple housing estates/university campuses that are overflowing with them. 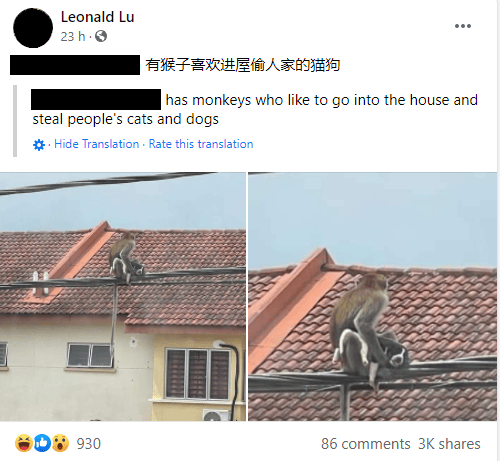 In a recent Facebook post that has gone viral, netizen Leonald Lu has shared his experience with monkeys in a residential area in Selangor.

“[Residential area in Selangor] has monkeys who like to go into people’s house to steal their cats and dogs.”

Attached with the post is a picture of a monkey on the outdoor utility wires while holding onto what seems to be a puppy. 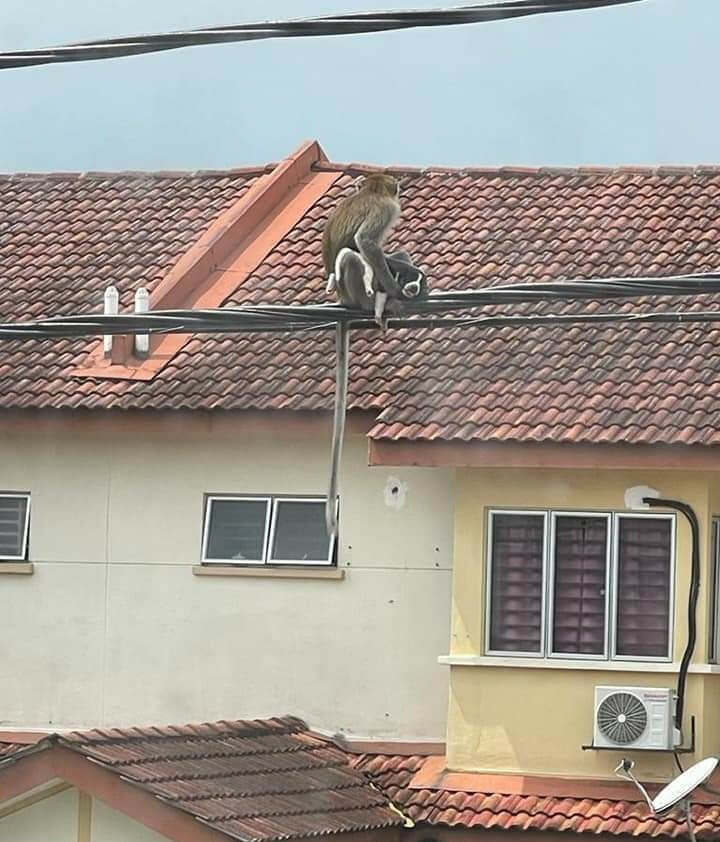 Speaking to WORLD OF BUZZ, Leonald said that he doesn’t know who’s dog that is but it should belong to someone in the neighbourhood as people often complain about missing pets.

Leonald has also shared that the monkeys never broke into his house before but he has spotted them hanging around the car porch of other houses. With that rationale, he thinks that the monkeys are behind the missing pet cases.

According to Wildlife SOS, it is not a wise decision to feed monkeys as habituated feeding will lead them out of their natural habitat and will affect the health of the forest. Other than that, there are also instances where monkeys attack humans when they refused to give them food. So, it is best to not give any food to monkeys.

Also read: Alcoholic Monkey In India Gets Sentenced To Life In ‘Zoo Prison’ After Attacking 250 People 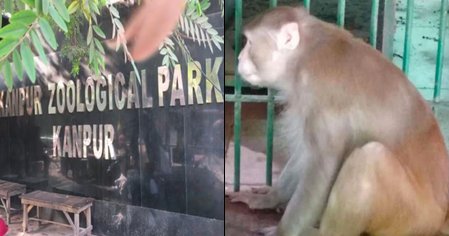