Yoga classes are heaven for some, and a misery for those who aren’t so flexible. To qualify as a yoga instructor is no easy feat, but this young boy is so good at the sport, that he’s a qualified teacher!

Meet the world’s youngest yoga instructor – seven-year-old Sun Chuyang, or Mike from China’s Zhejiang province. While most of us were probably binge watching Spongebob Squarepants at that age, Mike has earned more than 100,0000 yuan (approx RM62,330) by teaching yoga, Asia One reported. Shame on us, guys!

Mike, who hails from Wenling in Taizhou city, started learning the art of yoga at the incredibly young age of three. His hard work paid off as he was certified as a yoga instructor last year. 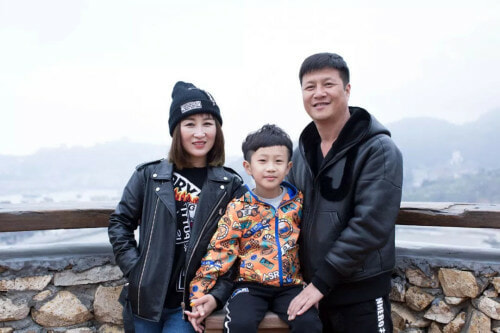 His path to yoga started when he followed his mother to a yoga class one day, which sparked his interest in the practice.

His mother, Ye Wenyun, brought her then three-year-old along to her yoga class as she did not want to leave him alone at home. To her surprise, he appeared to be attentive in the class, and even demonstrated to her the yoga postures taught in class back home!

However, the real reason behind Mike practicing yoga is that it helps with his autism. According to Sohu, he was placed into a daycare centre at the age of two, and under the care of a nanny at the age of three as his working parents were unable to care for him.

He did not participate in any outdoor activities, which meant he did not interact much with other children his age. 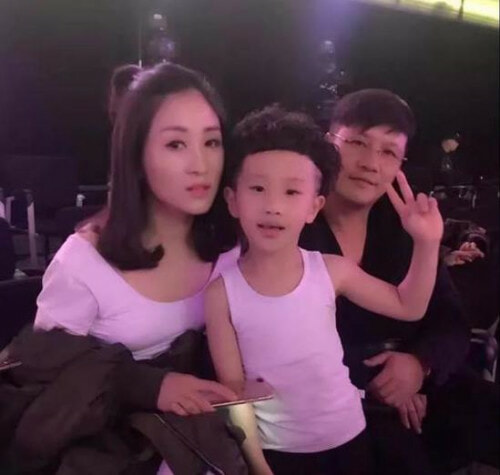 His mother was aware of his slight autism when his kindergarten teachers notified her that Mike mostly kept to himself at the centre. Besides that, a doctor she met a a dinner party alerted her of the symptoms her son was showing, which confirmed his disorder.

In light of Mike’s condition, Ye decided to close down her apparel store to become a full-time housewife, dedicating her time to her son. She did not want to neglect him due to her work this time. 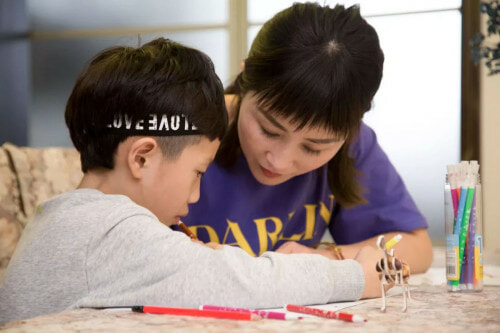 Ever since Mike’s newfound interest in yoga, the mother-son duo signed up for a parent-child yoga program. Mike was able to finish the hour-long class smoothly, and recalled the entire lesson and poses that were taught. To his mother’s amazement, Mike was found to be gifted with flexibility and soft bones, which made it easier for him to grasp the poses. 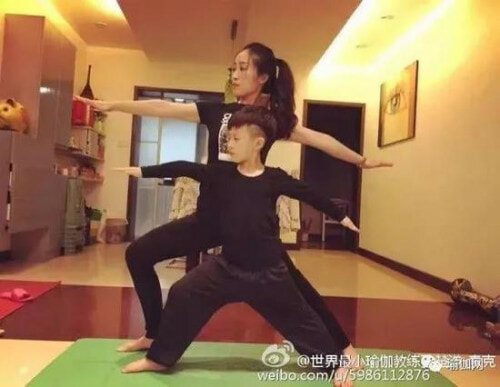 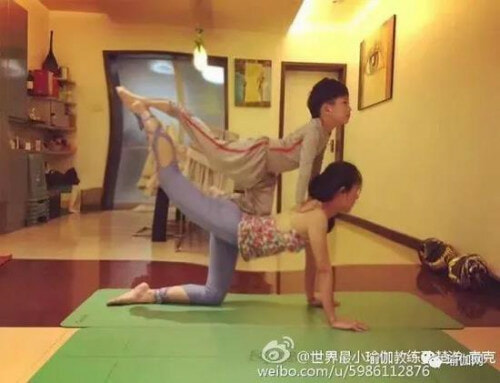 By attending yoga classes with her, Mike slowly grew closer to his mother. He became more thoughtful and sensible, and would cheer on his mother when she was unable to carry out some poses properly. Aww! His yoga teacher revealed that Mike was very shy and quiet when he first attended classes.

“Now, our relationship is good, and the yoga teachers in the centre adore him very much, treating him as their own child,” she said.

He also landed himself a role as a teaching assistant at the yoga centre’s parent-child teaching programme during the summer holidays!

Mike got his his title of a yoga instructor through the encouragement of his yoga teacher, who said,

“There was a place to get a yoga instructor certificate in Guangzhou. I was worried whether he would be able to make the cut, but to our surprise, he made it through!” 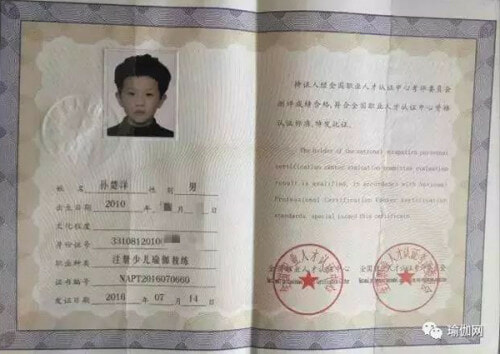 Up until now, there are around 100 students that have attended Mike’s yoga classes, and they are mostly children aged between seven and eight! Cool! At times, children teaching each other is more effective than adult guidance. Parents were initially curious about the young yoga instructor conducting the children’s class, and soon grew fond of him.

How would he treat his peers in class if they got too rowdy? Well, Mike said,

“Once I start counting from one to three, they will reply me with the phrase ‘quiet down’. After that, they would settle down and be ready for class again.” 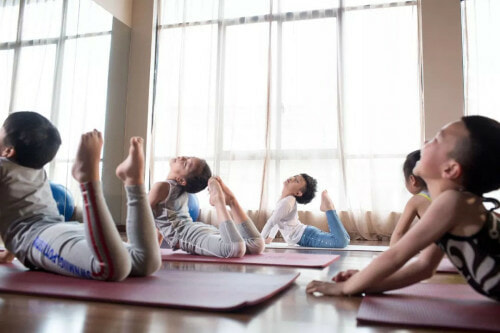 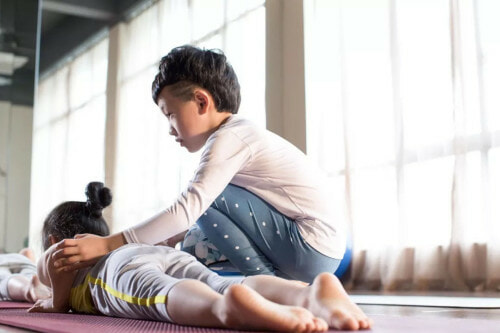 He even came up with his own modified set of basic poses, called ‘animal yoga’. The poses are inspired by animals such as eagles, tigers, elephant, mantis and bats, just to name a few. While carrying out the poses, the children make the sounds of the animals of the animals too! How cute!

Mike has appeared on seven to eight television programs too, where he teaches the hosts of the programs yoga poses on the spot. “There are many poses which the hosts are unable to do, and they are not up to standard as me,” he said cheekily. 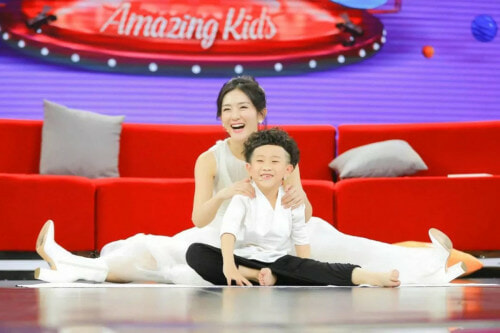 “Yoga is my favourite sport as it allows myself to calm down. I hope to practice to be better, so despite the hardships along the way I will still persist until one day, when I can be a real yoga master.”

Check out some of the amazing yoga poses this young boy can do! 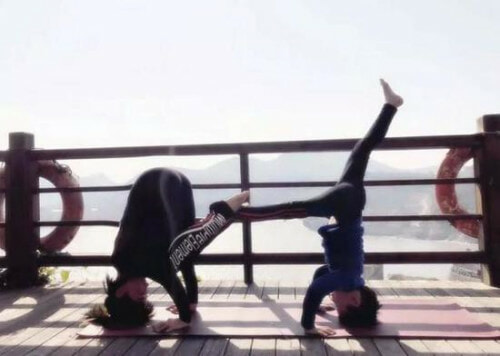 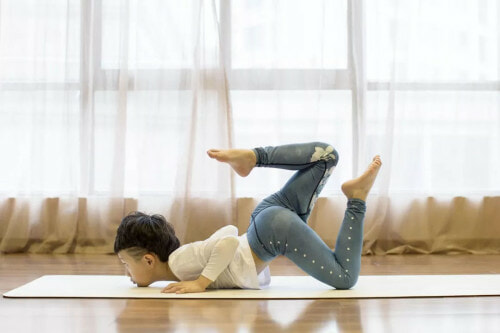 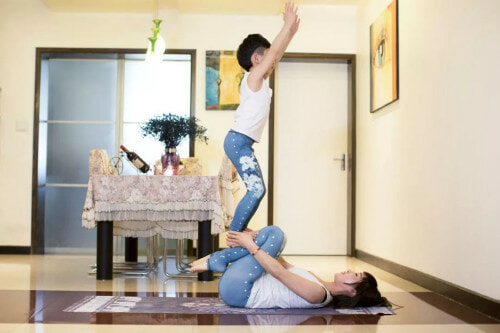 Also read: ‘Rage Yoga’ Class, Where You Can Drink Beer and Scream to Find Inner Peace 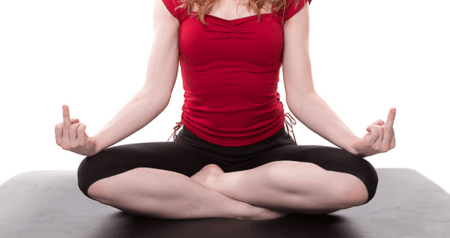