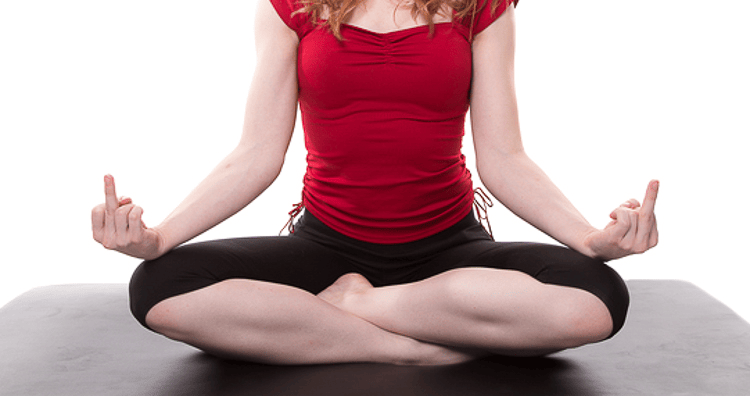 Listay Istace, 24, is the woman that’s bringing out the darker side of yoga by allowing participants to swear, scream, listen to heavy metal and drink beer during their vinyasa class. Oh, and classes include free beer as well.

Her website describes rage yoga as “a practice involving stretching, positional exercises and bad humor, with the goal of attaining good health and to become zen as f*ck. More than just a practice, Rage Yoga is an attitude.”

Istace discovered yoga after weathering through a messy breakup. She told CBC News that she found other yoga classes to be a “very deadpan, serious, overly serene approach to things.” According to Istace, yelling and cursing during yoga is a lot more cathartic experience than what a traditional class offers.  The pioneering yoga teacher explained to Self:

“My hurt feelings really began to come out on the mat and suddenly I found myself screaming and swearing a lot during my practice time. At first it seemed crazy but I found that combining the emotional release with my routines really helped!”

One of her students, Colleen Trumble, told CBC news:

“I find the atmosphere of the class is a lot more easygoing. If you fall over or wobble, you can just sort of laugh through it. You don’t really feel like you’re disturbing some sort of ‘tranquility’ of the class.”

It feels good doesn’t it Loki?

Istace says she certainly did not expect the enormous amount of people who would be supportive of her idea. People have been constantly messaging and encouraging her from all over the world, and that’s when she knew she wasn’t alone.

When it comes to yoga, you’ve gotta do what makes you feel peaceful—and sometimes that might involve a little rage.

Someone ought to start a class in Malaysia because I swear some people could use it.