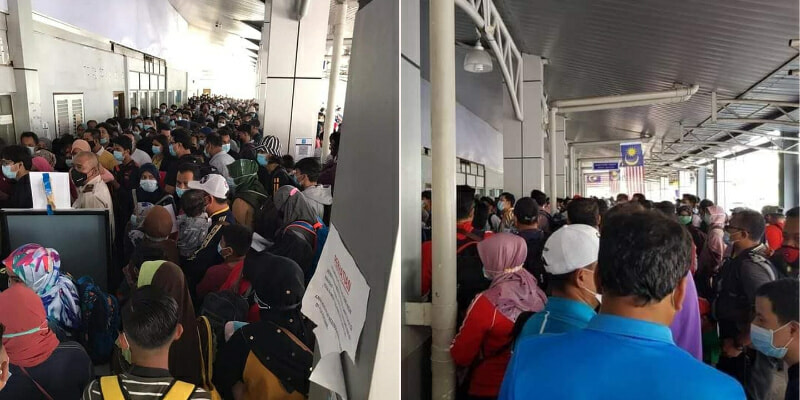 The Malaysian authorities have been saying time and time again that we need to follow the Covid-19 standard operating procedures (SOPs) in order to curb the virus.

But that doesn’t mean that we can pick and choose which SOPs to follow, after all, the authorities are not setting these rules for fun.

The Info Roadblock JPJ/POLIS took to their Facebook page to showcase a massive crowd at the Kuala Perlis Ferry Terminal after a few ferry trips heading towards Langkawi were delayed, and honestly, it’s more than worrying.

They wrote, “The atmosphere at the Kuala Perlis Ferry Terminal today (20 August), was crowded with visitors violating the SOPs of the Recovery Movement Control Order (RMCO) because some ferries to Langkawi, Kedah, were delayed for several hours. At about 9:45am, hundreds of visitors gathered outside the terminal as the number of visitors in the waiting room had reached maximum capacity.”

As you can see in the images, everyone can be seen wearing their face masks, but that won’t do anything for them if they’re standing THAT CLOSE to everyone else. 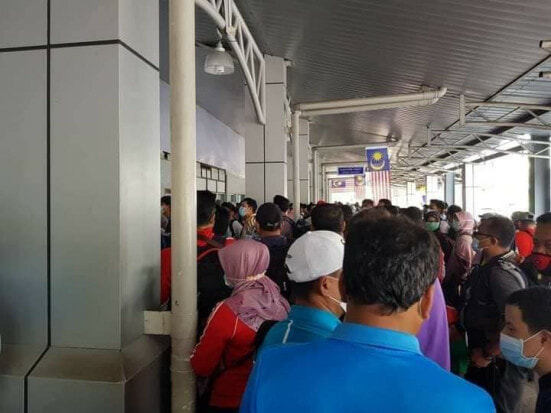 “The situation started to be congested between 9:45am to 10:45am as the ferries in the morning from Kangar Perlis to Langkawi Island were delayed due to shallow water. For that reason, visitors started filling the terminal as well as the capacity of seats in the waiting room is limited, so many people were queuing outside,” he said. 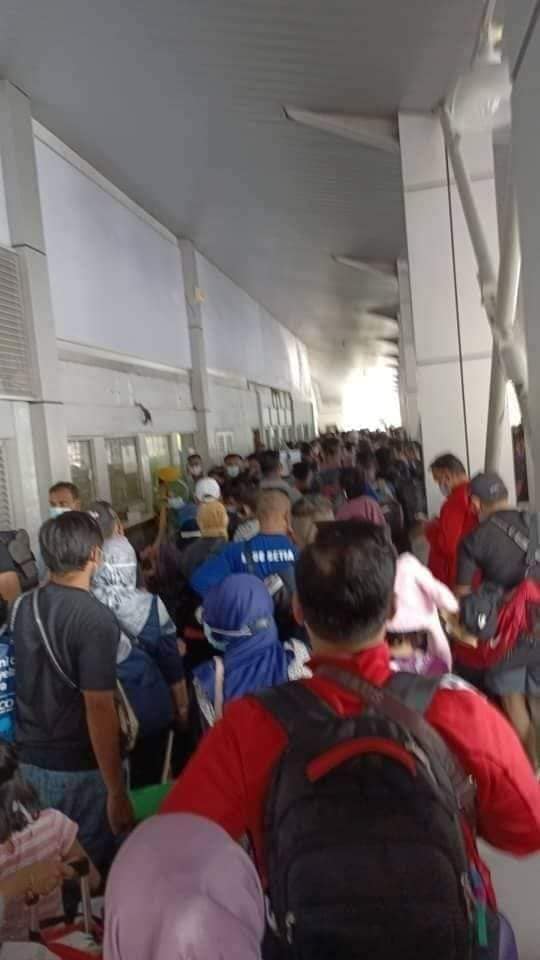 He shared that the situation started to get under control at about 2:30pm after water levels started to rise again and with the help of the officers who were sent to the scene. He also added that he believes the situation could have stemmed from the fact that it was a public holiday and many people had plans.

But plans or not, why do we need supervision and enforcement from the authorities to adhere to simple physical distancing rules? 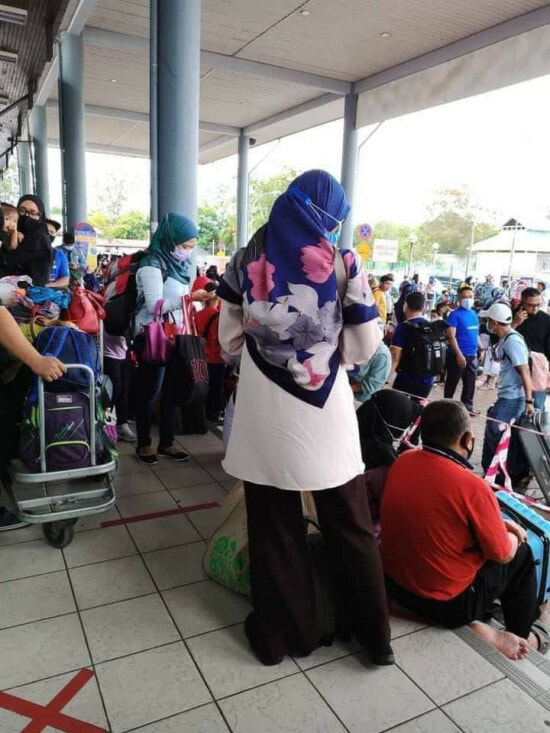 “There have been ferry delays before, but I did not expect the situation to be so crowded with so many visitors. In addition to the current pandemic, there is also the concern of the creation of a new cluster,” said a 29-year-old visitor who waited an hour to board his ferry back to his hometown in Langkawi.

And honestly, it won’t be surprising if a new cluster does emerge from this. I mean, just look at the number of people smushed together in that space. 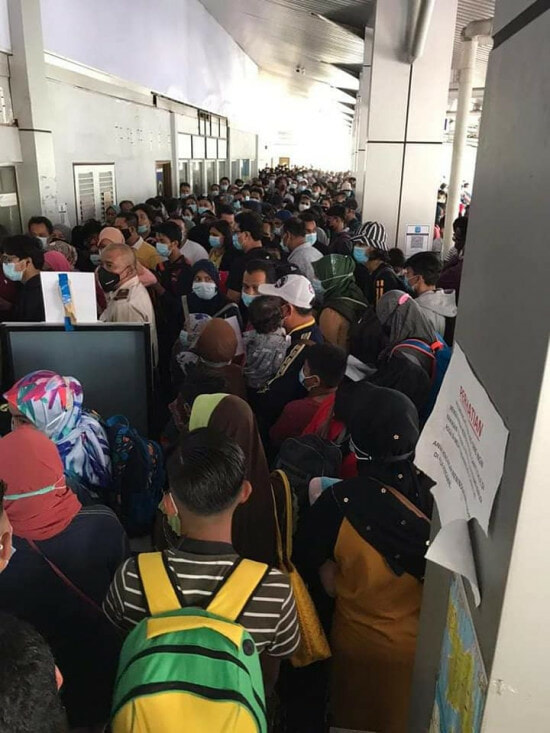 At the end of the day and despite all that we may believe, we have the power to control whether we contract the Covid-19 virus or not based on how much initiative we take to adhere to the SOPs set in place.

Just wearing a face mask will not help you. Physical distancing matters too.

If you see the terminal THIS CROWDED, would you really still go in or wait elsewhere until the situation is under control? After all, is your trip to Langkawi really that worth it if it means you might bring the virus along with you?

We genuinely hope that no new clusters come out of this.