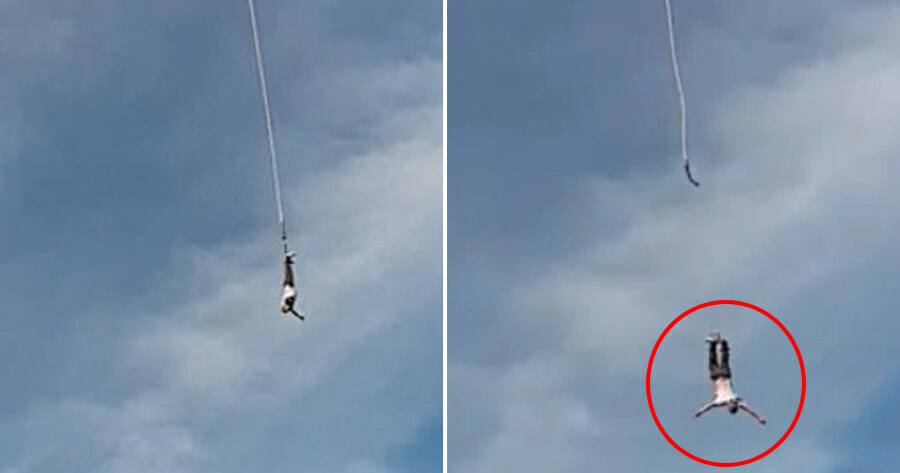 If you’ve always wanted to go bungee jumping, you might want to think twice.

A 39-year-old man was attempting a stunt that involved jumping off a crane while being attached to a bungee cord at a park in Gdynia, Poland, according to The Sun.

The whole episode was captured on a video where the man is first seen being taken up in a crane basket and situated on a platform 100 metres in the air. After reaching the platform hoisted up by the crane, he psychs himself up before jumping off.

At first, the man falls through the air like how any ordinary bungee jumper would and everything seems to be going well. 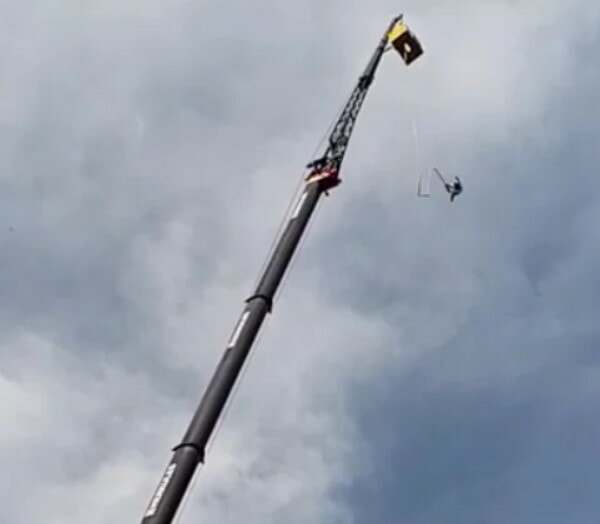 However, as he reaches the point where the bungee cord begins pulling, the part of the rope attached to the straps on his ankles snaps off, which sends the man free-falling through the air at full speed.

Thankfully, the man lands on a large air cushion where his jump was aimed at, but then bounces off. 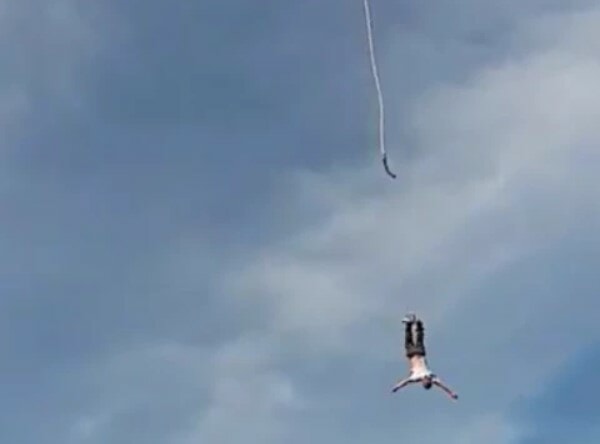 Paramedics and bystanders rushed to help him and immediately took him to the hospital where he was discovered to have sustained a snapped vertebrae and other injuries to multiple internal organs. However, although his spine had broken, his spinal cord was still intact, thus enabling him to move.

Local police were at the scene, interviewing witnesses and employees of the company organising the event.

You can watch the video by clicking here!

Oh no! Thank God he didn’t die. It must’ve been a horrifying experience for him though. Would you still want to try bungee jumping after reading this story? Let us know in the comments below! 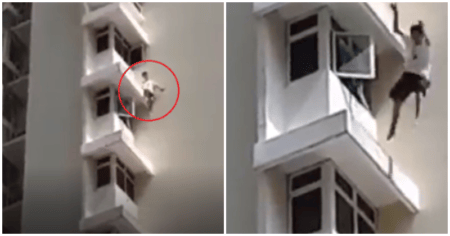