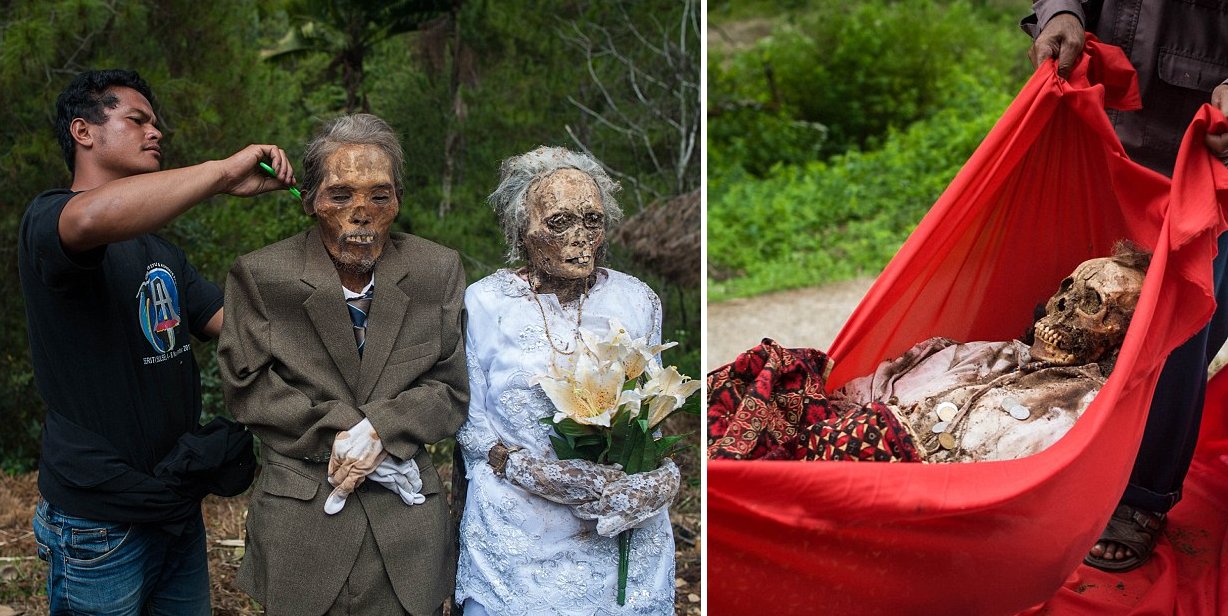 Disclaimer: Image in this content may be disturbing for some

Every culture has their own way of dealing with the dead. The most common one we know is by burial or cremation. However, an unusual method is practiced by a coven of indigenous Indonesian villagers, where they dig up their relatives every 3 years for a family picture, reports Daily Mail. 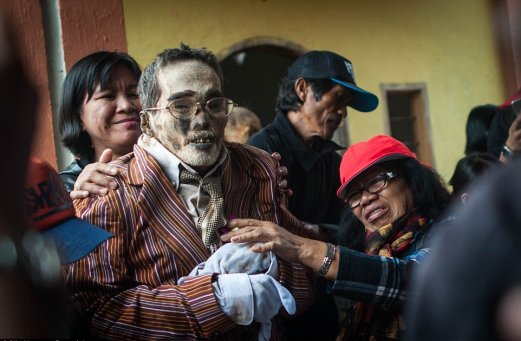 A tribe of the Sulawesi island known as the Torajan people strongly believes that death is but a small chapter in an ongoing spiritual life and the spirit of the deceased should always return to the land of its origin.

Hence, Torajans living in the high mountains of Sulawesi tend to basically stay put and not venture out fearing that should death meet them halfway, their spirits would be lost forever. 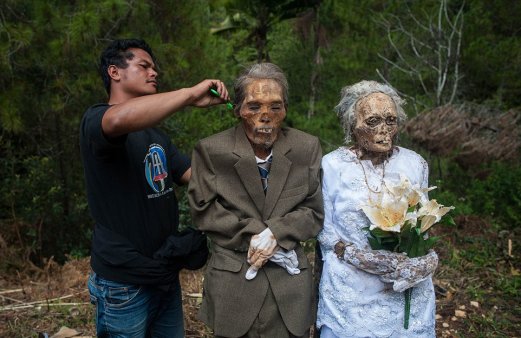 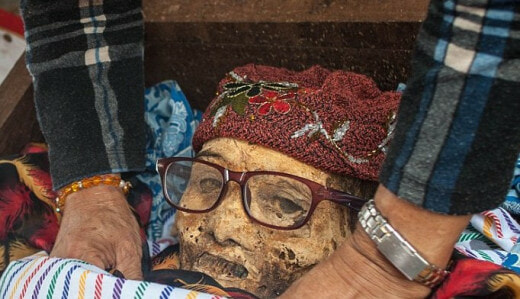 The Ma’nene festival which translates to ‘The Ceremony of Cleaning Corpses,’ is a practice where ancestors are dug up, washed up, dressed and made up in preparation for a family photo.

Most of us may not have heard of this tradition where they ‘dress-up corpses’, but the ancient ritual has been ongoing for over a century and is a notion of respect for their loved one.

As one can imagine, digging up the grave to extract these dead bodies aren’t an easy task as the foul smell alone is enough to make anyone gag. Notice the boys covering their mouths and noses. 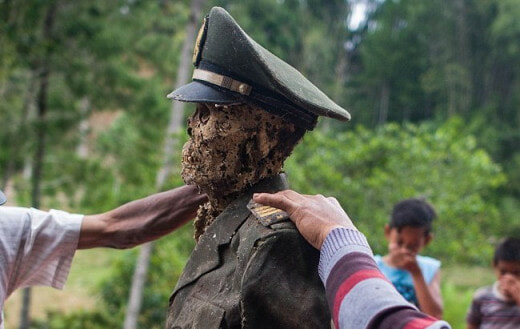 And while most people will splurge life savings on weddings, the Torajans splurge on funerals. In the lives of these indigenous people, death, and the funeral is THE event of utmost importance.

It is not uncommon for a funeral to be celebrated over weeks, and in some cases, years after the deceased has passed. Gargantuan efforts are also made to preserve the body from its natural course of decay.

The dead body will be wrapped in layers and layers of fabric to retain its original form. Every 3 years when the bodies are exhumed for the family portrait, the coffins are replaced or repaired to prevent spoilage of the corpse. 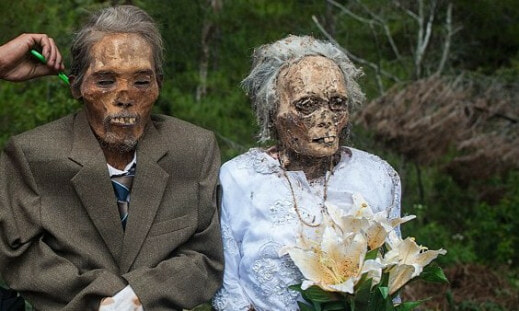 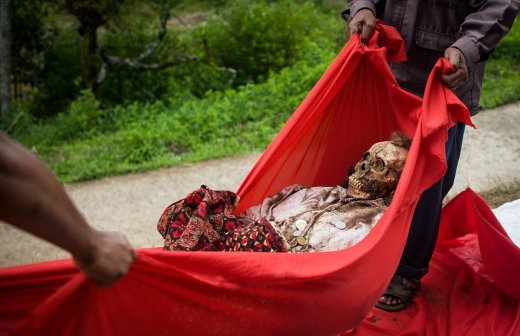 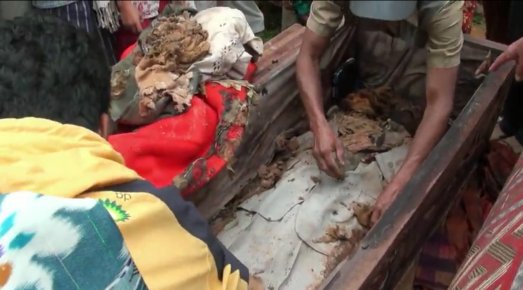 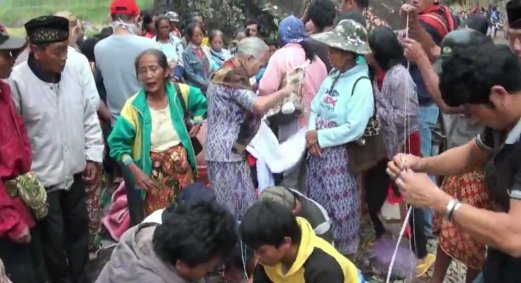 The high mountains of Sulawesi in Indonesia is an area so remote that its inhabitants lived completely autonomous void of any outside influence until the 1970’s. The Torajan people mostly keep to themselves and even believes in marriage within the family (only beyond the fourth cousin).