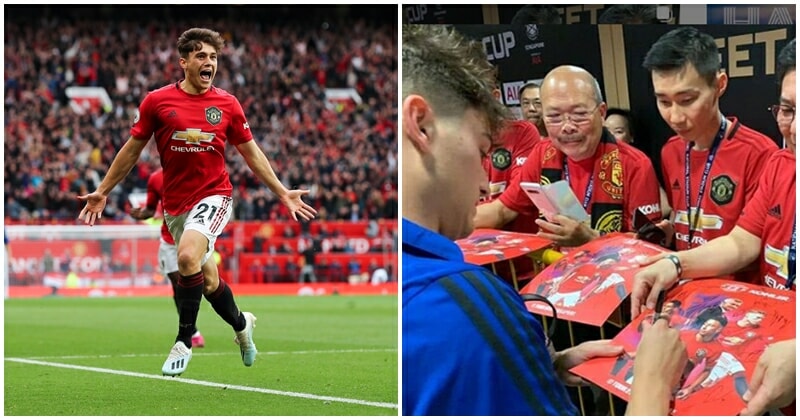 It is no secret that Malaysian badminton legend Lee Chong Wei is famous worldwide.

So it is no surprise that despite his recent retirement from the game, he is still adored by his fans especially among international athletes — one, in particular, being rising Manchester United star, Daniel James!

Scoring brownie points with local Manchester United fans, he revealed his admiration for Lee Chong Wei in an interview with Stadium Astro hosted by Adam Carruthers.

Here is his interview.

Sharing how much he adores Lee Chong Wei, James said that he missed the opportunity to meet him in Singapore while signing an autograph for the great man himself.

“I signed something for him. When I was signing there’s a big long line. I didn’t look up too much and did not realise it was him. I would’ve recognised him if I’ve seen him.”

Huge honour to hear how @daniel_james97 spoke of our acquaintance in his interview with Adam Carruthers. This is the photo showing me star struck waiting for his signature. It’s amazing how sports can bring people together. We shared conversation ever since and we are exchanging jerseys! Go for the Ballon D‘ Or my friend! Also, wish you the best against the magpies this Sunday! St James Park is not an easy place to go, they have arguably 2nd best fans in England, after Man United of course! Man United go! 运动架起友谊拉近距离🏸⚽ 我们还说好要交换球衣呢😎

Imagine that, your idol asking for your autograph.

The scene which took place when Manchester United beat Inter Milan at the Singapore National Stadium for the 2019 International Champions Cup, came to James’ notice when Lee Chong Wei uploaded a picture of him at the event on Instagram.

“He sent me a picture on social media, and I said ‘I didn’t realise, if not I would have said hello’.”

He also notes that he has been texting Lee Chong Wei since. 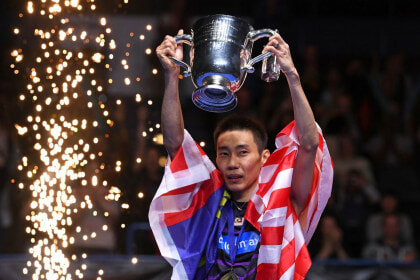 Even Lee Chong Wei himself spoke of the interview on his Instagram. He said, “This is the photo showing me star-struck waiting for his signature. It’s amazing how sports can bring people together. We’ve been conversing ever since, and we are exchanging jerseys!”

James, later on, shared that he was previously active in badminton before football took over and how much he loved the Lee Chong Wei – Lin Dan rivalry.

It is always refreshing to see two professionals of their respective games talk about their admiration for one another! 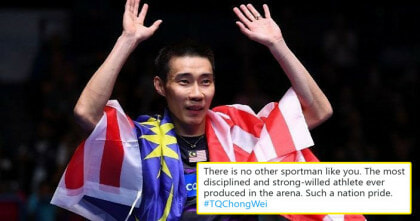