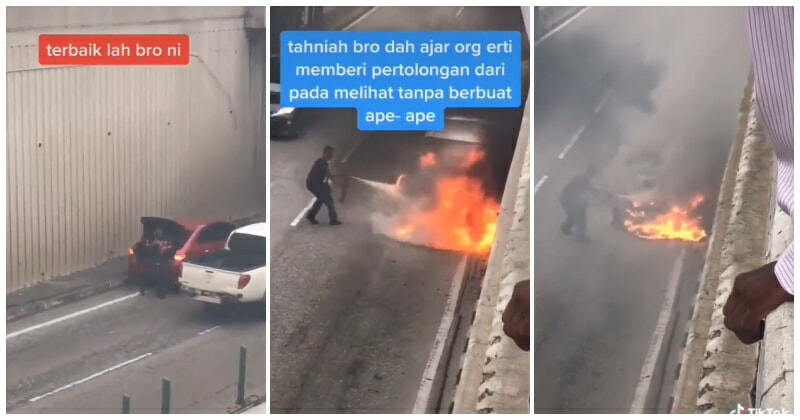 Trying to help put out a vehicle on fire, one samaritan took things into his own hands and attempted to help out.

Taking place on a busy freeway, the man who took out his fire extinguisher from his vehicle, made his way across the road to put out a vehicle fire across the road.

Despite failing to put the fire out, netizens still applauded his efforts, stating that what he did was better than simply standing around doing nothing.

Here is a video of the samaritan in action.

According to the comments in the thread, the man identified as ‘Azhar Bomba’ was indeed a fireman (the name sort of gave that away).

Believing that it was his duty to help, plaudits should be given for his attempt to help out. 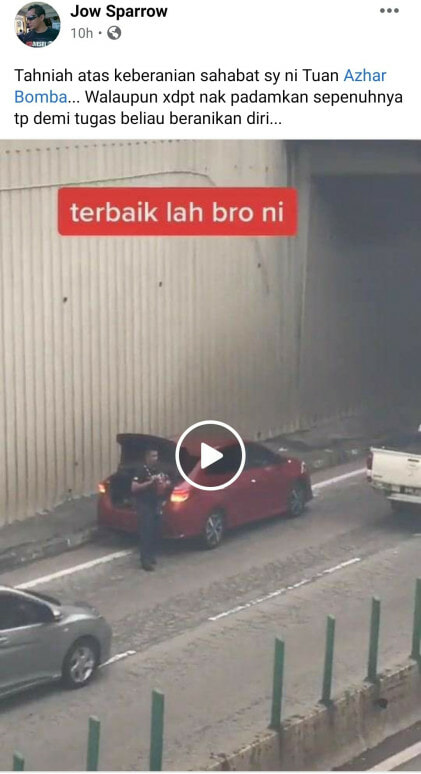 When it comes to fires, we urge members of the public to either take a basic fire safety course or help your local fire and rescue departments out by reporting incidences like this for them to handle it.

Also read: Klang Man Sets House On Fire Out Of Anger Towards Brother-In-Law Who Wanted to Divorce His Sister 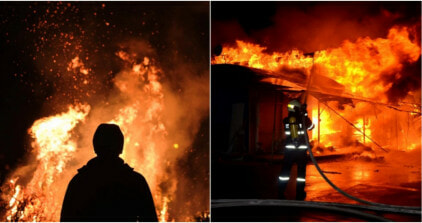