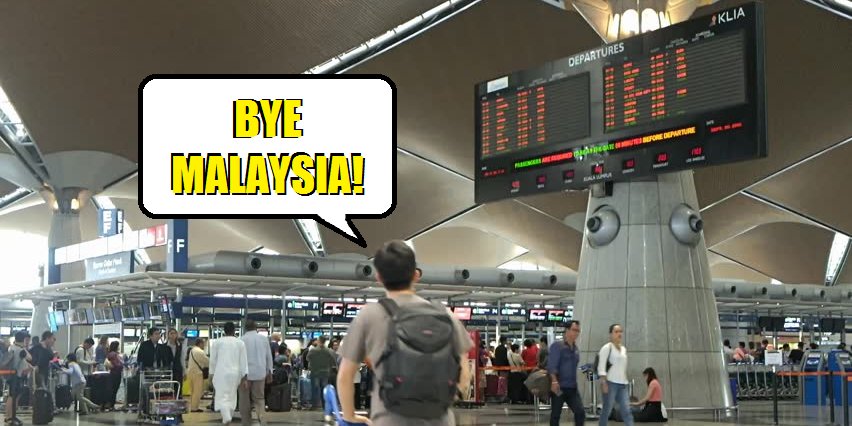 In a post on Quora, German expat Andreas West who lived in Malaysia for almost 5 years (till 2014) shares his experience of the country and why he moved to Singapore afterwards. On the contrary, he loved Malaysia, but there was a few things that he felt needed to be addressed.

“After living in Malaysia for almost 5 years, still at a different level as a Mat’ Salleh, I noticed a lot of rise of crime, had my own experiences with it and my experience of reporting it to the police and then never heard anything on it despite video evidence, license plate and description of culprit.

Malaysia is a country with lots of opportunities but some massive problems that aren’t addressed at all. Other than most Malaysians (a term which doesn’t even properly exist as the country still divides anyone on any form into races!) I did have the chance to move to another country, in my case Singapore.

But I was a journeyman to begin with, came to Malaysia for the beauty of the country and the open way most embrace foreigners (with the exception off Taxi driver and government personnel). My assessment for the next 5 years was negative and here’s why:

– cost of living increased by 57% over the last 3 years as subsidies are cut, this is for KL though (other areas and Kampung might not experience it that much)

– crime rate has gone up tremendously (70% in the last 3 years according to this link which places Kuala Lumpur on the 6th place of most dangerous cities in the world: 10 Dangerous Cities In The World). Where crime happened outside of KL in the past, in one year 13 of my close friends and colleagues got robbed, their cars got stolen from their own ground, breaking into their house and a personal attack that left one with severe bleeding head injuries as the thief couldn’t immediately snatch her handbag. All happened in the middle of KL, during daytime!
– unstable political situation. With so many uprising against oppressing “democracies” and Arab Springs it’s only a matter of time IMO until the people of Malaysia, the  Rakyat, especially the young and informed one’s, will go out on the street and demand a real democracy, not the current construction of gerrymandering, corruption, using policy and armed forces brutality to disperse peacefully demonstrators. Malaysia’s youth will eventually bring this government down and install a democracy, one where race is no longer the determinant factor but all people are Malaysians and are proud of their country, not only their race.

– unstable situation on continuing religious fights stimulated by a few radical people from all sorts of religions. Not blaming any religion here. This continues to put a big hurdle up for all Malaysians to be united despite race and their religion. It blocks economic growth, equal rights and equality as long as some have better rights than other (like the Bumiputera).

– corruption is all over the place and isn’t addressed at all. I’ve attended a workshop with the Chief of the anti-corruption initiative which is one of the main agenda points of the PM. It’s a complete joke and hiring one US expert doesn’t make it go right. It’s happening every day everywhere in Malaysia for small amount (Kopi money) or up to large sums for business and government deals. Not saying other countries like my home country Germany are free of corruption (there is currently just a big case undergoing in my home town) but at least corruption is being prosecuted by the government with all full force. Especially the so called white collar crime. In Malaysia it’s common practice, I was asked by corrupt police men to give them money for dropping speed tickets eg. Did I feel safe enough to report that police men? Hell no, especially after experiencing what happens with police reports

– economic growth outlook. See where Singapore has come to and where Malaysia is. Both started as one country, now tiny Singapore has a higher GDP than Malaysia with no natural resource at all and confined to a tiny island that I can cycle around in 6h! Look what happened to Malaysian Airlines and Singapore Airlines, once those were one company. Can give many more examples. Efficiency on one place (Singapore) and corruption crippling growth on the other hand (Malaysia). Sure Malaysia’s economy is still growing but where does all that growth ends up? In the hands of a few super rich people, not with the Rakyat who have less and less money in their pockets every single month!

All in all I’ve made my decision to startup my own business in Singapore, for all of the above reasons not in Malaysia. It’s such a pity as it was one country before but I didn’t regret my decision a single second.

Nor did I regret moving over to Singapore, where I can walk outside at night in all places and never ever I have experienced a situation where I feel in danger. People leave their belongings on the table when they go to the toilet or order a coffee at Starbucks in a busy mall. Nothing happens to it when they return. Doors to houses are usually wide open to let the air flow in, not locked by bars.

I just hope that one day Malaysians will stand up and bring their country to where it should be. It has so much potential. I pity all my Malaysian friends for not having the chance to easily move to another country like I can do.”

Also read: This Man Tells You Why Chinese and Indians Do Not Deserve to Stay in Malaysia Anymore 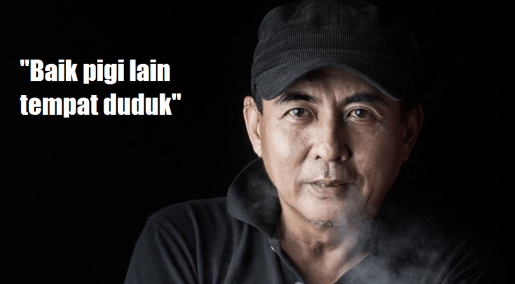