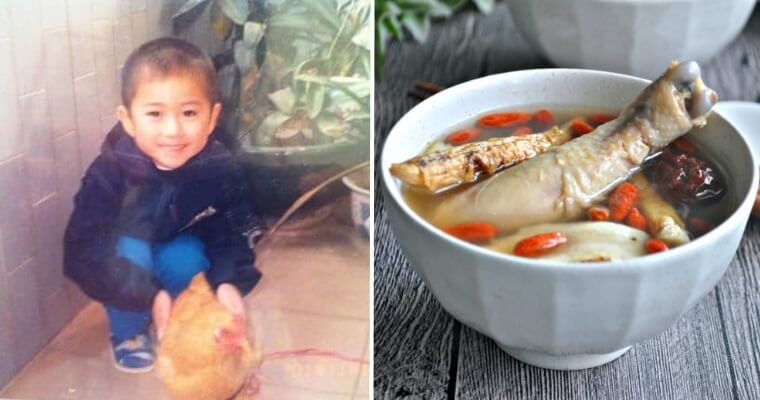 How many of you had pets when you were younger that suddenly went “missing”? If you had, you would probably relate well to this story here! 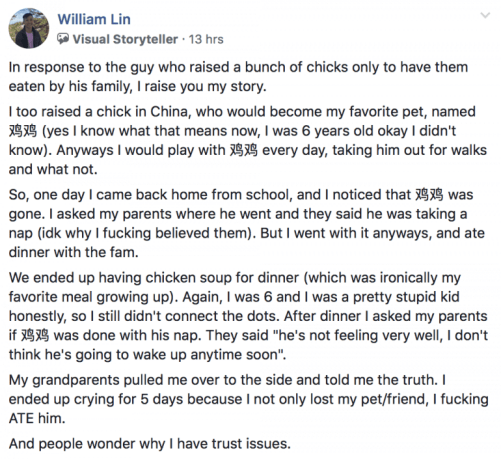 His six-year-old self and the pet chicken were inseparable, going for walks and playing together.

“I too raised a chick in China, who would become my favourite pet, named 鸡鸡 (yes I know what that means now, I was six years old okay I didn’t know). Anyways I would play with 鸡鸡 every day, taking him out for walks and whatnot,” he shared. 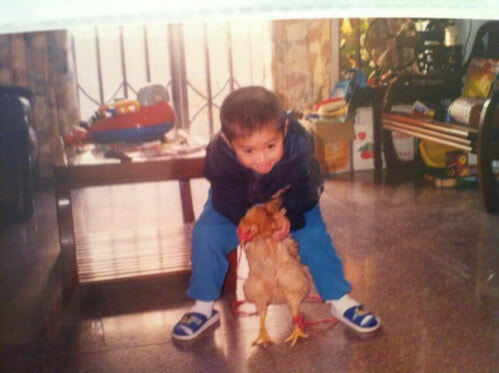 Sadly, it would seem their days together were numbered and the unfortunately-named chicken soon disappeared but William was still blissfully unaware. William wrote, “So, one day I came back home from school, and I noticed that 鸡鸡 was gone. I asked my parents where he went and they said he was taking a nap (I don’t know why I f**king believed them). But I went with it anyway, and ate dinner with the family.”

“We ended up having chicken soup for dinner (which was ironically my favourite meal growing up). Again, I was six and I was a pretty stupid kid honestly, so I still didn’t connect the dots. After dinner, I asked my parents if 鸡鸡 was done with his nap. They said ‘he’s not feeling very well, I don’t think he’s going to wake up anytime soon.’”

After dinner, his parents hinted to him to not get his hopes up about the chicken as well. 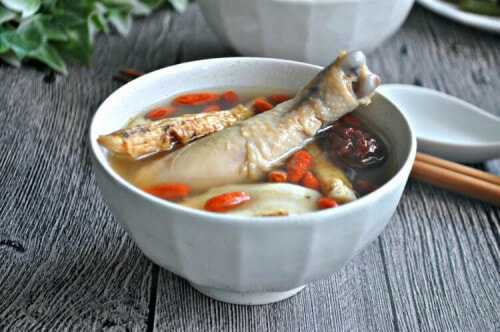 While William’s parents may have decided to give it a while before revealing the truth, his grandparents had no issue getting real with him.

He recounts, “My grandparents pulled me over to the side and told me the truth. I ended up crying for five days because I had not only lost my pet/friend, I f**king ATE him. And people wonder why I have trust issues.” 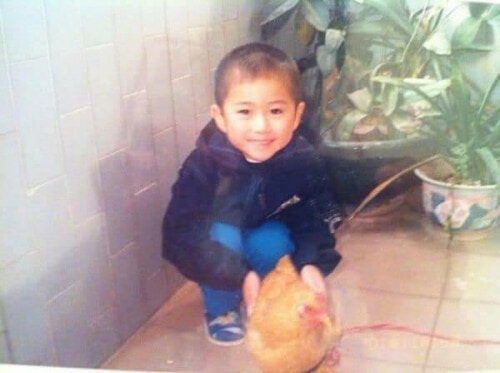 While William’s story is tragic, it seems that it’s far from uncommon as commenters chimed in with stories of their missing pets found at the bottom of their dinner bowls.

“I also had a pet goat growing up, then it ‘ran away from home’, and then my family had goat curry for dinner.”

“This happened with my pet turtle… when my mom didn’t want to take care of my turtle Bubbles anymore, she gave him to her best friend (also Asian). She said that her friend would give Bubbles a good home, but what ended up happening was that Bubbles got made into turtle soup.”

“Lol. I ate my pet duck when I was little though it’s pretty much the same story.”

We’d like to dedicate a moment of silence for all the “Jijis” in the world. Do you guys have any stories like this? Share them with us in the comments! 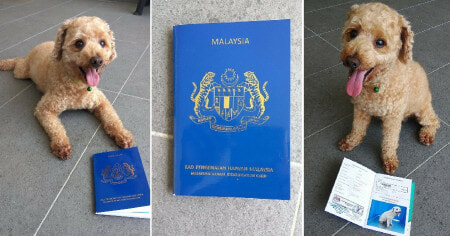