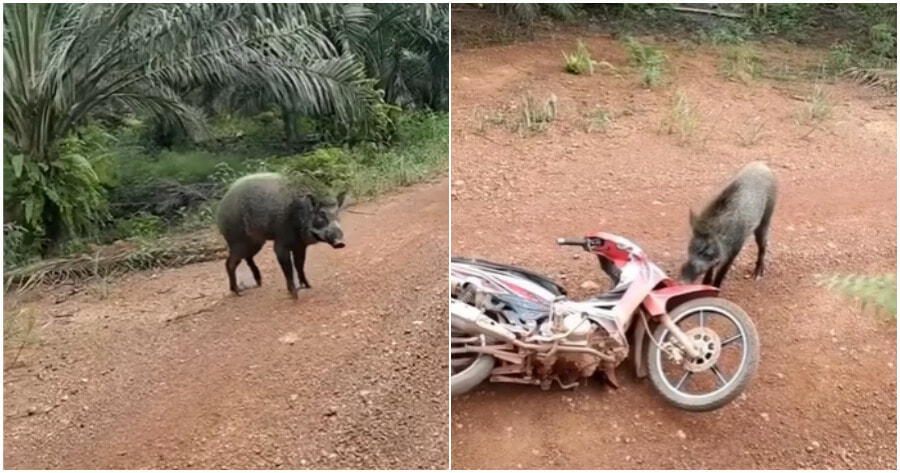 In an ideal world, everyone makes decisions that do not cause harm to themselves or others. However, this is a flawed world and people often do or say things against their better judgment.

Recently, a man who intentionally provoked a wild boar suffered the consequences of his poor decision when he got stuck on a palm oil plant.

In a video that has been circulating on social media sites, a man is riding a motorcycle on a dirt road in a palm oil plantation. 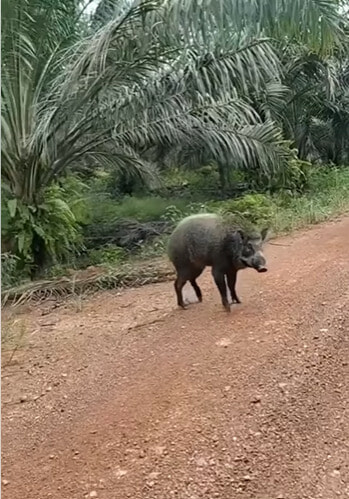 It was a straight road with rows of palm oil trees on both sides of it .

The video was taken by the man on the motorcycle and a wild boar can be seen up ahead.

It was simply minding its own business, trotting along the dirt path, when the man approached and closed in on it on his motorcycle.

After a while of tailing the wild boar, it stopped and turned around, causing the man to also stop. 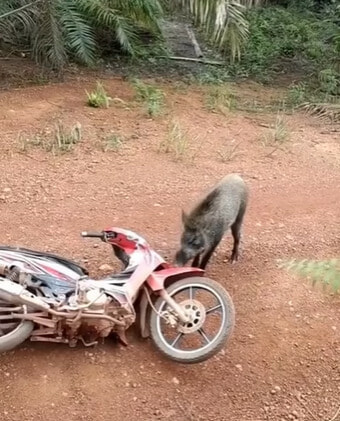 Before he knew it, the animal charged towards him. The video was suddenly cut and the next scene showed the man sitting on a palm oil tree as the wild boar sniffed at his motorcycle.

The man then cursed at the wild boar for getting him stuck on the tree, his motorcycle engine still rumbling in the background.

The man must have been thinking, “I don’t want peace. I want problems, always!” 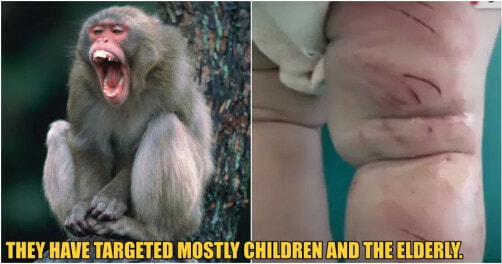