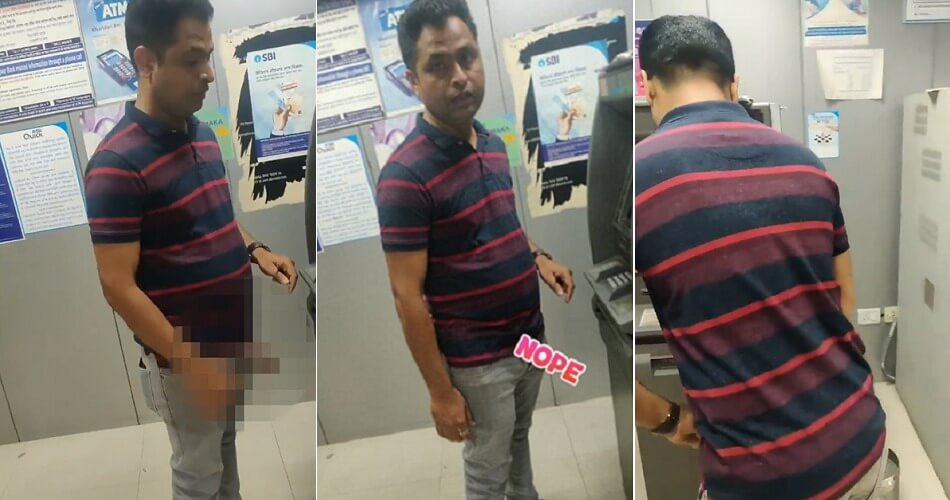 This birthday girl’s special day just got ruined after a horrid episode with an unknown man.

The Hindu reported that a 38-year-old man flashed a young lady inside an ATM booth in India. Sharing her horrific story on Instagram, Shibani wrote that she went into the ATM booth to withdraw some money to pay the rickshaw driver she had hired when the incident happened.

Whilst she was trying to withdraw money from the ATM, Sandeep Khumbharkar (the predator) walked into the booth asking if she needed help to pay the driver.

Shibani politely declined the man’s offer and exited the booth to reason with rickshaw driver since she was having some trouble withdrawing money from the ATM. Her IG post read,

“Once I exited the ATM (booth), I got into an argument with the rickshaw guy regarding how I’ll be paying him the fare. This is when a cop car pulled up and I explained my situation to them.”

After talking to the police, Shibani once again went into the ATM booth to try her luck at withdrawing some money. But, the poor girl didn’t anticipate what happened to her next!

Whilst Shibani was frantically trying to withdraw money to pay the rickshaw guy, the insolent man walked up to her and touched her inappropriately. She continued,

“He moved in closer and touched my shoulder and thigh; again asking if I needed help.”

Shocked by the man’s actions, Shibani mustered up the courage to yell at him to back off but the relentless predator wasn’t giving up just yet. Instead, he called out to her and asked her to look at his penis which he pulled out of his pants.

“He called out to me and blatantly asked me to look at his hard d*ck that he had pulled out of his denim’s zipper area,” she wrote.

The brave lady then took out her phone and started recording his disgusting act. Realising the trouble he was in, the filthy man freaked out and dashed off like a coward. You can watch the NSFW video below:

It's 3 am when I'm typing this. A man just flashed me his dick in a fucking ATM! I had gotten down to withdraw money to pay the Rick and was I was facing problems and this guy offered to pay for it but he kept touching me, inside the ATM! I decided to record him and he… pic.twitter.com/XDlX25iUub

Following that, Shibani then ran to cop car and showed them the video. The police immediately went after the man who fled on his scooter. Thankfully, the police were quick enough to catch the perpetrator as Shibani learnt the next morning that they remanded the flasher.

“He was crying and pleading but I knew I had to take action against him. So, accompanied by (my) dad, I filed an FIR against him. He (the predator) claimed to be drunk at the time which does not excuse his actions at all.” 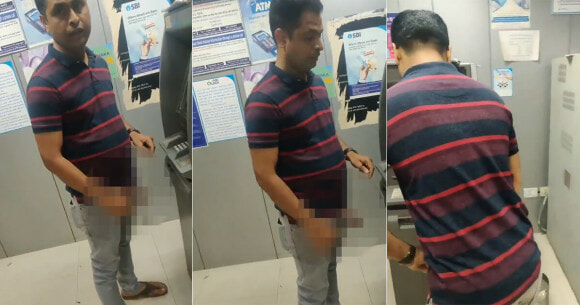 Sadly, Shibani further wrote she doesn’t feel safe in her neighbourhood anymore because the man has ruined it for her.

That said, this strong woman isn’t about to let this issue go without a proper fight because she said she will “make him pay” for what he has done – which is traumatising Shibani in her own neighbourhood.

Well, we sure do expect that justice will be served for Shibani and the man will be prosecuted accordingly for his disgusting act. Once again, we applaud Shibani for bravely exposing the sicko.