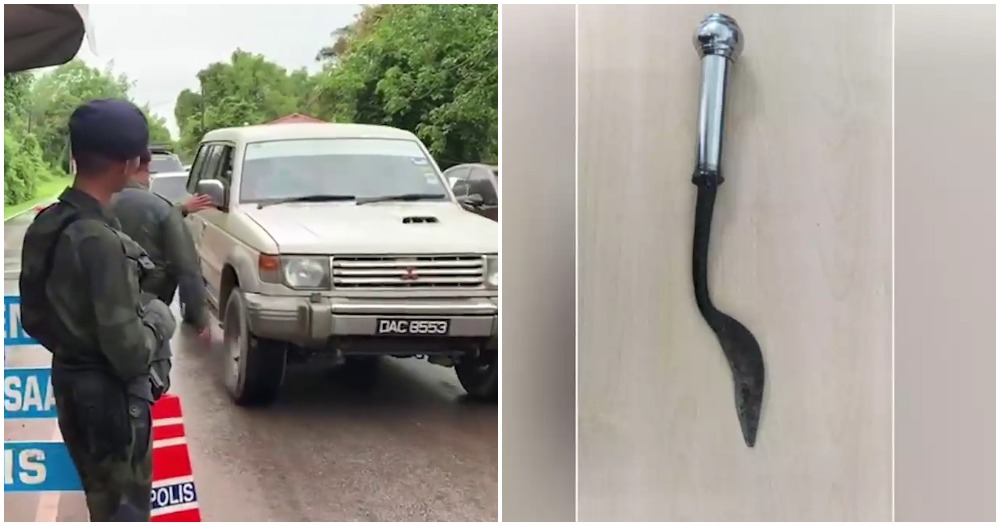 Ops Benteng Covid-19 is being conducted to strengthen the nations’ borders by not allowing any foreigners to enter the country illegally. This operation is handled by members of the Battalion 8 Pasukan Gerakan Am (PGA8).

In an accident that happened on Tuesday, 25 August, a man threatened to shoot the police while they were patrolling the illegal bases at Rantau Panjang, Kelantan.

“Bullets near Thailand cost only RM2.50 boss, I recognise all your faces, later I will shoot all the police who patrol.”

PGA8 Officer, Superintendent Muhammad Shamsuddin, told Harian Metro that the incident happened around 12.30 am when they found the man in a suspicious state. They tried to approach the suspect for an examination but he retaliated by threatening to stab the officers with a sickle he was holding. The officers tried to calm him down but the suspect immediately threw his sickle into a boat and jumped into Sungai Golok and believed to have swum towards the Thailand border.

“The nationality of the suspect is still unknown and his sickle has been sent to Pasir Mas District Police Headquarters (IPD),” Muhammad said.

Muhammad reassured the public that despite the threats, members of PGA8 are used to these kinds of cases and will not let this incident deter them from doing their jobs.

Kudos to the police for facing obstacles in their jobs bravely. What do you think of this incident? Let us know in the comments section!