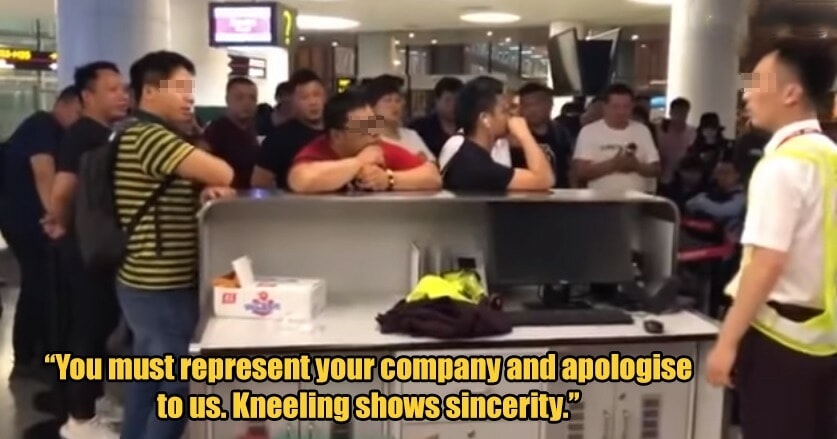 Frequent flyers know that a flight delay can be pretty common, especially if the weather is bad. Admittedly, we often get annoyed when such a situation occurs but we normally remain quiet because there’s really nothing we can do.

However, this man from China got a little too annoyed and went off about his flight being delayed at an airport employee who couldn’t do much.

According to Mothership, a passenger demanded that the airport staff kneel and apologise for flights that were delayed due to bad weather conditions.

In response to the passenger’s ridiculous demands, the airport staff member on duty said that he would fulfill his responsibilities as a staff member but he would not oblige to the man’s demands. The staff responded,

“I am a member of the staff. I do carry out my responsibilities. But there is no need for you to humiliate me.”

The passenger then defended his demands and said that kneeling isn’t humiliating as it shows sincerity. The passenger said,

“You must represent your company and apologise to us. Kneeling shows sincerity.”

Meanwhile, another passenger who was there during the altercation was heard saying: “What good would apologising do?”

Note: All quotes have been roughly translated from Mandarin, which was the language used in the video.

FYI, this incident happened at Zhengzhou Xinzheng International Airport in Henan, China on 25th May 2019 and a video of the argument was uploaded to Chinese social media platform, Weibo. You can watch the video of the incident here:

On that day, two West Air flights from Zhengzhou to Shenzhen were delayed due to bad weather conditions. The first flight was postponed for an hour and the second one was delayed four and a half hours.

What’s your take on the man’s outrageous demands? Do you think his reaction to the situation is appropriate? Let us know in the comments below. 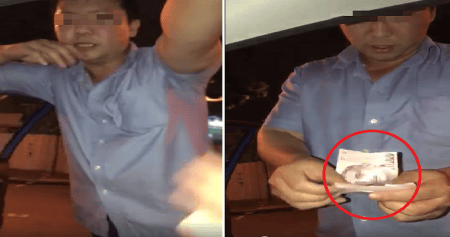