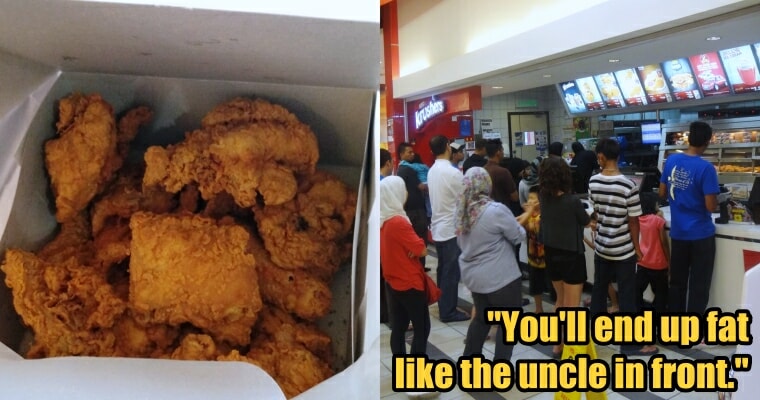 Frederico Hill, a man from Indonesia, shared on Facebook about his experience of being fat-shamed by a woman while he was queueing up to buy some good ol’ fried chicken. 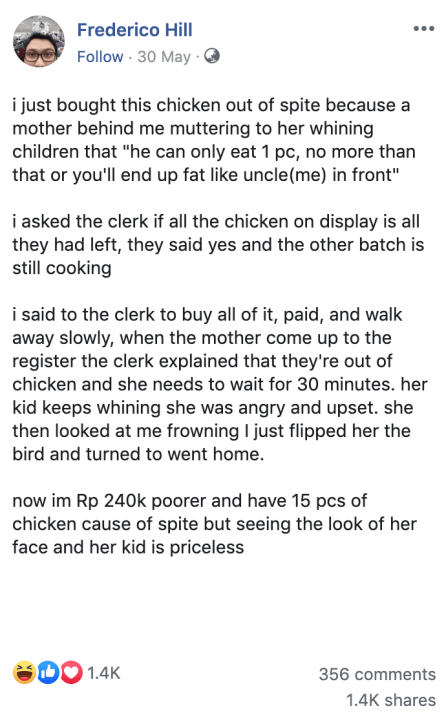 Hill wrote in his post that he bought 15 pieces of fried chicken just to spite the rude woman queueing behind him.

The aunty told her kid audibly,

“You can only eat one piece (of fried chicken), no more than that. Otherwise, you’ll end up fat like the uncle in front.”

By “uncle”, she meant Hill.

When he heard what the aunty told her kid, he asked the cashier if the fried chicken on display were all that they’ve got. When they said yes, he purchased every single piece that was available, although a new batch was being prepared in the kitchen. 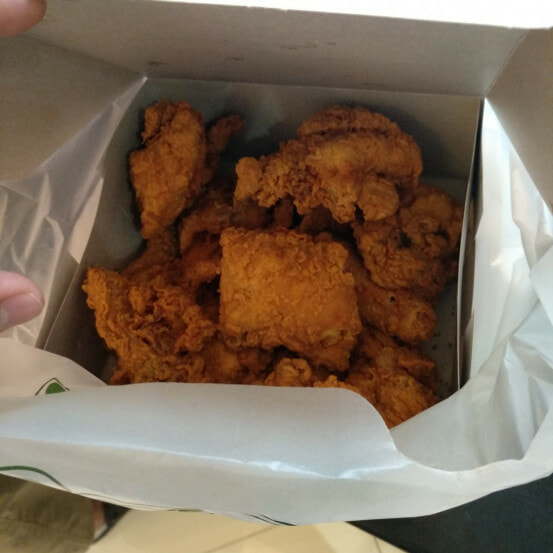 He paid Rp 240,000 (approximately RM70) for the whole box of chicken and walked away slowly and savagely, and savoured the aunty’s reaction.

When she proceeded to order, she was told by the cashier that they ran out of fried chicken and she was requested to wait for another 30 minutes for the new batch to be ready.

Her kid started crying and she became upset. When she turned around, Hill pointed the middle finger and left the building.

Hill expressed that although he is now RM70 poorer, the look on the woman and kid’s faces were priceless.

Well, this story isn’t about Hill’s pettiness or being in the right or wrong. We understand that parents want their children to be healthy, but they should use other better ways to educate their children!

Fat-shaming is not one of them and it just leads to hurting others.

Also read: 17yo Boy Eats Fried Chicken Almost Daily, Has Problems Getting ‘It’ Up During Sex With GF 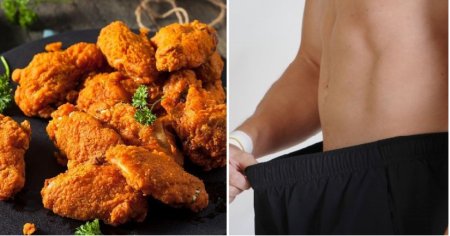